Afterword: Standing at the Lordean Shoreline – The Feminist Wire

Afterword: Standing at the Lordean Shoreline 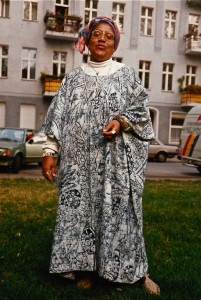 Today is the end of TFW’s global forum on Black Lesbian Feminist Mother Warrior Poet Audre Lorde/Gamba Adisa. With over 50 contributors, this forum is most definitely our largest one to date. Over the past twelve days, invited scholars, activists, filmmakers, poets, cultural workers, theologians, and/or students from across the United States and in countries in Europe, the Caribbean, and Africa have celebrated, interrogated, and reflected upon Audre Lorde’s life and living legacy in her 80th birthday anniversary year. In their own unique way, each contributor used prose, poetry, audio, and video to respond to Sister Lorde’s profound statement/question,

I am myself — a Black woman warrior poet doing my work — come to ask you, are you doing yours?

So much has been written and spoken by a wide range of very diverse individuals. Rather than write an Afterword that brings additional perspectives and insights grounded in Lordean thought, I/we thought it best to create space for everyone who is interested to re-read (or read for the first time), marinate, and meditate on the featured offerings in the name of The (Audre) Lorde.

This is also a time to express infinite gratitude to many individuals who made this forum a reality. Foremost, this forum exists because of our incredible contributors whose writings created an invaluable Sacred Lordean Text that reaches across many differences.  In addition to their graciously agreeing to be interviewed on camera for their “Feminists We Love” interviews, both Elizabeth Lorde-Rollins and Gloria I. Joseph supported this forum in each of their uniquely pivotal “behind the scenes” ways. I am/we are grateful.  Dagmar Schultz gave this forum several priceless gifts. I will highlight two of them. The first priceless gift was connecting us with the Black/African German women contributors in this forum. They each knew and worked with Sister Lorde. The second priceless gift was granting permission for us to use many of her herstoric and exquisite photographs of Audre Lorde that are featured in the majority of our published offerings. In response to my urgent 13th hour request, photographer Susan J. Ross also gave this forum the priceless gift of granting us permission to use her beautiful photographs from Spelman College’s Women’s Resource and Research Center‘s 25th Anniversary, which was a symposium on Sister Lorde’s legacy.

TFW’s contributing editor Hakima Abbas kept our collective pulse on parts of LGBTQIA Africa. She took the lead with our publishing Gabrielle Le Roux’s moving tribute in honor of recently departed radical South African activist Sally Gross’ life and legacy. She was also responsible for our timely publishing of Jessica Horn’s call to action in response to the President of Uganda passing the  egregious and inhumane anti-homosexuality bill.

After the completion of my teaching the inaugural Audre Lorde: The Life of a Silence Breaker seminar at Temple University in late spring 2013, I began conceiving, developing, and curating what evolved into this global forum. I did not work alone. Each member of TFW’s Audre Lorde Forum editorial team (Ness white, Heather Laine Talley, Brooke Elise Axtell, Heidi Renee Lewis, Alexis Pauline Gumbs, David J. Leonard, Kai Green, Mecca Jamilah Sullivan, TC Tolbert, Darnell L. Moore, and Stephanie Gilmore), in concert with Tamura A. Lomax and Monica J. Casper, carried a large or small part of this massive load. Regardless of the size, each part made up the whole. It was a major operation with  google calendars and multiple google spreadsheets, dropbox folders, lots of emails and definitely some meltdowns on my part. The #TFWPraisesTheLorde hashtag was co-created via email by Heidi Renee Lewis, Brooke Elise Axtell, and me, across three timezones on a very late night leading up to the forum. In fact, there were many very late nights preceding the launch of the forum, and definitely throughout this forum. Putting the final touches on writing  this afterword tonight at 2:25am(pst) isn’t any different from most other nights.

We each joyously do this type of hardcore TFW work for free. This is the #InvisibleFeministLabor in LOVE that TFW managing and associate editors  co-wrote about in our sustainability campaign, which was conceived by Heather Laine Talley. At the end of each of our forums we provide a list of every single article, with the authors name and direct links. This is a living table of contents that is often used in traditional and non-traditional curricula inside and outside of the academic industrial complex. We do not charge any fees to, at the very least, cover the basic costs of our technical infrastructure (subscriptions to Submittable and BlueHost). If you’ve benefited from reading one article in this forum or multiple articles on our site, please consider financially supporting our work. 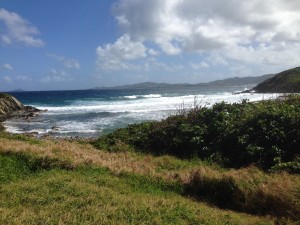 In closing, we invite you to revisit our small section of the vast Lordean Ocean again and again; while simultaneously asking yourself if you are doing your work in your corner of the world to make it more humane for all of its inhabitants?

I am a lesbian woman of Color whose children eat regularly because I work in a university. If their full bellies make me fail to recognize my commonality with a woman of Color whose children do not eat because she cannot find work, or who has no children because her insides are rotted from home abortions and sterilization; if I fail to recognize the lesbian who chooses not to have children, the woman who remains closeted because her homophobic community is her only life support, the woman who chooses silence instead of another death, the woman who is terrified lest my anger trigger the explosion of hers; if I fail to recognize them as other faces of myself, then I am contributing not only to each of their oppressions but also to my own, and the anger which stands between us, then must be used for clarity and mutual empowerment, not for evasion by guilt or for further separation. ~ Audre Lorde, The Uses of Anger: Women Responding to Racism

Without community there is certainly no liberation, no future, only the most vulnerable and temporary armistice between me and my oppression… ~ Audre Lorde, The Cancer Journals 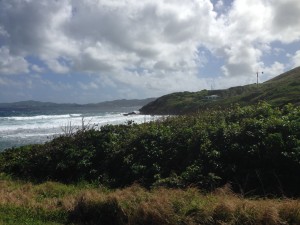 In the Hands of Afrekete! Ashe’.