It may seem incorrect to talk about death for a birthday celebration. I believe that we must embrace death to appreciate life. Contemporary America tends to have an awkward relationship with death. It causes people to fumble around emotions they aren’t used to dealing with in an often sterile world that teaches a desensitization to killing but has little grasp on dying. Instead of understanding and welcoming it at the appropriate time, we are taught to fear and avoid death –. Life isn’t really life without death. I don’t see death as an end to life, but as a transition into living in new ways. 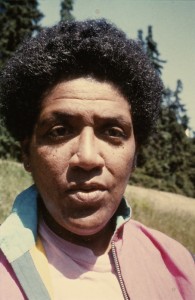 Her death happened more than twenty years before my relationship with her ever started. Through minor disagreements with her seeming inconsistencies and my moments of warm camaraderie, Audre Lorde had never been in this world. However, this did not seem like the reality of the situation until I was sitting on a bench in Rittenhouse square in Philadelphia on Saturday afternoon, absorbing sun-rays and the drifting sounds of street musicians. It was in that moment that Audre died to me. This should have been something I realized when reading The Cancer Journals, or A Burst of Light,  which Lorde so readily accepted her own mortality and acknowledged her slowly, and yet, approaching end. She knew she was going to die. She warned me that she would be gone. Before that moment, she had been challenging me on a weekly basis when I was a first year undergraduate student in Professor Aishah Shahidah Simmons’ Audre Lorde: Life of a Silence Breaker class at Temple University. She forced me to deal with the privilege of being a white feminist in Sister Outsider. I cried with her as she lost members of her network of loved ones, birth family and queer family, over the course of her biomythography, Zami: A New Spelling of My Name.  But it took reading the dedications and remembrances in the end of The Cancer Journals: Special Edition to accept the end of her life and to see the new beginnings she created.

Once Lorde was finished actively contributing new things to the universe in the physical form, she became a source of power for others who carry out her living legacy by doing their own intersectional work in the world. Lorde is still perpetually giving to others. As a shero, Audre created space for new conversations around intersecting identities that were previously hushed or silenced. In death, Audre is generous in what she leaves behind without asking for anything in return. 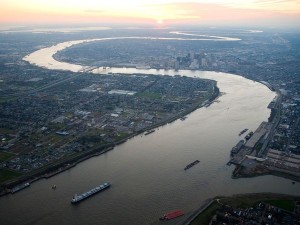 Elliott, the self defined Radical Feminist Dyke, identifies Lorde as one of the women who is also akin to the Mississippi River in her remembrance in The Cancer Journals: Special Edition. Elliot sets up this metaphor based around living her life close to the Mississippi River.  The river was just far enough away for her to not be intimate with the river but close enough that her body yearned for the river and felt drawn to it. Elliott identifies this cosmic attraction to Audre by defining a simple word we throw around quite often. Elliot writes:

There’s a word for loving something we’ve never touched: hope.

Her words beg the question, can we feel hope for something that is physically gone? I believe we can and must.

We have the unique opportunity to still have access to those who were touched by Lorde. Using Elliott’s Mississippi River metaphor, we have ways to engage our longing for the river by enjoying the tributary rivers which spider web all through our current times. In doing this, we still have bits and pieces of Lorde, from which we can gather our own bits and pieces. I personally hope to become a pond or a small creek, which will at least be able to humbly mimic the beautiful power of Audre Lorde and other feminist icons in my own sphere.

This may be my own Audre-ism of sorts, which her partner Dr. Gloria Joseph describes in her reflection in I Am Your Sister: The Collected and Unpublished Writings of Audre Lorde as the word Crucians used to describe stories embellished by Lorde’s “vivid, creative imagination.”  Personally, I believe all of us who read Lorde are non-violent robbers from a grave that has been intentionally left wide open for the scouring. She showed us her own honesty, both politically and emotionally as writer Alice Walker points out in her “I Am Your Sister” remembrance. Lorde led by example. In sharing her own complex truths, she encouraged us to reveal our own contradictory truths.

Even in death, Lorde continues to demand that we are our most authentic selves. In this way, it is relevant to look at the way we can become creeks, brooks, and even rivers for the work of the Black Feminist Lesbian Mother Warrior Poet ~ Audre Lorde. We can be the places in which death becomes continuation. This is her living legacy. 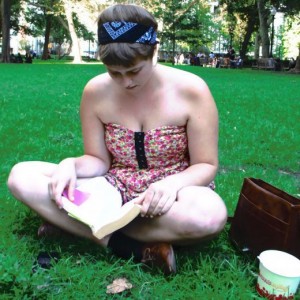 Morgen Snowadzky is a sophomore at Temple University who is majoring in Women’s Studies and minoring in Public Health. She is a certified peer educator at the Wellness Resource Center on campus and is currently working with a Temple-area feminist collective.” She hopes to become a feminist sexuality educator.