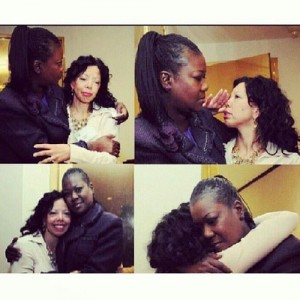 In “What is this “black” in black popular culture? (Rethinking Race),” the late, great cultural theorist Stuart Hall, poignantly asks, “What sort of moment is this?” I’ve wrestled with this question for at least a decade. Though Hall’s “moment” reflects a struggle over cultural hegemony – the need to make room in critical discourses on transnational blackness for meanings inclusive of, yet, beyond U.S. centric white racial politics, the question remains relevant in that essential blackness remains a unifying factor in defining what it means to be a part of the black diaspora.

To be sure, the lines between macro representation and identification – how blackness gets re/presented in a hegemonic white supremacist cultural imagination and how black folk individually and collectively define themselves – are heavily blurred. Still, some sort of distinction should be made between the two in order to situate Hall’s question in the present tense, and to use it as a way of talking about the criminalization of black “flesh” and the fetishization of white heroicism in the millennium.

Of course neither of these ideas are anything new. People of color have been trying to give old modernity his race epistemes back for a very long time. However, as Hall writes, the post-modern moment that we’re in is regrettably filled with the influences, peripheries, and determinants of high modern forces. That is to say, our present moment, which is simultaneously marked by new forms of media, is guilty of taking old knowledge, repackaging it, and redistributing it, thus normalizing historical ideas of difference and influencing social action.

Put it another way, the moment that we’re in is a moment that is embellished by age-old antiblack racist mythology, and a voyeuristic visual culture that not only obscures the lines between reality and fantasy and fixation and repulsion, but also mass mediates inherited ideas of ‘normativity’ and ‘difference’. And regardless of what any of us would like to think, the normalization of racial difference has never limited itself to the white supremacist imaginary. 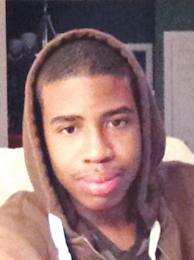 To make things even more clear: Mass mediated ideas of black ‘difference’ has led to antiblack racism and the latter has led to death.

Worse, we live in a society where “criminals” are done away with. Black “criminals,” whether they are guilty of anything or not, are expunged.

The material lynching of black “flesh,” and heightened levels of callousness toward the same, blemish the present moment. What we’re dealing with right now is what critical race theorist Thomas C. Holt, called ideological distortion, which he argues historically climaxed in material fury, e.g. the lynching and burning of black bodies. Institutionalized forms of terror clearly aren’t a thing of the past. White lynching of black “flesh” is experiencing an unprecedented structural and interpersonal revival. 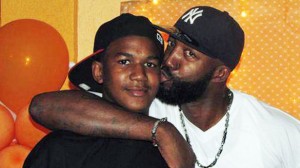 Our black children, brothers, sisters, aunties, uncles, mothers and fathers are being assassinated. For those who still don’t get that this is, among other things, a feminist issue, you will never get it and are thus a part of the problem. Relationships in the global economy are structured in dominance. Transnational racism, sexism, classism, heteropatriarchy, imperialism, etc. etc. etc., are parallel interlocking systems of oppression that shape relationships within domination/subordination dialectics and actualities.

Black and women of color are especially impacted by this. I am a black mother and a black wife. I fear for my beloveds safety everyday. Ain’t I feminist too? Ain’t the potential murder of my loved ones and how that may impact me and others in my community a feminist concern too?

White and other feminists who ignore the numerous ways that white supremacist antiblack racism systematically affect black and brown peoples day in and day out throughout the diaspora, please tell me, why is it so hard to understand that race, sex, sexuality, class, gender, nation, etc., are all always present, and that these oppressions are both structural and individual? And white America, why is it so hard to comprehend when we respond to these oppressions with what black feminist Audre Lorde called “righteous rage”? 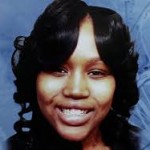 All: Please don’t think Lucia Mcbath, Sybrina Fulton and many other black mothers aren’t full of rage with regard to the lynching and potential lynching of our children and loved ones. Please don’t mistake our dissemblance for complacency with the pervasiveness of what James Baldwin names as “white criminal power,” which too often rewards and/or overlooks white supremacist material fury. We are pissed off! And no, please don’t attempt to tell us how to be angry. The social-cultural-historical-political conditions of our lives guide our displeasure, not any set of respectability politics. So you can call us angry black women if you like but dammit check the context for once.

In her essay, “The Uses of Anger: Women Responding to Racism,” Lorde reminds us that the anger of exclusion, unquestioned privilege, distortion, stereotyping, silence, ill use, betrayal, intimidation, et al., is indeed righteous, corrective and absolutely appropriate. The moment that we’re in – where mass mediated white supremacist anti-black racist ideology equals unreasonable black death and where unreasonable black death takes the form of 21st century lynching and where jurors can’t even agree that anti-black lynching is not only a function of white supremacy, but murder(!!) – requires this. 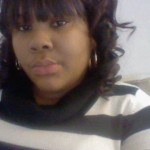 With all of this in mind, the ideological impact of a re/presented blackness that is embedded within colonial imperialism cannot be read in historical isolation. Instead, it must be read against both old and new markets, motives, exploitations, and legitimations. White authorized re/presentations of black otherness are not innocuous. They are a requirement for white subjectivity, superiority and paternalism. As cultural theorist Mark Anthony Neal argues, black assault is unintelligible in this context – where black life is continually structured under the guise of black inhumanity.

To this end, we should not be surprised when justice is denied. If recognition of rights comes by way of indispensable personhood but criminality was the path for racialized citizenship, and blackness continues to be mass mediated and seen as inherently both dispensable and criminal, our fight against structural violence, which demands more than good behavior and white approved citizenry, is an uphill battle. Righteous black rage, which understands that all oppressions are linked and that #JusticeforJordan is connected to the criminalizing of blackness and the normativizing of white racist antiblackness transnationally, is needed now. And no, I’m not suggesting that the black diaspora resort to racial violence. I still believe that love and justice go hand in hand. 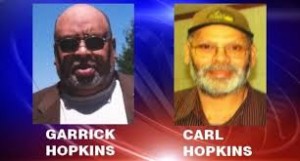 However, the kind of love I’m thinking of is unapologetically disinterested in what late critical race theorist Derrick Bell refers to as “racial schizophrenia” – “A long-term mental disorder…involving a breakdown in the relation between thought, emotion, and behavior, leading to faulty perception, inappropriate actions and feelings, withdrawal from reality and personal relationships into fantasy and delusion…” To be sure, Bell’s choice of words could be read as ableist or insensitive, particularly to those struggling through mental health challenges. What I’m trying to point out is an explicit resistance toward racial illusion.

The love and justice that I’m imagining here overstands that U.S. democracy was established through white mendacity and chicanery. This reality shapes macro and micro relations. And as the ancestors tried to warn us, it will take the righteous rage and cleverness of Br’er Rabbit and his kinfolk and numerous others to distort the cultural normativity of criminal whiteness and the casualness with which it functions. In the meantime, I offer this open letter below.

When will you recognize that your own well-being is threatened by the racist status quo? When will you shred that ‘white card’ of yours, whose balance of transnational antiblack racism and white criminal power never nears zero? When will you shine the light on criminal whiteness and tell the truth about it? When will you come to terms with your simultaneous fascination and dis/ease around so-called “otherness”?  And when will you stop trying to anchor black life in pathology — and whiteness in heroicism?

So to each and every racist, sexist, heteropatriarchal, imperialist monster, we’re tired of your shit. And if you’re white and aren’t any of these things (and you have at least 3 black radical friends who will readily confirm this behind your back), then this message isn’t for you. To all others: white racist transnational antiblackness kills. And we are beyond “sick and tired of being sick and tired.”

The race epistemes of modernity are tired. They are old and worn out. Further, they don’t reflect us. No. They name you. And your name is racist. Please don’t become angry and indignant when you are called out for this, or attempt to signify by naming critiques of your racism toxic or evil. No. White supremacist antiblack criminal power and the ways in which you continue to use it to structure black and brown life within contexts of domination and subordination is evil. The ongoing ignorance of this is evil. You sir and ma’am, who participate in the incessant criminalizing of blackness, are evil. And this includes those of you who turn a deaf ear and blind eye to our constant struggle for full humanity and pretend to have no idea of how structural violence a) benefits you, and b) is death-dealing to those of us blessed with black and brown skin.

I blame you for re/constructing and maintaining ideas around “blackness” as Europe’s opposite, for continuously erasing the barbarity of European contact/African conquest from the public record, and for passing on and normalizing Europe’s civilized/primitive dialectics in the new millennium. And I detest how you provoke and permit certain antiblack feelings and treatment, then feign innocence and victimhood when you experience black rage.

Get over your hatred, fears and insecurities and leave us the hell alone.  The fire just might come next time.

***This essay is significantly informed by my forthcoming book on race, gender, religion and representation. 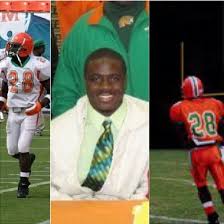 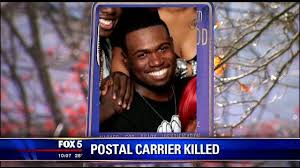 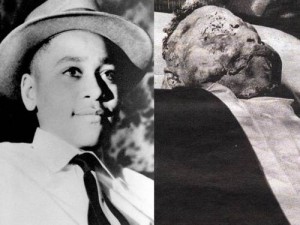 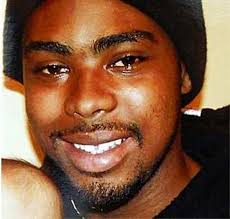 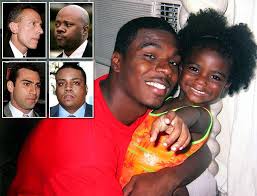 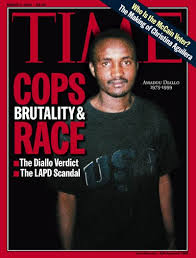