Victimwashing: Guns, Violence, and the Politics of Whose Lives Matter – The Feminist Wire

Home / Academia / Victimwashing: Guns, Violence, and the Politics of Whose Lives Matter

Victimwashing: Guns, Violence, and the Politics of Whose Lives Matter

In February, the New York Times published an article on legislative initiatives to arm college students in an alleged attempt to reduce sexual assault on campuses. Surely this represents a desperate (and almost ironic) attempt by the American gun lobby to get back into the public’s good graces after the tragic events of Sandy Hook and other school shootings. But why now? What does the timing of the gun lobby’s proposal tell us?

For the past few months, both mainstream and social media have focused on the extrajudicial killings of young men of color. From Trayvon Martin, to Tamir Rice to Michael Brown, the deaths of young black and brown males are making the news. It is important to note that, while relatively more media attention has been paid to the loss of black life (broadly defined), the murder of trans women of color goes virtually unreported in the mainstream media. In fact, already this year three black trans women have been murdered. Nevertheless, white Americans have been challenged to confront deadly institutionalized racism on their television sets and in their twitter feeds.

It’s within this context that concern with the problem of collegiate sexual violence has erupted at unprecedented levels and that one solution proposed involves putting more guns into white hands. It is as though politicians and mainstream thought leaders have decided that enough attention has been paid to black victims of state violence, and now plan to make every effort to change the channel back to the white supremacist soap opera where guns are good and the victims of violence are always white. Ultimately, this bizarre proposal broached in the New York Times article results in people of color becoming more at risk of gun violence.

In her 2011 article “Jasbir Puar writes about Israeli “pinkwashing,” or Israel’s redirection of international attention from violent repression of Palestinians towards its “gay-friendly” policies and liberal democratic institutions. The same slight of hand is occurring right now in the US. The success of Black Lives Matter movements coincides with this ten-state legislative proposal. The end result is that attention is turned toward sexual assaults on university campuses and the quintessential victim of violence: the white woman.

This victim swapping, or victimwashing, is evident in the justification for allowing guns on college campuses provided by Nevada Assemblywoman Michele Fiore:

If these young, hot little girls on campus have a firearm, I wonder how many men will want to assault them. The sexual assaults that are occurring would go down once these sexual predators get a bullet in their head.

First of all, GIRLS!?! As a faculty member at a large public university, I’m pretty sure my students are all adults, thank you. But more importantly, let’s just pause for a second and look at the image of the victim sexual assault Fiore has created.  Apparently all victims of sexual assault are “young,” “hot” and “girls.” Indeed, this is definitional. These characteristics provoke the assault. Anyone who does not fit into those categories is unimaginable as a victim of rape and therefore unworthy of protection. Fiore’s reliance on Americans’ perennial concern for the “hot” and “young” girl evinces the logical flimsiness of her proposal (I’m not convinced even she really believes this would reduce sexual assault.) and the real purpose of the campaign—distraction from the issue of gun violence against people of color.

Relatedly, this policy initiative reflects a total (and intentional) misunderstanding of sexual assault on campuses. The problem of sexual assault on campus is not lurking “predators,” it’s a culture of rape established and maintained by the institutions of higher ed. As someone who hails from Pennsylvania, I know that Penn State institutionally protected Jerry Sandusky for years while he committed rape.

Institutionally sanctioned sexual violence is why victims are often hesitant to report crimes committed against them. They fear of secondary victimization–when the institutions that are allegedly supposed to protect and listen to them instead vilify them and maintain sexism and patriarchy.  Change the institutions that facilitate rape, stop de-funding, ignoring or otherwise marginalizing Women’s and Gender Studies programs and other anti-oppressive disciplines like Ethnic Studies (I’m looking at you, Arizona), so that college students can have intelligent, informed conversations about sexual violence. Last but not least, give students the power to craft policies and initiatives they believe in and feel will work. Don’t co-opt the issue of sexual assault to push a firearms agenda.

Next, we need to talk about how this proposed legislation not only advocates turning college students into assassins, but is also designed to bypass any form of judicial process by putting “a bullet in [the] head” of alleged perpetrators. The state of Nevada already has a precedent for skipping due process with the systemic underrepresentation (bad lawyering) of death penalty cases, leading to wrongful conviction and execution…of black men. Extend state violence against people of color onto our campuses? I can’t wait.

Finally, it is not coincidence that the state legislatures pushing this are many of those with so-called “Stand your Ground” laws, including my current state of residence, Arizona. We need to do an intersectional analysis of gun violence as well as sexual assault. (See Kimberlé Crenshaw’s classic 1992 article, “Mapping the Margins: Intersectionality, Identity Politics, and Violence against Women of Color.” All the same rules apply).  Who gets killed by guns in Arizona? People of color. Who kills them? The police. THAT’S THE GUN ISSUE WE NEED TO BE TALKING ABOUT. (Here’s a link to one recent article, but there are numerous examples.) 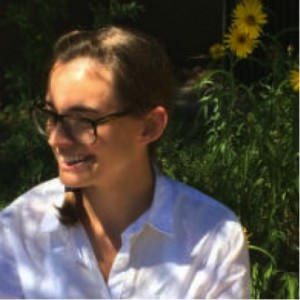 Julie Moreau is a faculty member in the Women’s and Gender Studies program at Northern Arizona University. She studies sexuality and citizenship in the global South. She would like to thank the editors at The Feminist Wire for their invaluable comments on earlier drafts of this piece. She can be reached at Julie.moreau@nau.edu.