REVIEW: All About Skin: Short Fiction by Women of Color – The Feminist Wire

Home / Activism / REVIEW: All About Skin: Short Fiction by Women of Color

REVIEW: All About Skin: Short Fiction by Women of Color

At the Boundaries of Belief 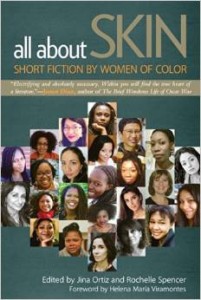 Review of All about Skin: Short Fiction by Women of Color, ed. Jina Ortiz and Rochelle Spencer

In her 1993 Nobel Lecture in Literature, Toni Morrison entreated: “Make up a story…tell us what the world has been to you in the dark places and in the light. Don’t tell us what to believe, what to fear. Show us belief’s wide skirt and the stitch that unravels fear’s caul.” In their 2014 short story collection, All about Skin, editors Jina Ortiz and Rochelle Spencer have given space to writers who heed Morrison’s call. In revealing the dim and vivid places of the worlds of women of color, and moreover in pushing the limits of belief—in characters, in cultures, in races, in nations, in histories, in futures, in genres, and in women writers—the collection breaks literary ground. The incredible breadth of ideas explored provides a brilliant sample of the innovative and masterful work being produced by contemporary women writers of color. 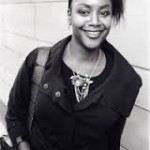 Among other achievements too numerous to mention, the authors in the collection have had their writing anthologized in Best American Short Stories and The O. Henry Prize Stories; their work has been published in The Atlantic and The New Yorker; they have held fellowships from the National Endowment for the Arts and Guggenheim; they have won the Iowa Short Fiction Award and the AWP’s Grace Paley Prize for Short Fiction. They are editors and professors and journalists and mothers; they run foundations and communications companies and journals and workshops; they hold MFAs and PhDs and write plays and screenplays and poetry and nonfiction. The talent and diversity of these writers lead to a rich tapestry of stories that elegantly offer glimpses into worlds that are all too often excluded from anthologies of American writing. 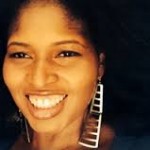 As Helena Maria Viamontes remarks in her foreword, it remains difficult to find collections of short stories by women writers, let alone by women writers of color. When a woman of color is anthologized, she is likely to be a single voice, or one of only a handful. What makes this collection so special, then, is that these diverse voices are heard in concert, playing a symphony of lives of color that is otherwise largely unavailable. In reading these stories together, themes begin to emerge that join the experiences of disparate characters from seemingly unrelated worlds. These themes are merely starting places where one could begin to delve into the concepts that make this collection extremely exciting and endlessly quotable. In, for example, Chinelo Okparanta’s “skinless flesh,” Joshunda Sanders’ “trying to get full but only getting fat,” and Mecca Jamilah Sullivan’s “paradox of our body,” ideas about the black female body are extremely personal, yet somehow universal; the images created seem to summon ZZ Packer’s insistent: “You know what I mean?” As a woman of color, yes—I know what these characters mean, and I know what they mean to me. To me, they mean that I can dive into worlds of figures that I know like they were members of my own family. They mean that I can place myself inside of the dark places and the light and they mean that I can theorize from those places. 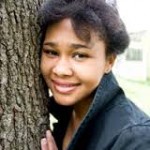 Literary theory lends itself to this collection, which often feels very academic; yet, the nuanced work being done calls specifically for theories that are born(e) from inside the stories themselves. The contributions these theories could make to women’s studies and cultural studies, among other fields, are significant because, to a large extent, they are new. While many of the themes are recognizable—identity, belonging, sexuality, reproduction, knowledge, violence, love, subjectivity, futurity, transformation, the list goes on—they are approached from novel perspectives such that the conversations they engender may enter previously unexplored territories. 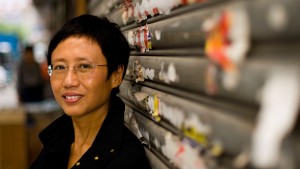 One place where this exploration falls short is in the paucity of queer characters. While romantic and sexual relationships are abundant throughout the collection, these relationships are always heterosexual and often procreative. As one of All About Skin’s strongest attributes is its diversity of perspectives, this omission is particularly apparent and bothersome. Also potentially detracting from the collection is its title. Borrowed from Xu Xi’s eponymous story, a science fiction tale that is very literally all about skin, the editors state that they chose the title for its irony; the stories both are and are not “all about skin.” While true, this paradox may be lost on the casual observer, who—given the volume of paratext—appears to be included in the book’s intended audience. Considering the impressive reach of the collection, the title would be unfortunately reductive in this case.

Nevertheless, the title plays well with the cover of the book, which features photographs of the included authors. Immediately striking is how beautiful these women are; juxtaposed with the title, one is led to consider the adage: “beauty is only skin deep.” It seems a fitting avenue of thought upon first glance at a collection that mines the beauty and the ugliness of the worlds of women of color and meditates on the subtle and overt ways in which skin, that biological marker of race, is at the beginning of and entwined throughout the experiences of these worlds. Exploring the dark and the light of skin itself and of considerably deeper places, the beauty of All About Skin is in the exquisite language of an exceptionally talented group of women writers and in the ways that such language encourages desperately-needed discourse around the importance of the writing of women of color in the American literary lexicon. All About Skin achieves its objectives—to showcase diverse voices, to celebrate “the short story’s revelatory nature,” and to bring these voices and stories together such that it is abundantly clear that there is no single experience that is definitive of any group of writers—and then it goes a step further. As it announces its singularity among short story collections, All About Skin compels a consideration of the literary and theoretical value of anthologies based on the diversity of thought within them. Accessed through the inclusion—in meaningful numbers—of women of color, this multiplicity is what allows that womanly visage, belief, to let her skirt fly.

Sarah Mantilla Griffin is a mother and a cultural critic. She holds a Ph.D. in English from the University of Pennsylvania and a B.A. with honors in American Studies from Stanford University. Her research primarily focuses on African-American literature, with special interests in women’s writing, black feminist theory, and sound theory.