ELEMENTARY FEMINISMS: Being a Feminist at Fourteen – The Feminist Wire

Home / Academia / ELEMENTARY FEMINISMS: Being a Feminist at Fourteen

ELEMENTARY FEMINISMS: Being a Feminist at Fourteen

I go to a school where the boys outnumber the girls. This isn’t a small difference; there are pretty much two and a half boys for every girl. I never noticed the difference until now. Since Emma Watson’s iconic speech, gender politics has been a hot topic at my school. I always knew I wanted to be equal to the boys when I grew up, and I always assumed that it would be a given. I never thought that I would ever have to fight for something that my friends who happen to be a different gender could simply take. I never understood why there were protests and petitions in the westernised world where I live to make things equal. I thought gender equalities already existed in today’s society. I never realised that things weren’t equal until recently.

I am a feminist. Maybe I am considered too young or too naive to be a feminist, but I like to think I am. You see, in class debates, the room would split. There would be six girls battling fourteen boys in the war of the sexes. At first, this was all considered light-hearted fun or “banter.” But then boys’ sports suddenly got more recognition than girls’ sports, boys had more lax uniform restrictions than girls, boys threw around terms like “slut,” “whore,” “ho,” and “slag” whilst girls were supposed to just patiently put up with it. But that wasn’t it. There was so much more. It was 2014, so why did it feel like 1912?

Unfortunately, I can say I did nothing. I dealt with the rules and restrictions. I accepted the naming and shaming, and I sat there and did nothing as so much of this went on. I blatantly put up a blind eye and ignored the fact that boys get “special treatment” compared to girls. 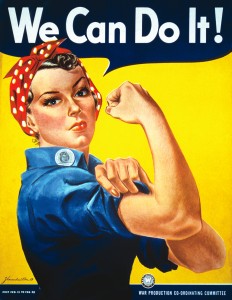 Once I realized this, the special treatment had to stop. I began to battle back – not just me, but all of us girls put up a fight. However in the battle for equality, strength comes in numbers and we didn’t have them. Additionally, boys tried to dismiss our actions by using the word “feminist” against us in a shrill disgusted tone.

Girls began to give up. Why? Because of the ways the boys reacted. We were labelled man haters and sluts. We grew scared. The boys were bigger, stronger, and more powerful than us. Why were we battling? Why were we fighting a war we could not win? Then it struck me.

We should not have been fighting in the first place. Gender equality is not a waging war between two genders. Gender equality should incorporate everyone regardless of their gender identifications. Feminism has just as many benefits for men as it does for women; it also challenges this idea that there are only two genders and that girls are lesser than boys. So why is it considered a battle of the sexes when gender justice is a battle for the sexes. Gender justice must benefit everyone. 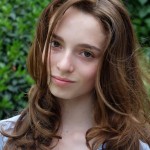 Olivia Emin is a fifteen year old from North London who discovered her huge interest and passion for writing recently.  She is an advocate for global equality and hopes to write more in the future.