Feminists We Love: In Praise of Black Women Teachers – The Feminist Wire

Feminists We Love: In Praise of Black Women Teachers 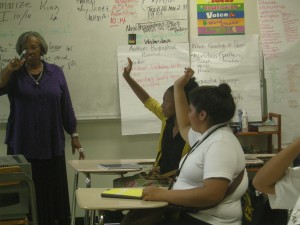 Editors Note: Instead of focusing on one or two specific Feminists We Love, this Valentines Day we highlight a photo-documentary project that uplifts progressive African-American teachers who are “on the frontlines of feminist change.”

Even though they might not label themselves as such, progressive African American women teachers are often on the frontlines of feminist change.  They are largely unsung, yet devoted to a radical vision of teaching and critical literacy that extends beyond the narrow confines of the classroom.  They espouse a justice ethos that pushes students to resist the oppressive paradigms of self and low expectations imposed on them by the dominant culture; often working under conditions that denigrate their professionalism as women of color.

Time and again, national data have borne out that highly qualified teachers are one of the most important factors in student achievement.  At the epicenter of American educational apartheid, black and Latino students are the least likely to have culturally responsive highly qualified teachers.  Indeed, the savior teacher from central casting—bright-eyed, bushy-tailed, eternally resourceful, bane of all the gossips, slackers and just-collecting-a-paycheck curmudgeons that dam up in the mythic faculty lunch rooms of teacher films—is always blindingly white, a thorn in the side of school administration, an unrepentant rebel who the surly ghetto denizens he/she teaches wind up loving unconditionally.  At the predominantly black schools I attended up until high school we could always sniff those teachers out a mile away, contemptuous of their missionary stagecraft.  The majority of the teachers who motivated us, who challenged us to think deeply and critically, inspiring us to push past the racist, sexist expectations of the dominant culture, were black teachers.

I grew up around a community of teachers—primarily my mother’s friends and colleagues—who were nothing like the earnest white tourists depicted in films like Freedom Writers, Dangerous Minds, Fame and countless other paeans to the redemptive power of maverick white teacher geniuses.  As a junior high school student in Watts in the 1950s my mother, Yvonne Divans Hutchinson, pledged to become a teacher in her community after a white male substitute imperially told her class that they were lucky he’d deigned to come down to the “ghetto”.   She stayed in South Central Los Angeles and went on to be a nationally acclaimed teacher-leader whose pedagogy has been widely documented and emulated. But exemplary black teachers’ day-to-day dedication to community, critical rigor, and nurturing the intellectual curiosity of black children is rarely highlighted in mainstream representations of teaching practice. 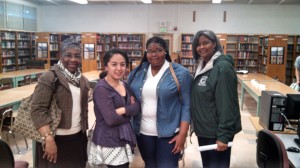 My early classroom experiences were shaped by instructors like my fifth grade teacher Mrs. Haley and my eleventh grade English teacher Ms. Brown.  Haley electrified her students’ imaginations, employing playfully inventive strategies to connect literature, science and history to real life.  Brown, a Chaucer devotee, buttonholed me when I was slacking off in her world literature class and told me there was no way she would let me fail. Growing up, the most commanding film portrayal of a black woman in the classroom that I can recall was the 1980s TV movie on Chicago teaching legend Marva Collins.  Even now the Collins’ film is one of the few that spotlights a black woman protagonist without a “sympathetic” white filter.  Analyzing nearly sixty years of teacher portrayals in American film, SUNY professor Barbara Breyerbach only identifies six African American teachers who appear as lead characters.  Indeed, most national news stories on the “art” of teaching and educational redemption revolve around white missionaries and their studied heroism.  According to these narratives the most prized, innovative teachers are those that come from the temporary inner city workforce generated by Teach for America and hot credentialing programs at elite universities.  Whenever black women appear in these narratives they are bit players, world weary administrators or burnt out scolds hewing to an “antiquated” pre-information technology vision of the classroom.  On the other hand, black women teachers are supposedly “blessed” with the natural ability to exude strength and compassion with children of color because of their caregiving skills.  Their teaching is not perceived as an intellectual, scholarly craft demanding rigor and discipline but as an occupation, an extension of their “maternal instincts”.  As bell hooks writes in Teaching to Transgress:

It was always assumed by everyone else that I would be a teacher.  In the apartheid South black girls from working class backgrounds had three career choices.  We could marry.  We could work as maids.  We could become school teachers.  And since, according to the sexist thinking of the time, men did not really desire ‘smart’ women, it was assumed that signs of intelligence sealed one’s fate.  From grade school on, I was destined to become a teacher.

According to acclaimed educator Michele Foster, “During the three decades following emancipation and the first six decades of the twentieth century, teaching, along with the ministry, was one of the few occupations open to college-educated blacks.  ‘The only thing a Negro can do is teach or preach,’ people would say.” (xvii).  As a student in segregated Montgomery Alabama in the 1950s, civil rights activist Claudette Colvin recalled the impact of her black female English teacher, “We were supposed to be an English literature class but Miss Nesbitt used literature to teach life.  She said she didn’t have time to teach us like a regular English teacher…Instead she taught us the world through literature…(she) made us see that we had a history too—that our story didn’t begin by being captured and chained and thrown onto a boat.  She would say, ‘why do we still celebrate Independence Day when we are still in slavery?”  Black students are politicized in the classrooms of the best black teachers.  They are critically and actively taught self-love and cultural identity in a toxic environment. 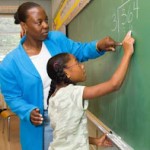 Currently, African Americans are only 8% of the teacher workforce, while black students represent 16% of the school population.  In an educational climate that has become more racially polarized and segregated white women now comprise 63% of the teacher workforce.  Discrimination, high stakes tests, poor working conditions, rampant charterization/corporatism and a lack of institutional and cultural support all contribute to high turnover for K-12 teachers of color.  The overall decline of unionization (many charter schools are non-union), coupled with strategic attacks on teachers’ unions, have also fueled turnover and undermined job security.  Nonetheless, in a culture in which black youth are routinely criminalized, becoming an activist black teacher is a political act.  The national assault on black youth signified by mass incarceration, racist discipline policies, Eurocentric curricula and diminishing college preparation makes the craft of culturally responsive pedagogy all the more urgent.  As my mother argues in Desiree Pointer Mason’s book Teacher Practice: Sharing Wisdom, Opening Doors:

Being part of traditionally oppressed groups I think it is incumbent upon me as a teacher to give kids a sense of themselves, not only as people but as a part of this society…especially our children being Black and Brown, being involved in situations where their dignity or intelligence is called into question.  To understand those things that militate against them as well as those they can take advantage of…they have to take those little black and white marks (on the page) into themselves, internalize them and add them to their own development as human beings…We always have as part of our reading or contemplation of any material…the whole idea of taking it beyond just what it says on the page into ‘what does it mean?’ Why does it matter and what can I take away from this that can contribute to my growth?

So In Praise of Black Women Teachers is a pushback to this narrative of the black “school marm” as Aunt Jemima.  Decades after my mother encountered the missionary teacher’s amazement “that you, though black, can read and write and think” this mentality still informs many teachers’ views of black students.  If you have an inspirational African American female teacher that you’d like to recommend for this project please contact shutch2396@aol.com.

Sikivu Hutchinson is a contributing editor of The Feminist Wire. She is also the founder of the Women’s Leadership Project and author of Godless Americana: Race and Religious Rebels and Moral Combat: Black Atheists, Gender Politics, and the Values Wars.