Personal is Political: Dismantling Racism and White Supremacy Must Come from Within – The Feminist Wire

Personal is Political: Dismantling Racism and White Supremacy Must Come from Within

By Aishah Shahidah Simmons on February 6, 2015

Word libation in the name of Bambara and Lorde:

Was there really only ONE John Brown? (If you don’t know who he was, please research. Thank you.) 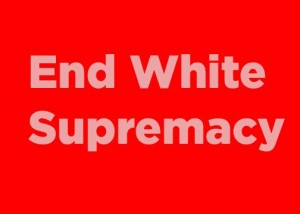 I am a Black cisgender feminist lesbian cultural worker and activist who is sick and tired of self-identified anti-racist white people/white allies/white comrades/white feminists/white parents of children of color/white partners of people of color/best friends of people of color talking, writing, processing, and analyzing the talk of eradicating white supremacy and racism but not embodying and living that talk every single day of their lives.

Too often when the rubber hits the road with anti-racist white people being held accountable by Black/Latin@/Asian/Indigenous/Arab peoples for their OWN acts of covert and overt racism and white supremacy they retreat, run for cover, opt out of doing the intense-relentless-laborious self work, are in pain, are victims of the mean “Colored” folks who don’t appreciate all that they’ve done (and continue to do) for “Colored” people. 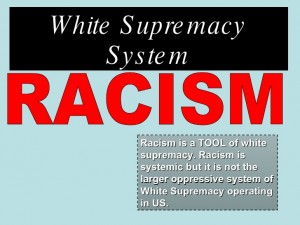 For many, it’s easy to see and call out George Zimmerman and Darren Wilson for their heinous white supremacist murders of Trayvon Martin and Michael Brown. And yet, they don’t see how their own expressed “fear” (which is often passive aggressive rage), sadness or other victimized response to when they’re being called out on their racist and white supremacist acts in progressive and radical anti-racist organizations/collectives/spaces leads to their being perpetrators of intellectual, emotional, psychological and spiritual violence against people of Color. Simultaneously and tragically, they, along with some people of color, will contextualize, defend, and/or condone “kinder and gentler” acts of racism and white supremacy perpetrated by white people that they know, like, and/or love.  In other words, they choose to support like a rope supports a hanging person.

To be clear, I am not advocating for another Harper’s Ferry. However, I am firm in my belief that being anti-racist starts at home every single minute of every single day literally and figuratively. This is a lifetime process and journey. If you, as a self-identified anti-racist white person, are unaware of your own racism and white supremacy and are not consistently working to dismantle it from within, then you cannot dismantle racism and white supremacy. Period.

Postscript: The same relentless and non-negotiable work is also required to eradicate sexism, misogyny, transphobia, heteropatriarchy, heterocentrism, ableism and all forms of oppression and marginalization.

Aishah Shahidah Simmons is an award-winning Black feminist lesbian documentary filmmaker, cultural worker, and international lecturer who is also an Associate Editor of The Feminist Wire.  An incest and rape survivor, she is the Creator of the Ford Foundation-funded internationally acclaimed and award-winning feature length film NO! The Rape Documentary.  She has screened her work, guest lectured, and facilitated workshops and dialogues about ending all forms of sexual violence; queer identity from an AfroLez®femcentric perspective; the grassroots process of making social change documentaries; and non-Christocentric spirituality across the United States and Canada and in countries in Africa, Europe, Asia, Central America and the Caribbean. You can follow Aishah on twitter at @AfroLez and connect via her public Facebook page. For more information, please visit: http://NOtheRapeDocumentary.org