The (Un)Fair Fight for a Just Democracy – The Feminist Wire

The (Un)Fair Fight for a Just Democracy

We, The Damned Collective, are delighted to host the work of The Damned. Below you will read Dr. Joy James’  response to the “Chicago Statement.” We honor these words. We give gratitude for the gift of the Black Radical Tradition. #doitfortheDAMNED #doitfortheDAMMM

“There is nothing divisive about calling for justice and democracy.”

Campus struggles over the Chicago Statement do not exist in a vacuum. “Free speech” debates are contextualized in larger struggles to expand or repress civil and human rights. Stigmatized students experience verbal attacks as early as pre-K. Assertions that they will be toughened up by campus “seasoning” through the speech of supremacists defies the history of violence in racialized democracies. Predator alerts are not “trigger warnings.” Traumatizing rhetoric is a tool for intimidation and subjugation. It is also a catalyst for resistance.

Organizing to replace college anti-hate speech protocols with the Chicago Statement, Williams faculty circulated a November 2018 email with video of a black abolitionist castigating students who opposed hate speech as “free speech.” The video was later screened at an open forum. Initially excluded from a faculty debate ostensibly about the quality of their education (and instruction), students (and faculty) tabled the issue. Still, the use of a black figurehead twice by nonblack faculty to defend platforms for white nationalism suggests a disturbing pattern.

Described as “fun and enlightening” in faculty email, the video reveals the progressive black speaker’s frustrations with progressives. It does not reveal the complicated contradictions of progressive reform. The Koch brothers, of Citizens United, successfully lobbied to have the abolitionist fired as the Obama Administration’s “green czar”; the Kochs later funded his abolitionism assisting impoverished, racialized communities and white collar criminals, while providing PR for economic conservatives, oil and gas industries, and President Donald Trump (recently dubbed the “uniter” based on his rhetorical support for prison reform). 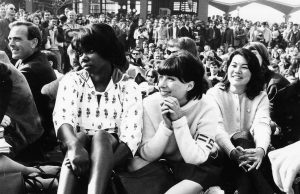 There is a distinct difference between abolitionist speech that supports justice and predatory speech that legitimizes repression. The lines between free speech fights and (anti-)racism are not that circuitous. The 1964 UC-Berkeley Free Speech movement was led by former Freedom Riders who returned to campus after resisting violent segregationists in the South only to find themselves banned by the UC Administration from distributing civil rights pamphlets to students. Their resulting protest became an icon of resistance for the 1960s. White supremacists have historically had full reign for demonizing hate speech while anti-racist abolitionists were targeted for lynching. Even protective law for the former enslaved, the 14th amendment, was repurposed by the Supreme Court to create political personhood for corporations predominately owned by wealthy white males whose institutional power, now embodied in the legal protections of personhood, exceeds that of an average person or vilified communities. Citizens United rules that massive, undisclosed funding in elections constitutes free speech.

People of color are window dressing for a Statement that seeks to legitimize hate speech. The public face of the Chicago Statement belongs to white nationalists such as Steve Bannon not black abolitionists fighting for justice. Former advisor to President Trump and employee of the climate-change denier Mercers — funders of Breitbart, Cambridge Analytica who funneled — Bannon and Kellyanne (“alternative facts”) Conway into the 2016 Trump campaign. Bannon was the test case for the Chicago Statement.

Advocacy for “uncomfortable learning” might consider distributing clips of Bannon alongside another clip of a black abolitionist who abhors Bannon’s politics yet counters emotionally with limited strategies.

The Chicago Statement “free speech” campaign accumulates power for elites and enables their predatory desires and aggressions against marginalized groups. Critiques of racial capital suggest that the Univ. of Chicago benefits from the lucrative market of racism. To portray invitations for supremacists to speak on campus as a “fight” for greater common sense and prohibitions against  demagogues as a “flight” from reality inverts the “fight or flight” response. This seems a political calculation, an Orwellian contradiction. Other democracies ban hate speech, why not the US?

National leaders promoting the Chicago Statement offer candid strategies to dismantle civil and human rights protections. They recommend the immediate repeal of anti-bias protocols on (private) campuses by soliciting the support of US Secretary of Education Betsy DeVos (through a Title IX “Dear Colleague” letter) and President Donald Trump (through an executive order). The Foundation for Individual Rights in Education (FIRE) congratulates itself on moving colleges and universities into its “green zone” honoring schools that repeal regulations against “controversial” (a euphemism for “supremacists” or racist, homo/transphobic chauvinists) speech. In its 2018 report, FIRE awards the University of Chicago high marks while relegating Williams College (in the company of Harvard and Princeton) to its red zone. Williams failed to move into the yellow zone when student activism and faculty advocacy supported prohibitions against bias and hate speech. Future attempts to “green” Williams with FIRE reflect contesting notions of justice in democracy. Still, struggles for human rights and inclusive democracies are emerging from varied movements.

2. Movements from the Damned

Civil rights activists sacrifice for social justice because freedom struggles rarely encounter their opposition in a fair fight. Rev. Martin Luther King, Jr. was assassinated while organizing for poor people’s rights and US withdrawal from Vietnam, through restrictions on capitalism and imperialism. This abolitionism led to the dissipation of his financial and political support from corporations, foundations,  and “respectable” civil rights leaders. Thrust out to wander and march with the dispossessed and the Damned, King found a spiritual path towards justice. That legacy is being reinvigorated.

Professors Kai M. Green and Kimberly S. Love share insights in “Lessons from the Damned, 2018,” revealing  vulnerabilities about living without a private security detail, they reference assaults that bury us in mountains and rivers. Our communities though know how to retrieve our bodies and spirit. The captive maternal who recovered her 14 year-old son with a disability from Mississippi waters in 1955 created a catalyst for a civil rights movement. With an open casket funeral in Chicago and a trial that unsettled the South and nation, Mamie Till Mobley agitated around the murder of Emmett so that Rosa Parks could keep her seat on a public bus. Mamie Till Mobley did not debate rabid racists. She defied them. As did anti-lynching activist Ida B. Wells, she created a home in Chicago based on her right to move through life by resisting predation.

Green and Love show how interrelated campuses and towns/cities are when they mirror predatory acts to reinforce isolation and injustice. Universities and colleges could promote ethics-based environments within their cities and towns if they leveraged justice into an unfair fight. Chicago has fought its nonelite and black/brown citizenry for decades. King found Chicago racism to be more frightening than the Jim Crow South. The city’s violence, homicidal policing, poverty, and substandard schooling have a long history. In Chicago, Bernie Sanders opposed school segregation and University of Chicago segregated housing. The FBI-Chicago PD assassinated Black Panther Party leaders Mark Clark and Fred Hampton in 1969 to send a political message to liberation movements. The UN denounced Chicago’s decades long CPD-Burge torture ring. The University and city shape and influence each other. The leadership and battles of students and community activists have expanded democratic rights within the city.

Activists labor on campuses, in cities, factories and fields. Bridges are being built between US battles for democracy and global struggles. The contributions of Erica Garner are connected to those of Marielle Franco. Both deceased mothers as captive maternals used free speech to challenge police/military violence for greater safety and equity for their communities. In December 2017, Erica died from stress-induced heart failure after relentless activism for her father, Eric Garner, killed by the NYPD in 2014. In March 2018, Brazilian councilwoman Marielle was assassinated with her driver in Rio de Janeiro for condemning police and paramilitary killings in favelas (the bullets were traced to military surplus). Brazilian president-elect Jair Bolsonaro, the “Trump of the Tropics,” has called for “law and order” through torture, dictatorship, assassinations and environmental devastation in the Amazon. Responding to threats to democracy and social justice rights leaders in Brazil, US faculty have organized a December 2018, meeting at Columbia University Law School for a national network for democracy in Brazil.

The current fight over speech will not end on campus. The larger battle is full civil and human rights. The claims of elite victimization (e.g., the lament of “Why can’t whites wear black/red face?” when they do with little fear of being racially terrorized) is a specious distraction.

In an abstract world in which you are not a pariah, collective violence is figurative. For targeted groups, in the real world, it is material (stress in emotional circuitry destabilizes the body). Progressive faculty receive death threats from supremacists and fascists for merely echoing King’s vision of the “beloved community.” Journalists are murdered for fighting for a free press that educates us about corruption; climate devastation; massacres; famines; fascist electoral gains; exploitation of women and children; and the persecution of indigenous/black/queer/trans/feminist/radicals­. Their free speech also informs us of organized strategies to resist violence without compromising with it.

Georgia gubernatorial candidate Stacey Abrams has issued the call for a “Fair Fight” for justice and democracy. For Abrams, “stoicism is a luxury” when democracy is being eviscerated. Despite her 2018 electoral defeat, Abrams refuses to be silenced by the governor-elect, the current secretary of state who oversaw alleged massive voter suppression. She shares the concerns of scholars about democracy’s tyrannical majority.

Her “fair fight” will likely remain in some aspects an unfair one. In this political climate, veracity and civic virtue are rare. Demagogues seek to normalize themselves while downplaying domestic terrorism despite mass murder in synagogues and churches, and the emergence of storm troopers above ground. 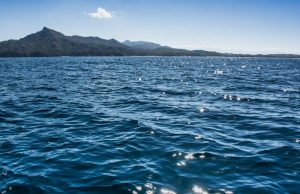 Our fight is local and global with emerging collectives of leaders. The Damned (and not-yet Damned) are wounded healers with invaluable skills for justice. They debate Elegba at the crossroads; sink and swim with Oshun or Yemaya; and ride with Charon. Their witness and aide for communities under siege, with selfcare that extends into community, is the blessing in resistance—especially given that the struggle for a just democracy has never been a fair fight.

Related ItemsBlack FeminismBlack Womenbody politicsEconomyfeaturedfeminismGenderHistoryPatriarchyPoliticsRaceracismreligionU.S. PoliticsViolenceWomen of colorWorld
← Previous Story A Collective Student Response to the “Chicago Statement”
Next Story → The Time Has Come for White Women to Move Beyond Lip Service: Toward an Anti-Racist Professional Ethics for White Women’s Studies Directors