We Walk Among You: Poverty in the Ivory Tower – The Feminist Wire

Home / Academia / We Walk Among You: Poverty in the Ivory Tower

We Walk Among You: Poverty in the Ivory Tower

By Guest Contributor on February 5, 2015 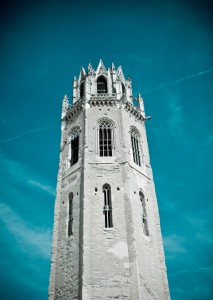 I was in class today talking about poverty. We were discussing public benefits. Or rather, something having to do with poverty and poor people and how terrible it is that some people do not have stable jobs or income or food or access to hospitals. And I was sitting there trying not to think about my own situation, because I feel I shouldn’t be thinking about it. Somehow, thinking about poverty makes me feel guilty.

I worry that I should not feel or talk about my personal experiences, because that would be attention-seeking behavior, which would then be indicative of all my childhood struggles, and I would be dissected by my peers. I feel like a stereotype. Today, I cried because I felt like the stereotypical broke minority chick with the neurotic boyfriend, unstable mother, and a teenage sister who’s in her own world. Yesterday, I cried because I felt that we might become so poor and miserable and depressed that little white maggots would devour what’s left of the apples and pears and completely cover the walls and floors. And there we would live.

I am a graduate student at one of the nation’s best universities. I am an indigenous woman-in-the-works, a sister, a daughter, a volunteer, and I live below the poverty line.

Today in class, we spent a great deal of time talking about the emergence of our reluctant welfare state and the ongoing worry that people receiving welfare might become dependent on it. We talked about ineffective programs and how the ever-changing political climate was affecting progress, and how disadvantaged people are just fucked all around.

At my university this year, as I suspect was the case in prior years, the racial composition is over 70% white. I hate to use stereotypes, but I’m going to assume that most of the people with great opinions about social justice, those people who look horrified at the percentages of people who don’t have enough to eat, have never had to experience intergenerational poverty. So while discussion went on in class, I played with the backgrounds on my Word document and began to panic about the things I had to get done.

I decided to attend graduate school because this is what we’re supposed to do to not be poor like our parents. At least, this is what my father says. He never loses an opportunity to remind me that he has tried to ensure my sister and I don’t have to work long hours of difficult labor, like he has had to in an infinite number of jobs. My father nearly lost half his hand in a factory job accident, and yes, access to health care and insurance IS really fucked up, especially for undocumented people.

My story goes like this: I was born into relative economic stability, but divorce and my mother’s subsequent emotional instability and economic crisis pushed us back into hunger, second-hand clothes, free toys from a community organization at Christmas, emotional abuse, and anger. And I internalized and externalized all those anti-social behaviors commonly associated with poor people of color.

Then came problems in high school: a low GPA on graduation from high school, poverty, a decision to attend community college because people said it was less expensive. Then I was not so sad anymore, and I graduated with an A.A. degree with a better GPA, applied to one university, got into that one, went to that university, hated that university. More sadness and poverty, but I graduated with a great GPA. I suppose I could have ended it there and obtained a job. My experiences could have landed me decent-paying employment, I might have secured my own apartment, severed ties with my mother and sister, and possibly made it to the other side of the poverty line.

But I received a degree in a stupid major and had to continue studying on to get a “Carrera.” So I applied to two graduate schools that are considered ‘prestigious,’ was accepted into both, chose one, received loans, stayed with my mother and sister, found three jobs, and then dropped one. More worries, sadness, and poverty.

Why am I writing this? Because I tried to Google stories about other graduate-level women of color who are living below the poverty line, and I found very few. I was trying to find an online connection with someone, anyone, who understood. But I did not find any such stories, and so I’m writing my own. At the risk of sounding naive, maybe other women like me are looking for someone to relate to. I hope that my story will pop up in Google as a source of comfort.

Zoel T. Rodriguez (a pen name) is currently in graduate school for a Master’s degree. She has been in the struggle for social justice and activist work since high school through environmental justice, advocacy for youth, and fighting for justice for indigenous and American Indian people. Her writing experience has been kept on the personal level, but she is excited to begin sharing her thoughts, questions, fears, and ticks with others.