Op-Ed: A Home of Our Own: Temporary Housing and LGBTQ Intimate Partner Violence – The Feminist Wire

Home / Criminal Justice / Op-Ed: A Home of Our Own: Temporary Housing and LGBTQ Intimate Partner Violence

Op-Ed: A Home of Our Own: Temporary Housing and LGBTQ Intimate Partner Violence 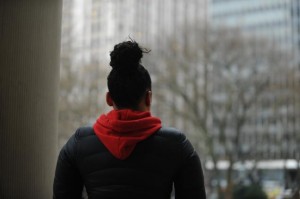 In 2012, twenty-one-year-old Romelle Johnson was transported by ambulance to a local Brooklyn, New York hospital.*  While en route, an EMT worked to staunch the blood leaking from Romelle’s stab wounds as Johnson struggled to communicate with the police officer who accompanied him.  Despite his fight for breath and words, Johnson ultimately disclosed that, after an argument earlier that night, his live-in partner, forty-three-year-old James McEvoy, stabbed him time and time again.  McEvoy was found with a blood-soaked kitchen knife and scratches on his hands, neck and torso, and was arrested. McEvoy was charged with felony assault, among other crimes.  Several days later, when called to testify before the Grand Jury, Johnson refused.  When a Victim Services Advocate at the District Attorney’s office asked why he would not testify against his assailant, Johnson finally admitted that, without McEvoy, he had nowhere to go, no family to call on, no friend’s couch to sleep on.  Because of his financial and pragmatic dependence on McEvoy, Johnson felt he had no choice but to gamble with his life.

Romelle Johnson’s story is not a unique one.  During my tenure as a domestic violence prosecutor in Brooklyn, New York, I encountered hundreds, if not thousands, of intimate partner violence survivors.  Most of the victims I advocated on behalf of were terrified to not only to leave their abusers, but also to testify against them.  They feared retaliation, social outing and stigmatization, and social services involvement in their families.  More often than not, when faced with the immensely difficult decision of whether to cooperate with the criminal prosecution against their romantic partner, they feared homelessness.  They often asked, “Where will I go?  Where will I live?  How will I afford it?”  For many of the heterosexual cisgender female domestic violence victims I worked with, there was often some hope of an answer– dozens of domestic violence shelters had beds available for them and their children.  However, no such shelter existed specifically for lesbian, gay, bisexual, transgender, and/or queer intimate partner violence survivors. 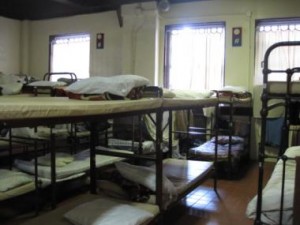 There are approximately 2,000 domestic violence shelters nationwide. These shelters, however, cater mostly to heterosexual cisgender women and their children.  In New York City, there are dozens of shelters that cater to homeless men, as well as shelters that cater to female domestic violence victims. According the Anti-Violence Project’s Domestic Violence Hotline, some shelters reserve a select number of beds for lesbian, gay, bisexual or transgender intimate partner victims.  However, there is not a single shelter in the city geared solely towards serving LGBTQ survivors of domestic violence.

Consequently, LGBTQ survivors who seek emergency shelter face a myriad of issues. Because most domestic violence shelters cater to biological women, a significant number of LGBTQ victims are turned away from emergency beds at these shelters because they have not undergone surgery, are not understood as “women”, and/or do not have children.  For example, according to a 2011 survey by the National Coalition of Anti-Violence Programs, 62% of LGBT victims were denied services when they sought help from a domestic violence shelter, and nearly 32% were denied protection orders.  Like all domestic violence survivors, LGBTQ survivors attempt to obtain beds at intimate partner violence shelters as an absolute last resort: when they, themselves, cannot afford housing and when there are no loved ones or friends they can call on for shelter.  To be turned away is essentially to be sent back into the violence from which they were trying to escape.

Yet even when admitted into general intimate partner violence shelters, LGBTQ survivors face immense obstacles. Most intimate partner shelters operate around a heterosexual domestic violence paradigm.  Lesbian, gay, bisexual, and transgender victims who seek protection from their abusers at traditional homeless and domestic violence shelters are frequently met with staff who are poorly, if at all, trained to deal with the effects of domestic abuse in same-sex relationships.  For example, intake questionnaires, used by staff to elicit information about the survivor’s batterer and patterns of abuse, use opposite-gender pronouns when describing the abuser, often without asking the victim about the abuser’s gender—or the victim’s.  Counseling sessions at women’s shelters frequently assume that the abusive partner is male, and thus focus discussions on male privilege.  For many LGBTQ survivors, such procedures are alienating and serve as a form of re-victimization, sending a clear message: your experiences are abnormal, invalid, or non-existent. 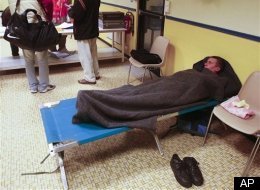 Violence against LGBTQ survivors is not only domestic and institutional, but legislative has well.  Until recently, the federal government had not addressed the need for intimate partner violence housing specific to LGBTQ communities.  On March 7, 2013, however, President Obama signed into law the Violence Against Women Reauthorization Act of 2013 (VAWA 2013), which provides services for all intimate partner violence victims, including LGBTQ individuals.  VAWA 2013 not only prohibits the use of discriminatory conduct against LGBTQ individuals at intimate partner shelters, but also provides for funding and resources for LGBTQ victim-safety programs, such as emergency housing.  With the backing of social, legal, and political momentum, it’s time (and, quite frankly, long overdue) that we develop LGBTQ-specific domestic violence survivor housing.

For the many, many people like Romelle Johnson, VAWA 2013 could not have come soon enough. As we know, Johnson’s story is not unique.  As the prosecutor in his case, I had medical records, a 911 call, and other evidence that I could have used at trial against James McEvoy and, because of this evidence, McEvoy ultimately accepted a plea deal. But things do not always work out that way. And even though Romelle Johnson’s case ended with a legally just resolution, I often wonder about him, about his life.  Did he ever find his voice?  Did he ever find somewhere else to go?  Where is he now?  These are answers I probably will never receive, simply because, I wouldn’t know where to find him. Romelle had no address to leave with me. He had no home but that of the man who abused him. There wasn’t a single safe space he could call his own.

*Names, dates, and identifying details have been changed to protect those involved in this case. 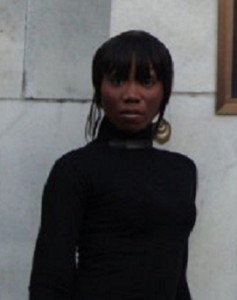 Nicole S. Junior is an attorney who has spent her career prosecuting both Domestic Violence crimes at the Kings County District Attorney’s Office and police officers accused of use of excessive force or misconduct at the New York City Civilian Complaint Review Board.  In addition to lecturing about these topics throughout the country, she also teaches evidence and trial advocacy courses at Fordham University.