Trans Multitudes and Death Reality: A Coda – The Feminist Wire

I’ve come to accept that I will die.
I know this.
And frightening it is
But I refuse to live in
Fear.
You try so hard
To make me deny
Myself
To inherit a lie.
A life
Alike
Apart
A far
From the truths
Of. And. Or.
Reality.

I am alive.
And I have died
An infinite death.
I am here.
And wherever energy flows.
And that to is in us.
Electricity
Equals resiliency.
And in death
My energy goes
Here.
But gone
Reality.

And whether it be.
By me.
The world.
The love of my life.
I push.
To live.
Seen and unseen
Thriving.
Striving.
Dying.
And death becomes
Of us…
Sad
Reality

In music notation, a coda is a directional symbol that tells the musician to exit a repeated section of music before the end of the song and play an alternate ending. Coda is also used as a synonym for a concluding passage, event or remark.

CeCe’s poem “Death Reality” serves as a generative coda to our Trans Multitudes forum. In “Death Reality,” CeCe reminds us that the meaning and function of life and death are written and re-written through struggle and articulated via praxis: the dynamic interplay between the places we know and the things we do.

In CeCe’s poem, death flexes between multiple meanings: it is

1) a lurking shadowy presence that attempts to parameterize life through the metric of time “I’ve come to accept that I will die/ I know this…But I refuse to live in fear,”

2) a repeating passage or event, the repeating event of enclosure of being and knowledge in anti-black and colonial logics: “I am alive/ And I have died/ An infinite death/, “ and

3) a process or procedure of suffering or transformation that outlines living against or in spite of the “inherited lies” of what Edxie calls a Colonial Dystopia : “I push/ To live/ Seen and unseen/ Thriving/ Striving/ Dying.” 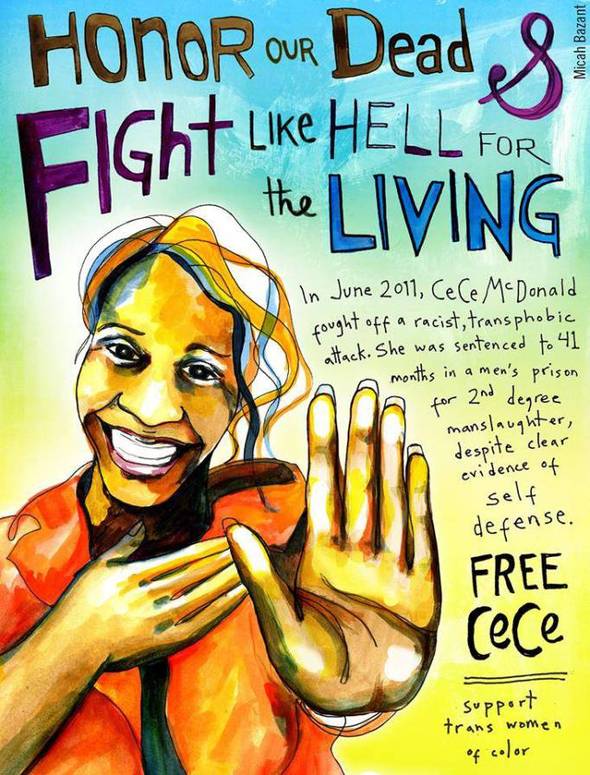 If we live in a death reality, CeCe’s multi-faceted formulation of death draws out some the provocations and questions posed throughout this week-long forum. For CeCe, death is a lurking event, a repeating passage, and a procedure that enacts living. Facing the death reality we live in means engaging in processes and procedures of remembrance, resistance, and resilience that are sensitive and can move with death and with the dead. The thinkers, dreamers, writers, artists, and activists who have contributed to this forum have presented us with a range of approaches to death, living, remembrance, resistance and resilience, grounded in the materiality of Black trans relationality and Black geographies.

If death is a lurking shadowy presence that attempts to parameterize life through the metric of time, then how are we living outside of time and the quantum logics of civilization?

If death is a repeating passage or event, the repeating event of enclosure of being and knowledge in anti-black and colonial logics, then how are we using story-telling to manifest a coda, a symbol the directs toward a break in repetition, to a different ending? How are we  scripting that alternative /surprise ending?

If death is a process or procedure of suffering or transformation that outlines living against or in spite of the “inherted lies” of what Edxie calls a Colonial Dystopia, what are the practices we use to transform individual and communal suffering? What must we forget and/or let go of? What is dying as we do this work (hopefully the world / the paradigm of normal life)?

It is a simultaneous living in spite of and in intimate partnership with death, premature and otherwise, that we Black Trans, gender non-conforming, and non-binary writers, artists, thinkers, makers, and doers, be. We be making ways out of no way, rising as the phoenix do and bowing knees prayin’ like granny too. We believe that we can do all things, all the things, through our Black radical feminist fierceness… our love of ourselves, each other (and those who are not like us) is what strengthens us, compels us to hold each other up as we work to find balance… the art of both being and crossing bridges… the burden of being a bridge… and the magic too…Being looked at… on… over… through… past… passed… done… finished… heading…in…the…wind…direction…wrong…is…not…my…name. 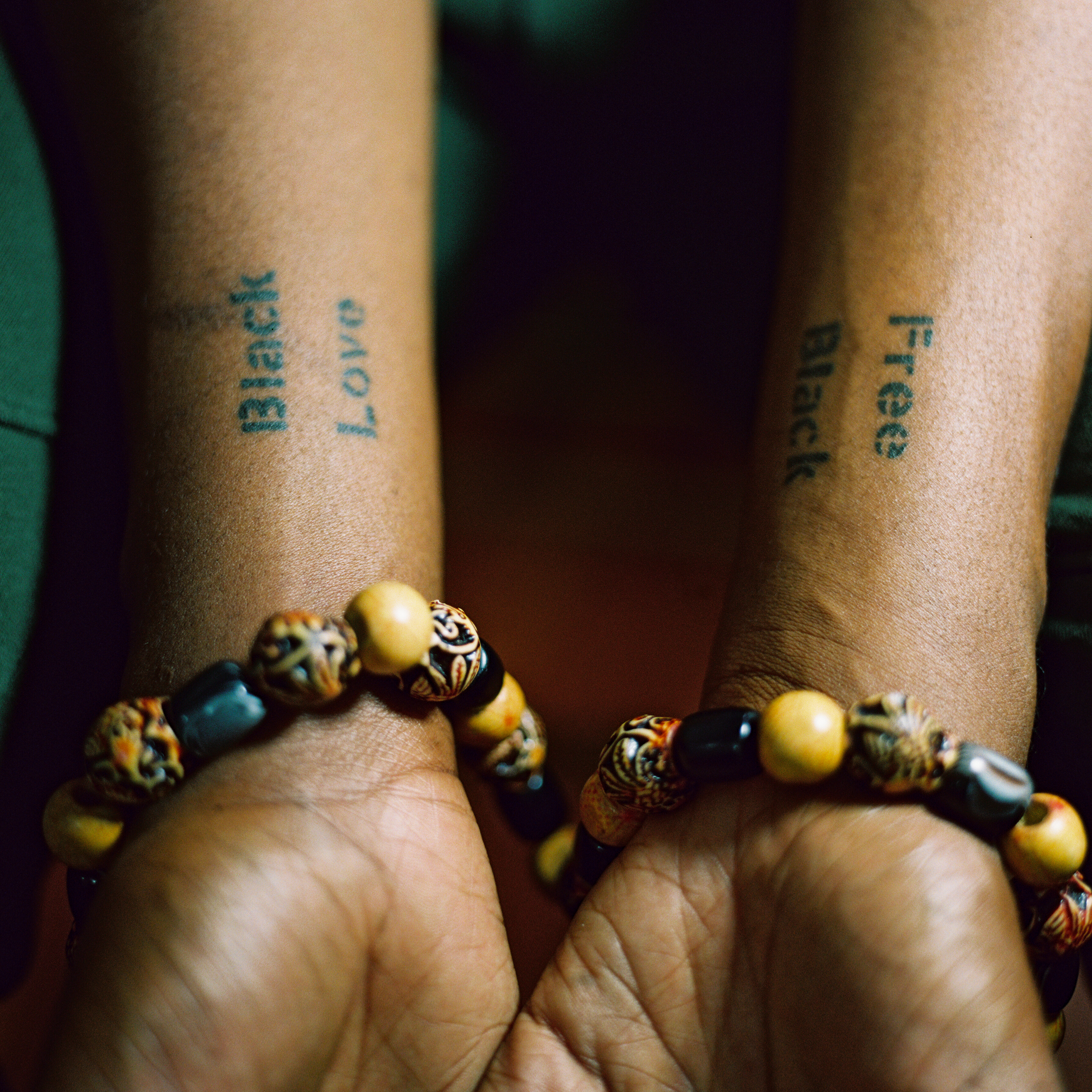 With so much Black Trans Love,

Please Find the contents of the #transmultitudes forum here: 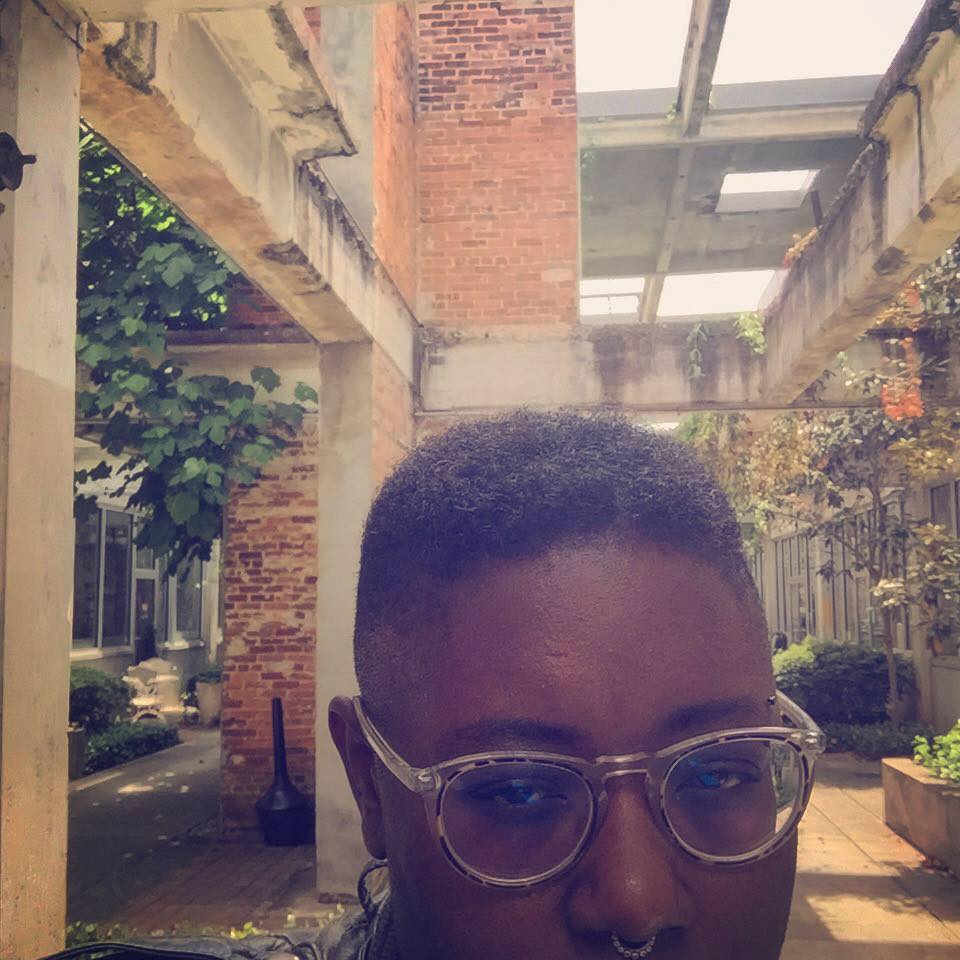 Treva C. Ellison is committed to trouble, abolition, herbalism, and is talented grilled cheese chef. Treva works as an Assistant Professor of Geography and Women, Gender, and Sexuality Studies at Dartmouth College. Their research interests are trans and queer historiography, Black geographies, and history and theories of the carceral state. Treva is currently writing their manuscript Towards a Politics of Perfect Disorder: Carceral Geographies, Queer Criminality, and Other Ways to Be.

CeCe McDonald is a Minneapolis-based prison abolitionist. A trans woman, she spent 19 months in a men’s prison for defending herself against a racist and transphobic attack that occurred near her home in 2011. Both local and national groups and activists rallied around McDonald’s case, bringing national attention to violence against trans women of color, and the particular institutional violence posed by gender-segregated incarceration. Support the #BlackExcellenceTour, a social justice project with CeCe McDonald & Joshua Allen!

Kai M. Green is a shape-shifting Black Queer nerd; An Afro-Future, freedom-dreaming, rhyme slinging dragon slayer in search of a new world. A scholar, poet, and filmmaker, Dr. Green is Assistant Professor Women’s, Gender and Sexuality Studies at Williams College. Dr. Green has published in numerous scholarly journals including GLQ, South Atlantic Quarterly, Black Camera, and TSQ: Transgender Studies Quarterly. He co-edited a special issue of TSQ on Black Studies/Trans* Studies. He is also co-editor of a forthcoming Anthology entitled Black Trans Love is Black Wealth (SUBMIT!!!). He is a proud member of BYP100 (Black Youth Project) where he sits on the healing and safety council.