This Useful Death – The Feminist Wire 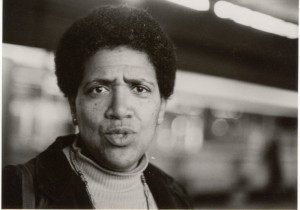 We all have to die at least once.  Making that death useful would be winning for me. I wasn’t supposed to exist anyway, not in any meaningful way in this fucked-up whiteboys’ world.  I want desperately to live, and I’m ready to fight for that living even if I die shortly.  Just writing those words down snaps every thing I want to do into neon clarity – Audre Lorde, “A Burst of Light: Living With Cancer.”

On April 8th, 2009 I stood in an overly cooled, blindingly white, perfect square of a room and watched my mother die.  The bitter aloofness of stainless steel and the quivering fragility of human flesh pressed heavy and close around her body.  Nurses worked in efficient silence, removing tubes and wires, shutting off electric feeds, and attempting as best they could to hide the escaping saliva, sweat, and urine.   Holding the hand of my aunt, my mother’s twin sister, I understood even then how strange we must seem.  Two faces, perfect copies, the one bloated, showing the strain of imminent death, the other drawn, showing the strain of strain; and a third face, similar to the others, but strangely set, facing awkwardly in its own direction.  My aunt and I stood there, solid on country thick thighs, determined to watch the unfolding of the inevitable, eager to breath love onto my mother’s dying.  The others had panicked when the moment came, exited themselves confident that their relatives with their stunningly familiar faces would see that the thing was done right.  Indeed it was done right. 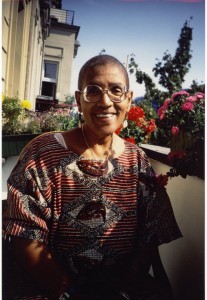 In celebrating the life and work of Audre Lorde, in struggling to memorialize her passage on this planet and to canonize the literature that she produced, we rightfully celebrate the force and clarity of her call for us to refuse the too easy distinctions between our various identities: poet, teacher, mother, sister, lover, activist, cancer survivor.  At the same time, however, it is important that we recognize—and celebrate—the final reality of Lorde’s life.  She died.  Though weakness, disability, suffering, and death are inevitable and though so much within religion and philosophy are presumably designed to address these realities, this does not change the fact that to speak of death and dying is at once awkward and somehow rude.

During the final days of my mother’s life, family members, colleagues, friends, and ministers trooped through, asking with studied care, “How are you doing?”  What immediately became clear, however, was that it was never intended that I should speak the truth.  “I feel like an animal on the side of the road, watching its mother die.  I am less enraged than frightened, frightened not so much of death as of what all this makes me see about myself.  I am a large man, large enough to do damage.   I am focused, efficient, and powerfully dangerous.  Neither I nor anyone else I have met has achieved anything approaching their true potential.  That would be far too frightening.  I could give a damn about promises presumably made by a nameless God.  Keep your voodoo to yourself.  I am full of emotion, bursting with love.”

Gay men of my generation, particularly black gay men, are continually reminded of how lucky we are to be alive.  Before the advent of marriage equality campaigns and the Logo network we were childish, foolish, selfish, screwing and drugging ourselves into early graves.  Thank God for the selfless generosity of overweight, credit card burdened, mortgage laden, and only mildly racist Middle America.   Dragging themselves night after dull dry night into their sexless marriage beds they breathlessly remind us that all of this could be ours if only we would sign the proper contracts.

If we are to take seriously Lorde’s call for women, people of color, and so-called sexual minorities to engage and celebrate the power of the erotic then we must attend to the fact that to be human is first and foremost to be animal.  We eat, drink, laugh, cry, fight, fuck, give birth, suffer, and die.  To recognize this, to embrace the clumsy reality that the spirit, the intellect, the flesh are not distinct parts of “the self,” but, on the contrary, simply different modes of naming human singularity, is to take one awkward, uncertain step toward claiming responsibility for one’s own existence.  The gay man, vulgar and feral, skin against skin, locked in sweaty embrace with a partner not yet become a lover is a being in struggle against its own domestication, a citizen with his eyes cast beyond the state.  The same man, standing wounded and alert by the side of his dying mother feels within himself a force, an erotics of living and dying that has the potential to disrupt both self and society.

I have long wondered if part of the reason that liberals seem so intent upon herding gay men, lesbians, and transgendered persons into service fields surrounding fashion, design, and real estate has less to do with stereotypes of so-called “queer” culture and more to do with the ways that our seemingly endless desire to cut hair, design clothes, mix drinks, sell apartments, and organize weddings works to blunt awareness of the fact that our existence tends to undermine the assumption that the normative modes of organizing one’s social and erotic life (man, woman, child) are inevitable.  Or to state the matter more bluntly still, it seems clear that part of the way that the rhetoric of the new gay normativity works is to suggest to putative heterosexuals that “queers” are just as just as sadly divorced from full connection to the expansive possibilities of their own embodiment as they are.  To be happy, one must encase oneself in marriage, reproduce, and then endlessly reiterate how happy one is.   It is probably best, moreover, to avoid drawing attention to one’s quickly graying chest hairs or ever sagging breasts.  It is certainly vulgar to suggest that such things might be sexy.  Instead the body, one’s stinking human body, becomes lost within makeup, clothing, cars, homes, fashionable careers, and trips abroad.

What I will leave you with is that Lorde’s writing about health, desire, embodiment, and dying should remind us that any social movement, no matter how progressive its roots, can be easily turned toward a vehicle of capitalist hegemony if it allows itself to become freighted with narrow self –interest and cynicism.  It stuns me that so much within the Lesbian, Gay, Bisexual, and Transgendered movements has been turned from an insistence that the world must change, that we must radically alter the political, cultural, economic, and discursive structures that frame our lives, and toward a petty acquisitiveness.  Walk the streets of Manhattan and you will find few sexual minorities preaching the dream of the beloved community.  You will find many, however, who boldly point to the most humdrum aspects of white, bourgeois, heterosexual existence and announce, “I want some of that.”  This is how both individuals and movements die deaths of a thousand cuts.  The alternative, the promise that Lorde announced, is to remember that most of us were never intended to survive.  Our very existence is an affront to the most sacred strictures of homophobia and white supremacy.  We are, in fact, in a “fucked-up whiteboys’ world.”  Saying so with less heat or more sentimentality will not change that basic fact.  It is this awareness that is our most basic tool.  We cannot allow the tacky gifts of an unstable society to distract us from our larger goals, the liberation of ourselves, including our animal selves, the creation of new forms of sociality and exchange, the right to make something winning from our deaths.  The erotic is that place at which the frailty and the funkiness of our human bodies is recognized not as a tragedy but, on the contrary, as a gift, that thing which forces recognition of our profound connection to the rest of existence.   It is this reality that Audre Lorde helped bring into the clarity of the neon light. 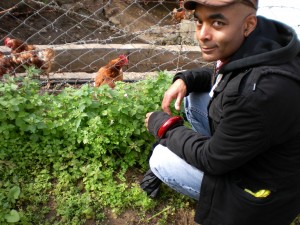