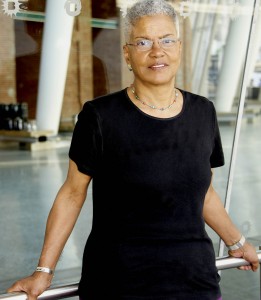 Scholar Robert McChesney defines neoliberalism as “the defining political economic paradigm of our time – it refers to the policies and processes whereby a relative handful of private interests are permitted to control as much as possible of social life in order to maximize their personal profit.” Though the definitions of neoliberalism are as varied as the ways one might name its manifestations, I want to illuminate a type of neoliberal ideology that organizes not only political and economic life, but social life. In this regard, McChesney notes the following:

…democracy requires that people feel a connection to their fellow citizens, and that this connection manifests itself though a variety of nonmarket organizations and institutions. A vibrant political culture needs community groups, libraries, public schools, neighborhood organizations, cooperatives, public meeting places, voluntary associations, and trade unions to provide ways for citizens to meet, communicate, and interact with their fellow citizens. Neoliberal democracy, with its notion of the market uber alles, takes dead aim at this sector. Instead of citizens, it produces consumers. Instead of communities, it produces shopping malls. The net result is an atomized society of disengaged individuals who feel demoralized and socially powerless.[iv]

For example, it is estimated that nearly 3000-4000 bodies were in attendance at SlutWalkNYC. At the onset of the Occupy Wall Street resistance it was reported that 5,000 bodies were on hand to commence the “occupation.” There was a global outcry in the name of justice after Trayvon Martin was shot dead. I can vividly recall the hordes of people who stopped traffic at an Amnesty International sponsored vigil for justice on behalf of Troy Davis held at Union Square around the same time. But, in the midst of our protests, the doing of the good, how many stopped to discuss the particularities of another’s life or the similarities and dissimilarities that make us diverse persons even while we might all experience ourselves as the marginalized? How might we develop relationships beyond the safety of avatars that tend to invisibilize our differences? Where is the space for relationality, affective connection, and the erotic in our “work” and movements at present? 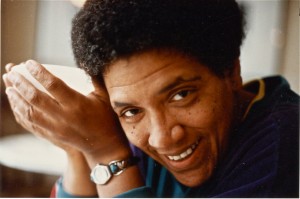 We cannot resist the “yes” that exists deep within ourselves: the yes to connection and relationship; the yes to safety and reciprocity; the yes to justice and accountability.  When we say no to connection, to eros, we might easily miss THE movement, that is, the movement that moves us toward each other. In addition, the lack of empathy, a sign of care, certainly, fortifies the ego and frustrates our ability to regard the other. And, that is why the erotic is necessary in the lives and work of those who seek to transform our world. It is a posture of joining in a market-driven time that seeks to re-route our affective energies towards everything but the other, unless, of course, various capitals are to be gained by doing so. And if we are to remake a world and re-create systems, then we must engage transformative work free from the energies of misdirected rage, melancholy, and disdain that tend to characterize our present moment. If we are to remake ourselves, than we will necessarily need to see the self as essential part of a more expansive set of parts, a self that exists in community.

Author’s note: This essay was originally presented as part of a talk given at The Kennedy School, Harvard University as part of the Audre Lorde Human Rights Lecture Series on November 7, 2012. A few sections of this essay were then published as part of an essay titled, “On Love, Empathy, and Pleasure in the Age of Neoliberalism,” on The Feminist Wire on July 9, 2013.