On Love, Empathy, and Pleasure in the Age of Neoliberalism – The Feminist Wire

Home / Uncategorized / On Love, Empathy, and Pleasure in the Age of Neoliberalism

On Love, Empathy, and Pleasure in the Age of Neoliberalism 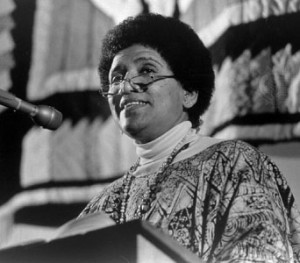 On love. Love is a movement. Actually, love is the movement. It is that which moves each of us toward one another. That to say, it is the eradication of the distance that exists between us and the other. Indeed, the radical potential in love is its ability to destroy the walls, fortifications, edges, spaces, which work to separate us. If we, as Audre Lorde brilliantly notes in “Uses of the Erotic,” “have been raised to fear the yes within ourselves, our deepest cravings,” then love is the resounding “yes” to the yes that beckons us toward connection, communion, and companionship. It is the “no” to our fear of vulnerability and connection, the fear that provokes our need to anesthetize feeling, even if the conditions for our mutual survival are connected to such actions. Love makes possible our survival because it is a force of connection. And we need love in these times. Indeed, as scholar Wenshu Lee notes “We need to love our love to sustain earthly and spiritual bonds and solidarity, a unity of feeling and action, to resurrect humanity from the tomb of neoliberalism.”[1]

On Empathy. Empathy is a feeling and an enactment of intentional regard for others. It is a positively antagonistic and radical energy in an isolationist culture that promotes self-centeredness. Wenshu Lee, again, reminds us that present within neoliberal govermentality is an “isolating force.” Empathy frustrates that force because empathy excites engagement: it is a liberating posture. If love is the elimination of the expansive spaces that may separate us, then empathy might very well be understood as the position we must take when the distance is cleared: the movement from the position of egotism to thoughtful concern of the other; the movement from our contented social locations to that of dislocation; the examination of our excess, access, and privileges as possible contributing factors for the denials, lack, and experiences of marginalization in the lives of others; analyses of our various oppressions and the ways we might also oppress. Neoliberalism does not seek to wholly extinguish our affective energies, however. Instead, neoliberalism seeks to re-route our energies to other more valuable and profitable sources, namely, goods, and even “the good” when it too is profitable.

On Pleasure. Pleasure is the seat of our desire. Pleasure animates our yearnings and our bodies. And, pleasure can be experienced and expressed in various ways. But I want to take up pleasure as a way to think about the unification of our bodies, desires, and spirits within community, which are the very elements that are often disassociated under neoliberalism. Our bodies are not machines and our desires, the fuel. Furthermore, to work and to be productive assumes that one is able to labor. Work/productivity is an ableist concept, as brilliantly articulated by my friend, Eddie Ndopu. Ndopu testifies:

I reject the notion that my body has to be pigeonholed into hegemonic definitions of personhood in order for me to be regarded as valuable. I am valuable because I am a manifestation of the universe. I don’t need to work because, to borrow the words of Audre Lorde, ”I am my best work – a series of road maps, reports, recipes, doodles, and prayers from the front lines.”

To echo Ndopu, our value as human/spirit beings does not come from our ability to use our bodies, if we can, toward the end of various forms of production. And when we do not or cannot produce goods or “the good” we may suffer being fashioned as metonyms for failure and the unrealized American dream. Thus, there is ever present a need to consider the possibilities of pleasure, of the intricate association of our bodies and our desires and our spirit, as a conduit for connection to self and the other, and to the type of work that nourishes our spirit even as it replenishes the world.

I close with a question and thought: What do you feel like in this age of neoliberalism? And how might those feelings move you? Love, empathy, and pleasure may be the types of affect necessary to transform our selves, our communities, our world, our souls: that which is necessary to move us to do our work, as Audre Lorde would say, to produce good in the world and refuse the commodification of our work and our bodies in the process.

[1] See Wenshu Lee’s article, “For the Love of Love: Neoliberal Govermentality, Neoliberal Melancholy, Critical Intersectionality, and the Advent of Solidarity with Other Mormons,” which was published in the Journal of Homosexuality.

Note: This essay was originally part of a talk given at The Kennedy School, Harvard University as part of the Audre Lorde Human Rights Lecture Series on November 7, 2012.