By Aishah Shahidah Simmons on February 25, 2014

“We are feminist warriors, not perfectionists.” 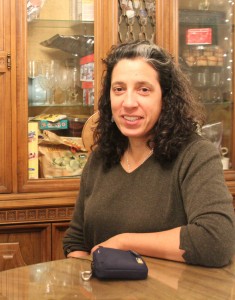 I begin with my sister Lisa Factora-Borchers’ quote to remind myself that striving for perfection is actually going in the opposite direction of self care. To be clear, I believe we should all strive to do our absolute best in any and everything that we set out to accomplish. That, however,  isn’t the same as being perfect.

When this video interview wasn’t ready for publication on Friday, February 21, 2014 because of video compression challenges, I was almost in complete despair.  It wasn’t easy. As several members of my TFW family can attest, I  didn’t readily accept the reality as it was.  I fought it up until I realized that in order to begin to experience some semblance of peace, I had to step back. I called on a few from my circle of trust and care while simultaneously relying upon my spiritual practice to help me emotionally detach from feelings of failure, inadequacy and, frankly, embarrassment that the video wasn’t ready. I was forced to surrender and go with the flow of the waves in the Lordean Ocean. Through my detachment process, which took a full 24-hours, I was able to solicit and seek possible solutions to rectify the obstacles that were preventing me from uploading this interview onto vimeo and/or youtube. The rest, as they say, is herstory. 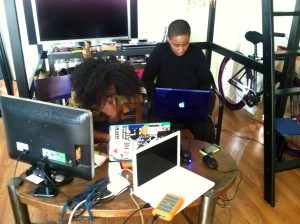 It took a small village of video/film practitioners to help me womanifest this interview with Elizabeth Lorde-Rollins, M.D., M.Sc,  an incredible human being who is also the daughter of Audre Lorde. I wrote about the process of actually capturing the interview on camera in a post on my AfroLez®femcentric Perspectives blog. That was only half of the long journey. However, this belated “Feminists We Love Fest” isn’t about the journey. It is about the end result, which is Dr. Elizabeth Lorde-Rollins’ interview. While we pay homage to Black Lesbian Feminist Mother Warrior Poet Audre Lorde, we also celebrate her amazing Black Lesbian Feminist Medical Doctor daughter, who is doing her work in the world.

Elizabeth Lorde-Rollins, M.D., M.Sc. was born and raised in New York City by her mother, Audre Lorde, her father, Edwin Rollins, and her parent, Frances Clayton. After graduating from Radcliffe College of Harvard University in psychology, she taught third grade in a Harlem public school for three years. She also taught adult education in English grammar and composition at District Council 37 for four years. After receiving her medical degree from Columbia College of Physicians and Surgeons in 1993 and completing her residency in obstetrics and gynecology at Columbia-Presbyterian Medical Center in 1997, she briefly served as a clinical instructor at Harlem Hospital before joining a busy private practice in Honesdale, PA. Dr. Lorde-Rollins returned to the New York area in 2002, as an attending at The Ryan Community Health Center. Dr. Lorde-Rollins currently holds dual appointments as Assistant Professor of Pediatrics and Assistant Professor of Obstetrics and Gynecology at Mount Sinai Medical School, where she concentrates her clinical time in adolescent gynecology at the Mount Sinai Adolescent Health Center. Dr. Lorde-Rollins is on the Board of the Callen-Lorde Community Health Center,  which provides sensitive, quality health care and related services primarily to New York’s lesbian, gay, bisexual, and transgender communities. She is currently meditating her next move in life.

Dr. Lorde-Rollins has an incredible gift that I don’t think she would readily claim.When you encounter her for a few minutes or even hours, you walk away feeling like someone truly cared about your total well being. The students in my inaugural Audre Lorde: The Life and Work of A Silence Breaker seminar at Temple University were definitely transformed after she and Professor Melinda Goodman shared so much of themselves during their three-hour sacred, completely open, and interactive co-guest lecture. The graduate and undergraduate students, who ranged in age from 19 through late 40s, were welcomed to ask just about any respectful question they wanted to ask about Elizabeth’s mother/friend and Melinda’s teacher/friend. It was a memorable moment where most, if not all, of us were metaphorically floating at the end of class on that Tuesday, March 26, 2013.

Elizabeth was also very patient, open, and generous preceding, during, and after her FWL interview. On camera, we covered a range of intimate topics including Audre Lorde’s mothering, poetry, activism, and her 14-year journey with breast cancer, which ultimately metastasized to her liver. We also talked about Elizabeth’s own journey with breast cancer and her transformational Black feminist work with adolescents in the medical industrial complex.

She is a thoughtful, insightful, brilliant, funny, intuitive, and deeply caring person. For these reasons and many more, Dr. Elizabeth Lorde-Rollins is a #FEMINIST that The Feminist Wire loves.

I extend my deepest heartfelt gratitude to Michael Simmons, Linda Carranza, Tiona McClodden, Kai Green, Lex Kennedy,Rene Miranda, Melinda Goodman, and Enid Lee for their technical and creative assistance and expertise; self-care encouragement and/or support expressed in many ways. Equally, if not most importantly, this video would not exist were it not for Dr. Elizabeth Lorde-Rollins. She not only enthusiastically agreed to be interviewed; but she also drove from New York to my father’s and his partner’s home in Philadelphia in the dead of winter on one of the coldest days in early January. Our envisioned short visit turned into an unforgettable 10-hour experience together that I will cherish as long as I have memory.

Following is a video clip of Dr. Elizabeth Lorde-Rollins’ acceptance speech at the Sixteenth Annual Reel Sisters of the Diaspora Film Festival. She accepted the award for Audre Lorde: The Berlin Years (1984-1992) on behalf Dagmar Schultz who is the film’s director and producer. 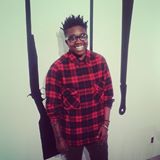 Tiona McClodden is a filmmaker and multimedia artist. She filmed Dr. Lorde-Rollins’ FWL interview. She produces and distributes her work through her film and media imprint, Harriet’s Gun Media whose mission is to produce and distribute works of art across a range of media platforms that examine, explore, and critique issues at the intersections of race, gender, and sexuality. Themes explored in McClodden’s films have been social change, social realism, re-memory and more recently biomythography. She has produced, written and directed a range of films examining the including her award winning feature-length documentary film, black./womyn.: conversations with lesbians of African descent, a short narrative film Bumming Cigarettes, and an an experimental film portrait, roots.|&|rigor. featuring Philadelphia based sculpture artist Lorna Williams. She recently debuted her first solo exhibition of the first part of her upcoming four part series, Be Alarmed: The Black Americana Epic, Movement I – The Visions in Philadelphia, PA where she works and lives. 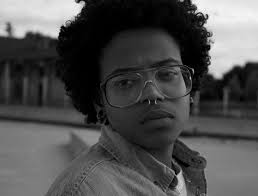 From volunteering with the Los Angeles Gay & Lesbian Center to Americorps Vista program, Lex believes that through community service and self care, the work of an activist is never done.  This explains Lex’s “No days off” philosophy.  Whether it’s creating visuals for poets, such as Emotions the P.O.E.T, or making commercials for 826LA, a non-profit writing and after school tutoring program, Lex remains busy building a community where ev human being is loved. Appreciated. And Welcome.  “I am a black B.O.I ”