Personal is Political: Tribute to My Teacher and Friend Audre Lorde – The Feminist Wire

Home / Academia / Personal is Political: Tribute to My Teacher and Friend Audre Lorde

Personal is Political: Tribute to My Teacher and Friend Audre Lorde 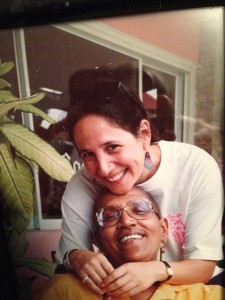 My writing is meant to be spoken out loud. My presence and the presence of the audience creates a sort of vibration that must be experienced live in order to achieve the fullest potential of the charge that comes from making a full connection. My teacher, Audre Lorde, understood and utilized her shamanic power as a poet, teacher, and spiritual conduit. Her attention and concentration were so acute that one could literally feel oneself being lifted off the ground by her incantations. I met Audre Lorde in the 1970’s when she came to visit a Social Science class taught by Dr. Gloria I. Joseph at Hampshire College. At a time when issues of racism and homophobia were rarely addressed on college campuses, Dr. Joseph’s courses pinpointed the foundations of these and other forms of institutionalized oppression.  Audre Lorde contributed to our explorations by highlighting the need for poetry as a means for dismantling “the master’s house”. In other words, she encouraged students to delve into their feelings, both conscious and unconscious, in order conjure the necessary information that could lead us out of mental slavery. As a western trained social scientist, Dr. Gloria I. Joseph was unusual in her ability to grasp the full implications of Audre’s message. But Dr. Joseph’s West Indian heritage and her involvement with the American Black Power Movements of the 60’s and 70’s gave her an appreciation of the liberating potential of Lorde’s art form, drawn as it was from the sacred depth of a traditionally Afro centric female sensibility.

I was fortunate to meet Audre Lorde at a time when I was trying to find a way to use poetry as means of survival and as a way to bring about change in a violent society. Audre Lorde inspired me with her vision, courage, artistry, dedication, spirituality, humor, loyalty and intelligence. She was the first person I ever met who embraced all aspects of her identity by insisting on self-determination and self-definition. She showed me what it means to be a warrior poet and what it means to be a teacher. Most importantly, she provided both professional and personal support to me during the most challenging periods in my life, thus modeling for me what it is to be a true friend.

Waking up this morning with a feeling of rage and depression that has sometimes made it impossible for me to accomplish my goals, I am reminded of another important aspect of Audre Lorde’s teaching. She told me that she had been in psychotherapy for thirty years. Although I had been in therapy since my adolescence, I had been embarrassed and secretive about it. Audre’s admission of her own journey in therapy made me feel like it was all right to seek professional help for mental and emotional distress. Finding the right therapist can be as difficult as finding the right teacher or partner, but for me it has been essential and I’m grateful to Audre Lorde for encouraging me in this crucial aspect of my healing. 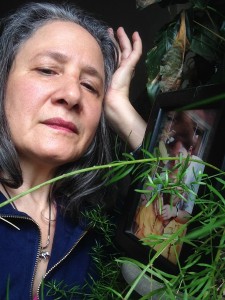 Melinda Susan Goodman has been teaching at Hunter College in New York City since 1987. In 1988 she published a collection of poems, Middle Sister, MSG Press, Paterson, NJ. She was a founding member of the Audre Lorde Women’s Poetry Center and was a former member of the editorial collective of Conditions, the world’s first Lesbian literary journal. Her poems have appeared in LGBTI journals and anthologies and she was an early recipient of an Astraea Award for Lesbian poets. Goodman holds an MA from NYU and an MFA from Columbia University where she received a fellowship citation. In 2012 she was awarded a fiction fellowship from the New York Foundation on the Arts.