Medicines for Our Survival: The Continuation of the Life of Audre Lorde – The Feminist Wire

Home / Audre Lorde / Medicines for Our Survival: The Continuation of the Life of Audre Lorde

Medicines for Our Survival: The Continuation of the Life of Audre Lorde

Peace.  I ask the ancestors of this land upon which we walk, your ancestors and mine, I ask them all permission to speak.  Modupe.  We thank you. Ase.   May it be so. 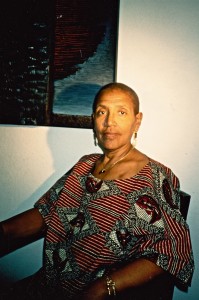 One: Recently, I asked my Madrina, Teresa Ramirez, whether there comes a time in the afterlife, in the other domain, when a Spirit revitalizes and returns to bring her work to another level and to assist us in raising our own vibrations to another level.  Her answer:  “Yes.”  Audre Lorde’s Spirit has entered another dimension of consciousness.

Two: Johnathan Lorde said that once his mother was diagnosed with cancer she began to live with a ferocity that was nothing short of daunting.

Three: Audre was still deciding on the artwork for the book cover, only months before she transitioned, knowing that it would be published posthumously, the marvelous arithmetics of distance.  In this arithmetic, marvelous, something wondrous to behold, the human calculation of time and space collapse. Distance becomes illusion. Linear time is scrambled.  A does not equal B. All opens into infinity.

Four: Maria Stewart asked us early whether we would be impelled to live differently if  we were to live fully conscious of our mortality.  Is mortality illusion?

Five: Procrastination is the theft of time, with a small ‘t.’  (taken from Odu Ifa)

I can’t think of a more fitting way to invoke Audre Lorde  on her 80th than thinking about her work, her words as medicine. Concoctions and elixirs.  Powerful medicine that we need at this moment in light of the major paradoxes that continue to govern our lives:

i)         Occularcentrism is more reliable, more valid than Spirit optics

ii)        That modernity is preferable to tradition;

iii)     That mind, body, spirit, the political, and the spiritual are vexed with one another;

iv)     That somehow the ability to walk on two feet (for those who can) and to produce texts with these instruments that are called hands trumps every other kind of living intelligence on this planet—the intelligence of Land and the lessons She constantly teaches.

To a large extent we continue to uphold human species dominance.  As we read these divisions, some of us might be inclined to say that these divisions are really so reductionist—really we are passed that!  But deep down we know that is not the case.

We know that we are surprised when these divisions and their assumptions surreptitiously creep up on us, especially when we are being the most radical!!!

We forgot to water the plantain shoots

When our houses were full of borrowed meat

And our stomachs with the gift of strangers

Who laugh now as they pass us

Because our land is barren

With stunted rows of straw

And our nightmares of juicy brown yams

That cannot fill us

Our skins are empty

They have been vacated by Spirits

Who are angered by our reluctance

I’m always struck when I read this poem by the extent to which it is rooted in Earth, in soil, land, juicy brown yams, the yield.  The earth has to be tended to, so as not to be barren, like Spirits, whom we must feed.   Tending to the Earth and fulfilling our contract, our covenant, if you will, with Spirit are actual, real things that we must do.  These actions are not theoretical, not hyperbole, not metaphor, not the post-modern penchant for floating signifiers!

Put differently, this contract requires something tangible of us, from us, Earth and Spirit do, at the very least they require relationship, which,  like any other, has to be built.

When in the closing lines of Coal, Audre states,

I am Black because I come from  Earth’s insides,

I take it less as  a statement about skin color than one about our elemental affinity to the Earth’s bowels where jewels are found.  Its jewels are a mirror for ours, reflecting back, of course, on our myriad identities. We share the same life force, each with its own set of instructions. “The myrtle tree is unconcerned with NOT being a birch.”  Each has its own imperative though they live side by side in the forest.  Sharing the same life force is not about sameness.  I believe that it’s in here, this rugged terrain of soil that Audre studied one of her most important lessons about difference.  Earth as incubator.

Because our affinity to Earth is elemental, it cannot be erased, unwittingly, in fact not at all.  It just is.  And as such, this affinity stands as truth. A true reading of that which is “dark and ancient.”  From what we know from sacred teachings of various geocentric traditions, these elementals, like Earth, Wind, Fire, Water, which all house and are the energies of Great Spirit know themselves to have a relationship with us.  They understand this relationship not only as one of permanence (which should not be taken to mean that it is unchanging) but one of reciprocity and certainly not one of human species dominance.  Reciprocity builds permanence.

There is a call here to live with the kind of urgency and scrutiny (Audre’s word) to have us offer up safety, offer up procrastination, offer up linearity; offer up distance, in order to move to that other vibration.  In order to do that, we must learn to make medicine.

I am finishing my piece of the bargain she says in the poem, October, and how I shall return.

We must draw up the contract, the agreement and complete the bargain.

The thing about medicine is that we must make it.

We must learn by heart what has never been taught. (Call)

Memory work. Beyond vision and intentionality, rather, threaded throughout it, is the painstaking work of active re-membering.  Literally piecing ourselves back together without a map; with no guarantees.

There is work to make the medicine and the daily practice of taking it, preparing the body to receive it.

I am a black woman, Audre says, stripped down

My whole life has been an altar

And I say, Aida Wedo is coming  (Call)

Surrender, handing over is different than giving up…

We must piece our weapons together, scraps of different histories. . .

Without community there is certainly no liberation, no future, only the most vulnerable and temporary armistice between me and my oppression.. (Cancer Journals)

Make the medicine as the elixir to form community, to conjure liberation. . .

As we search for greater wisdom in our daily living and bring greater wisdom to that search; as we feel the daily effects of Earth’s convulsings, much of it brought about by our own hands; as we think more concretely and act in ways that bring our whole selves more completely into being; and as Audre shifts her vibrations while we shift ours, we must know, that now, more than ever, our communities are in dire need of medicine.  We are the medicine makers. Make the medicine.  Take the medicine.  Ase.

A version of this reflection was presented  (and read by Angelique Nixon) at the Caribbean Studies Association conference, May 2013, Grenada. Excerpts have been taken from a paper I presented at a conference, Litanies for our Survival: Visual and Performative Conversations with Audre Lorde, which was part of a month-long series of collaborative events in March 2013 organized by Honor Ford Smith, Heather Hermant and Camille Turner, Community Arts Practice Program at York University, the Women and Gender Studies Institute, University of Toronto, and the backforward collective—founded by Diane Roberts, Heather Hermant and Danielle Smith—which organized the culminating event, After the 9-5 in Audre’s Livingroom.  The collective set up the Whippersnapper Gallery on Dundas as a living room with an interactive installation, tea, and Toronto’s first ever Chinese Lesbian Haircuts Pop-Up Hair Salon by Melina Young and Alvis Parsley. Alvis @ Fantasy is Reality Unlimited extended the poetry marathon with a four-part Falling in Love with Audre Lorde walking tour, trekking through the neighbourhoods of Chinatown, Kensington Market and Alexandra Park, reciting and interweaving Lorde’s poetry with personal narratives. Another highlight of these events was the Toronto premiere of Audre Lorde: the Berlin Years (1984-1992), (Dir.  Dagmar Schultz. 2012). The post screening panel took up the questions of the contemporary urgencies of Lorde’s legacy by featuring a panel with Dagmar Schultz, archivist; Marion Kraft, Black scholar author, both of Berlin; Gloria Wekker, co-founder of Sister Outsider (Amsterdam); Carol Allain, manager of Drop In services for disenfranchised women at Sistering, Toronto; Farrah Khan, coordinator, Outburst! Young Muslim Women Safety Program, Toronto; and Susan Blight, Anishinabe from Couchiching First Nation, visual artist, and co-coordinator, Idle No More. 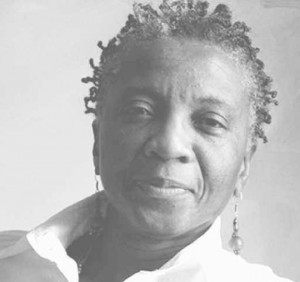 M. Jacqui Alexander is Professor of Women and Gender Studies at the University of Toronto; and founder and director of the Tobago Center for the Study and Practice of Indigenous Spirituality. www.latierraspirit.org