Audre Lorde’s powerful presence and visionary words made her iconic, one of the most influential thinkers and writers of the culturally rich lesbian-feminist 1980s.  Her prose (essays and a biomythography) and poetry were touchstones for a generation of lesbians who both sought and were pushed into ever-expanding political consciousness.  All of the political struggles, both within the lesbian community—racism, sexism, classism, ageism, ableism—and the “outside” world (add homophobia, misogyny, and patriarchy to the list), were integral to who Audre Lorde was and what she wrote.

Lorde’s work was not taken seriously during her lifetime by many who now regularly sing her praises.  Very few straight women, either African American or White, called her “sister.”   Political men, both African American and White, rarely included her work as they publicly deconstructed oppression.  Academics, with few exceptions, did not deem her worthy of analysis or inclusion on their required reading lists.  And, in the few instances where her writing received attention either literarily or politically, it was her poetry that was noted.  The fact that her prose was published exclusively by small independently owned women’s presses was both a result of the major houses’ narrow perspective and the fact that Audre Lorde’s prose, particularly her myth-shattering essays, was instrumental in framing a changing reality for many women, primarily lesbian women (a readership long dismissed by the mainstream publishing world). 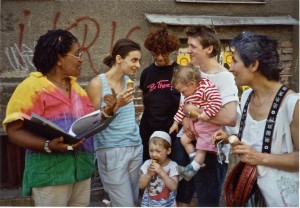 An example of traditional publishing’s brush-off is the anthology I Am Your Sister: Collected and Unpublished Writings of Audre Lorde (Oxford University Press) that included some of Audre Lorde’s prose work.  Not only did it appear seventeen years after her death, but Zami: A New Spelling of My Name is referred to only once in this “definitive” anthology: one line, in parentheses, referencing the title as the source of a community organization’s name.  To not understand Zami’s significance almost three decades after its original publication, a “biomythography” that has remained in print continuously for thirty years, cannot be viewed as mere oversight:  When it was published in 1982 it was the first “story” about a lesbian of color, a lesbian heroine who did not meet the time-tested tragic invert ending, a woman writing about her lovers, sex, making community, inventing a life.

I was Audre Lorde’s editor both at the Crossing Press, where Sister Outsider was published as part of the Feminist Series, and Firebrand Books, home to A Burst of Light.  When Persephone Press, the original publisher of Zami, closed its doors, the Feminist Series at Crossing secured the rights and reissued the book.  Unfortunately, after being pushed out at Crossing I no longer had the ability to continue shepherding Sister Outsider in the world.  After starting Firebrand I was able to include the several pieces that had been published as chapbooks by the no-longer-functioning Kitchen Table: Women of Color Press in A Burst of Light.

1982, Persephone Press, Zami: A New Spelling of My Name (biomythography)

1985, Kitchen Table: Women of Color Press, “I Am Your Sister: Black Women Organizing Across Sexualities” (essay)

Far from diminishing Audre Lorde’s impact, I believe that pointing out the context within which she flourished is important.  A unique and incisive thinker, an outstanding writer, an audience hungry for new ways of thinking, and a communications/distribution system—women-owned presses and bookstores—that effectively made her words available, printed and publicized them, all existed and came together at the right time.  I feel extremely fortunate to have been part of this. 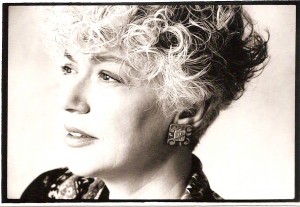 Nancy K. Bereano is the former editor and publisher of the groundbreaking, award-winning lesbian and feminist press, Firebrand Books (1985-2000).  Some of the best known, innovative, and well-respected lesbian authors of the time—Dorothy Allison, Alison Bechdel, Cheryl Clarke, Leslie Feinberg, Jewelle Gomez, Judith Katz, and Minnie Bruce Pratt, as well as Audre Lorde—made their literary home at Firebrand.  Nancy has been a political activist for most of her adult life, a troublemaker for all of it, and was instrumental in helping to secure the passage of LGBT antidiscrimination legislation for the City of Ithaca and Tompkins County.  She is a founding member of the Tompkins County Working Group on LGBT Aging, a twelve-year-old grassroots information and advocacy organization located in upstate Ithaca, New York.  She currently serves as a community representative on the City of Ithaca’s Workforce Diversity Committee and has recently been trained as a Talking Circles on Race and Racism facilitator.