Personal is Political: Accepting, Nurturing, Celebrating the Black Mother Within – The Feminist Wire

Personal is Political: Accepting, Nurturing, Celebrating the Black Mother Within

“The Black mother who is the poet in every one of us…that back place where we keep those unnamed, untamed longings for something different and beyond what is now called possible.” -Audre Lorde[1]

I am beginning to let her out, that Black mother poet within, beginning to show her to the world—break down the walls that render her silent, that keep her from building community and embracing differences. This is what I am learning to do as a result of taking Aishah Shahidah Simmons’s Spring 2013 Temple University Women’s Studies course, Audre Lorde: The Life and Work of a Silence Breaker, which required my reading several texts[2] Lorde wrote—as well as scholarship on Lorde—and watching films[3] on Lorde’s life and legacy. During the course—the process of getting to know Lorde through her living, breathing work—I began to understand the importance of breaking my silences surrounding my gender and sexual orientation, recognizing that I needed to define myself or else settle for others’ definitions of me, definitions that would likely be detrimental, labeling me as powerless[4]. 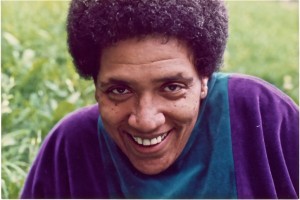 While breaking my silences, defining, and identifying myself is part of a crucial step toward betterment, there is still more I need to do—namely recognizing others, or building community, and listening “carefully to each other’s stories,” each other’s differences[5]. The point is not to “merge into one gigantic unit,” to become each other and lose all differences[6]. Instead, we need to learn to use our differences, our unique creativity, and our purposes, in the service of what we collectively believe.

I was not raised to think and feel the way Lorde encourages us to. I was domesticated in an overwhelmingly Bible-abiding, Christian household, brought up to believe that my identity as a lesbian was not “Christ-like.” My mother would often make remarks about lesbians and gays going to hell and swore that the “Holy Spirit” allowed her to pick up “their distinct smell,” which was that of “wet dog.” However, my mother never seemed to blatantly associate me with that smell because on several occasions, I told her that I “liked girls.” She would respond by telling me that it was “normal for girls to have crushes” on their female peers and even teachers, adding that “it was a stage” that I “would get over.” Until I turned 19, I believed my mother; convincing myself that I would grow out of whatever feelings I had for girls and women, suppressing a vital part of my identity.

As I am getting older, I think and feel there is something more to my mother’s aversion to my lesbian identity—aside from her religious views. Thinking more about her comments on how my liking girls was “a stage,” I wonder how she knew this, how she was so sure. While I do not remember my mother ever admitting to such feelings when I was younger, I wonder if she went through a similar “stage,” experienced similar feelings for girls when she was a child. Was my attraction to girls—and later women—reflective of something she felt, or continues to feel now, something she despised—despises—about herself, something she has been suppressing inside herself, something she has been covering up? Could my mother be a lesbian, afraid to come out, afraid to admit her identity to others, to herself?

Thinking about the possibilities of my mother being a closeted lesbian allows me to relate to her even more compassionately, as I know—was trained to know—the feeling well. So, continuing with the thought that my mother is closeted, aside from her religious views I can think of other reasons she might not want to come out. I remember being a young girl and listening to my mother tell me stories about how she was not treated like the white children she attended school with. Along with being a “nigger” in school, she was among the darker Cape Verdean children on her mother’s Fernandes side because her father was Black, which meant that she was considered the “black sheep” of the family. My mother’s color, the race she represented, was always an issue for her, something she learned to be ashamed of and could never escape, could never hide.  But her possible sexual orientation, her possible lesbian identity, was not so obvious. This could be suppressed. This could be hidden, masked. She could at least pass as “straight” in predominately white circles and at most be thought of as a down or “true sista” in predominately Black circles. She could avoid an added oppression, an extra punishment, a status as farther outside the rigid lines of acceptability, even if just for a while. My mother could have a “temporary armistice” with her oppression, refusing to accept her possible lesbian identity or recognize herself as part of an LGBTQ community[7].

While I realize that my mother had raised me as she thought best, using what she had, her mothering was not and is not enough. I do not have to settle for a mother who has not—will not—recognize, accept, legitimate my identity as a lesbian. I do not have to take the verbal, emotional, spiritual abuse I have put up with for so long, simply because of who and how I love. I can choose to love myself—my selves. I can do something she has so far proven herself incapable of adequately doing, something her mother might not have done well for her: I can learn to mother myself. 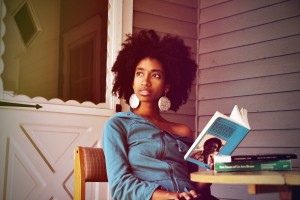 In the second chapter of her dissertation, “We Can Learn to Mother Ourselves: The Queer Survival of Black Feminism 1968-1996,” Dr. Alexis Pauline Gumbs furthers Lorde’s assertion that we—as Black women—can learn to mother ourselves, we can develop a mothering necessary for healing and community building[8]. Although we have been brought up in a society, a world, where we have been trained to reflect our self-hatred onto each other, where loving between mothers and daughters is impossible, we can and do learn to love ourselves, which allows us to love others—along with and aside from our mothers—across our differences[9]. This, in itself, Gumbs calls a “queer” love, which “exceeds” as well as “includes” homosexuality[10]. More than a name, role, or subject position, mothering—particularly Black mothering—is a verb, an alternative mode of production when we mother, when we exist for ourselves and not for the sole production of something that fits the dominant, capital-oriented society, world we live in[11]. Black mothering is, then, “out of control,” a “revolutionary danger,” a “subversion of power,” a “threat” to the current world we live in because we can create a different set of values, an entirely different way of living[12].

Relating Gumbs’s words to my relationship with my mother, although my mother has reflected her self-hatred onto me and contributed to the impossibilities of our mutual love, I can learn to love myself, love the parts of me she has attacked, embrace my lesbian identity, and begin the work of loving her, as well as loving others across our differences. A threat to the dominant, capitalistic world we live in, my mothering myself is also a threat to my mother, who still looks to the dominant, capitalistic world as her safety net, a place where she is most comfortable. Like the white women within the feminist movement that Lorde so often criticized of perpetuating the same oppression they were fighting against onto women of color, my mother has oppressed me in order to hold onto some form—while minimal—of power[13]. In essence, my act of mothering—of loving—myself is a fight against my dominant, capitalistic oppressors, which includes my own mother if she continues to place herself in that category. At the same time, I am learning to love her, recognizing that we are both oppressed by the same forces and need to connect, to unite across our differences, to develop community, if we are to become free. First, foremost though, I need to continue the process of loving myself, mothering myself. I need to continue to embrace the various parts of myself, including but not limited to my lesbian identity. I need to continue to develop and to nurture the Black mother within, the Black mother I have felt so without.

I am beginning to let her out, that Black mother poet within, beginning to show her to the world—break down the walls that render her silent, that keep her from building community and embracing her differences. This work is continuous. This work is difficult. This work is necessary. This work is a process that will transform me as well as our world. This work requires me to continue to break my many silences, to define myself or settle for powerless, outwardly imposed, definitions of me. This work requires that I seek out others and build relationships, develop community, unite across our openly expressed, unhidden, differences, to creatively connect our diverse talents, purposes, and consistently aim toward a collective goal of betterment for ourselves and the world we live in, the world we will leave for our own daughters, a world in which our daughters will be free, free to mother themselves, free to expose—to celebrate—the Black mother within. 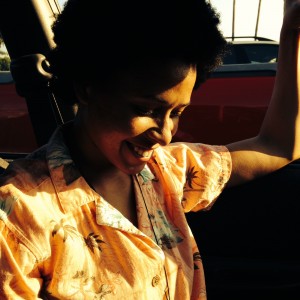 Ness white is a graduate student at Temple University, studying for her/his Master of Liberal Arts degree. Ness is also one of the co-editors of TFW’s Audre Lorde forum.