COLLEGE FEMINISMS: Forum Submissions on Campus Violence, Resistance, and Strategies for Survival DUE 6/1/15 – The Feminist Wire

COLLEGE FEMINISMS: Forum Submissions on Campus Violence, Resistance, and Strategies for Survival DUE 6/1/15 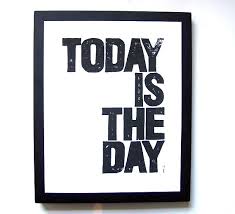 PLEASE SEND IN YOUR SUBMISSIONS!!

Thank you to everyone who has submitted to the College Feminisms Forum!  Please continue to share and submit!!

“COLLECTIVE VOICE OF THE VOICELESS”:
CAMPUS VIOLENCE, RESISTANCE, AND STRATEGIES FOR SURVIVAL

In 2014, over fifty US college and university collectives filed formal Title IX complaints against their institutions for a variety of reasons, including the mishandling of sexual assault cases by the administration.  Students, faculty, and staff nationwide continue to face both blatant and covert entangled acts of racism, sexism, ableism, homo- and transantagonism, and xenophobia, which, when presented to administrations, are systematically ignored, rewritten, and/or co-opted for dismissive neoliberal civility campaigns. This recent mobilization across US campuses materializes within, and because of, historical and transnational contexts of violence against communities who resist and defy the intersecting structures of white supremacy, patriarchy, heterosexism, and capitalism.

In her foreword to soulscript, an anthology of poetry edited by June Jordan, Staceyann Chin writes, “the collective voice of the voiceless is still one of the most powerful tools of change.” This forum is concerned with the ways in which “voiceless” members of college, university, and academic communities respond to the particular set of violences that surround them through coalition building, active resistance, and legal measurements. Additionally, we are interested in how campus collectives show solidarity with national and transnational publicized sites of violence, particularly around sexual assault, police brutality, and the lynchings, kidnappings, and mass murders of individuals, students, and communities. Importantly, this forum aims to serve as a space for critical conversations on surviving campus culture, academia, and international state violence.

Authors are invited to submit essays, poems, videos, pictures, and creative prose pieces that address any of these topics in relationship to college, university, and academic life from a variety of geopolitical locations (and in relationship to other educational structures):

Submissions should be roughly 1,500 words and are due by June 1, 2015. Please submit your work for consideration to “College Feminisms Submissions,”  and indicate in your cover letter that you would like your submission to be considered for the forum. More general information on the submission process can be found at: submission guidelines.

Selected News Articles and Writings on the Intersections of Campus, Academic, and State Violence and the Work of Building Collective Justice:

“And We Sat: Violence against the Bodies of Diversity and Transparency (DAT) Student Movement at Syracuse University” by Farrell Greenwald Brenner

“Can You Hear Us Now?” by Jake New

“Buff, Black, Tattooed, and Feminist: On the Utility of a Bro-Feminist” by Marquis Bey

“Racist Frat Prank at University of Chicago” in The Huffington Post

“The Cops Can’t Come Here: How a Predominantly White Institution is My Safe Haven” by ray(nise) cange

“An Open Letter of Love to Black Students: #BlackLivesMatter Dec” by blackspaceblog

“Ayotzinapa: A Timeline of the Mass Disappearance That Has Shaken Mexico” by VICE News

“Living on Borrowed Time: Six Young Trans Women of Color Have Been Murdered in America This Year” by Terrell Jermaine Starr

“Toward a Feminist Politics of De-Criminalization and Abolition: Why We Support Dr. Mireille Miller-Young” by Tamara L. Spira and Heather M. Turcotte