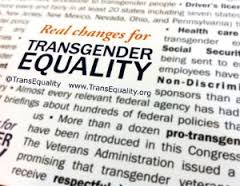 In 1981, the US Department of Health and Human Services (DHHS) created a Medicare National Coverage Determination (NCD) that declared, “the surgical procedures and attendant therapies for transsexualism” to be unsafe, experimental and controversial, and therefor not eligible for Medicare coverage. In May 2014, the DHHS reversed that policy, declaring that, “transsexual surgery is an effective, safe and medically necessary treatment for transsexualism.” This was a remarkable change in policy, not only because it lifted a longstanding ban, but also for the curious fact that it did so using a category of diagnosis (“transsexualism”) and a term for its treatment (“transsexual surgery”) that has not been in use for decades. So what happens when the DHHS revises a 30-year-old statute, using the outdated terms and attendant treatments of a 30-year-old diagnosis?

First, let me explain how American clinicians conceptualized the “medical condition” of “transsexualism” when the Medicare exclusion of “transsexual surgery” was drafted. In 1981, transsexualism was a newly recognized diagnosis, having appeared in the American Psychiatric Association’s (APA) Diagnostic and Statistical Manual (DSM-III) for the first time in 1980. Many of the clinicians who helped to establish the DSM diagnosis had worked in the small university-based clinics that had controlled access to transition-related medical and surgical care since the mid-1960s. At that time, transsexualism was understood as a genitally-focused problem. Genital sex reassignment surgery or, “transsexual surgery,” was its ultimate mode of treatment.

Fast forward to 2014, when a lawsuit prompted the DHHS to reverse its decades-old ban on “transsexual surgery.” Now thirty years later, nobody was using the term “transsexual surgery” because the diagnostic entity transsexualism no longer existed. The APA had replaced it with gender identity disorder in 1994 (DSM-IV), and then with gender dysphoria in 2013 (DSM-V). These changes in nomenclature were not simply new labels for the same problem. Professional consensus about how to understand and provide treatment for gender non-conformity had changed significantly since the 1980s.

While transsexualism was conceived as a genital-centric problem with a genital surgery treatment, gender dysphoria refers to the clinically relevant distress that some gender non-conforming people experience. It does not pathologize the desire to alter bodily sex characteristics as transsexualism had done, nor does it pathologize identity as gender identity disorder had done. Instead gender dysphoria recognizes that living as a gender non-conforming person can be very difficult for some people. Especially in contexts in which government agencies deny the legitimacy of internationally recognized best-practice medical responses to it. Some people diagnosed with gender dysphoria seek genital surgeries to alleviate this distress; some do not. Some seek out hormones, chest/breast surgeries, facial surgeries, hair removal or transplant. Some seek no medical interventions at all.

Though the clinicians and medical literature cited to support the 2014 overturn make note of the sweeping changes in trans- medicine since 1981 by using, well, contemporary language, the policy itself does not. The confirmatory statement that, “transsexual surgery is an effective, safe and medically necessary treatment for transsexualism,” is not just bafflingly anachronistic. It also has implications for people seeking medical and surgical treatments appropriate to the broad and flexible understanding of contemporary gender dysphoria, but whose coverage applies only to the genital surgeries that counted as “transsexual surgery” back in 1981.

Here is one example. Citing the 2014 Medicare decision, New York State recently revised its Medicaid policy to cover “transgender related care and services,” by which it means hormones and genital sex reassignment surgery. The policy specifically excludes coverage for what it calls “cosmetic surgery, services, and procedures,” defined as “anything solely directed at improving an individual’s appearance.” These ostensibly non-gender related and solely appearance based interventions include breast augmentation, facial feminization surgeries, procedures to remove hair or to grow it, body shaping procedures, Adam’s Apple removal, voice surgeries and more.

Relying on a version of “care and services” focused on genital surgery, the New York policy excludes some of the most widely sought out medical interventions that trans- people use to ease the gender-based distress that defines gender dysphoria. (Similar delineations between “gender” and “cosmetic” procedures are used by private insurers, for example.) According to these policies, “gender” is a property of the genitals and all other body parts and characteristics are “appearance.” If like transsexualism, gender dysphoria were conceptualized as a genital problem, this policy would be right on track. But gender dysphoria is not conceptualized that way. Rather than a property of individual anatomical structure, the “gender” in gender dysphoria is an irreducibly social thing. It is a product of living in a dynamically gendered body, not the description of an anatomically static one.

Because the line between “necessary” and “cosmetic” procedures is also the line between covered and uncovered procedures, there are very real economic and political stakes in designating one part of the body as “gender” and the rest as “appearance.” Such designations will significantly determine what “trans- medicine” looks like in the United States, what it means to transition, and who is able to do so.

By emphasizing what these new policies do not cover, I don’t mean to diminish the importance of genital surgery in many trans- people’s lives, nor do I mean to undercut the value of incremental policy change in improving American trans- healthcare. Instead, I think it is important to pay attention to how old language and outdated ideas about gender non-conformity, its clinical life and modes of treatment, are being newly written into healthcare policy. Instead of simply reversing a ban that has been shown to be untenable, the terms of the new policy must themselves be updated. Access to “transgender care and services” is crucial to those Americans who depend on Medicare and Medicaid programs. It is also crucial that the care and services they access are reflective of the times in which they are living.