How Sex Reassignment Surgery Works in America – The Feminist Wire

Fascination with Bruce Jenner’s possible transition from male to female has prompted a deluge of writing on Jenner and on the process of transition, more broadly. One such article, by Lenny Bernstein, appeared on the Washington Post “To Your Health” blog in February. Using Jenner as a point of departure, Bernstein’s article, “Here’s How Sex Reassignment Surgery Works,” offered what seemed to be a general overview of how folks get access to hormonal and surgical services and what these services aim to do. Well intentioned as it was, Bernstein’s outline may give the false impression that “sex reassignment surgery” is one kind of thing, or that it happens in one kind of way. Neither of these is true in the United States.

I have no idea and it is none of my business which—if any—hormonal or surgical interventions Jenner has undergone or plans to undergo. What I do know is that people in Jenner’s position, those with access to significant financial resources and social capital—are able to manage their transitions in ways that most trans- Americans cannot. This is not terribly surprising since we know that quality of healthcare is often determined by access to resources. But with all the recent talk about new policies giving trans- Americans unprecedented access to surgery and other services, it is important to attend to how these services actually work. In counterpoint to Bernstein’s article, here I offer  “How Sex Reassignment Surgery Works in America.” I name three ways. It works erratically, it works for the resourced, and it works without institutional support. 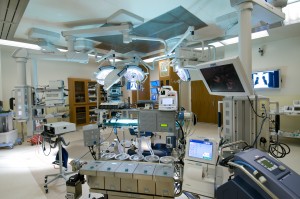 First: it works erratically. Any transgender American will tell you that getting good medical care, whether transition-related or not, is a roll of the dice (find an overview here and here). Despite the existence of recognized professional guidelines that recommend particular interventions and schedules of treatment, individual doctors differ considerably on whether and how they apply these guidelines. Many doctors refuse to provide transition related care, and others refuse to provide even basic healthcare to transgender patients. An individual hoping to begin hormone therapy or undergo surgery may have to search for a willing physician and endure considerable humiliation in the process.

Second: it works for the resourced. Like many fields of American medicine, access to care requires access to money. After the U.S. Department of Health and Human Services declared “the surgical procedures and attendant therapies for transsexualism” to be “experimental” in 1981, hormones and surgery for transgender people were explicitly excluded from federal health insurance programs and many private insurance benefits. For decades, hormones and expensive surgeries were available only to those who could pay for them out of pocket. This situation fueled the emergence of a dangerous black market in which illicit practitioners brutalized the bodies of transgender people who were otherwise excluded from care. Meanwhile, those with access to money bought surgical services from a small number of specialists who improved their craft and amassed significant personal wealth. The insurance situation is slowly changing as more private insurers are offering coverage for trans- procedures and the DHHS reversed its decision on the “experimental” status of trans- medicine last year. It is far from clear how such benefits will be accessed and exactly which surgeons will respond to the rapid increase in requests for procedures.

Third: it works without institutional support. We have not done serious research on transgender health in the United States since the early 1980s, when treatment controversies and funding problems led to the closure of the nearly 20 university-based gender clinics that had been operating here since the 1960s. Since that time, surgeons specializing in transgender procedures have worked almost exclusively in private practice, rarely taking on apprentices. Young American surgeons hoping to gain expertise in transgender specific procedures cannot find such training in U.S. medical schools. Instead, they seek training abroad in countries whose cultural and political attitudes toward transgender people have not been as conservative and punitive as ours (Serbia, Thailand, Belgium, The Netherlands, Japan, to name but a few). This is a problem. The net effect of having stigmatized a surgical specialty for decades is that in the United States today, there are fewer than a dozen surgeons who perform genital sex reassignment surgery on a regular basis. Many of the leading surgeons do not (and will not) take insurance for the simple reason that they don’t have to.

Decontextualized stories about what scalpels can or cannot do to the genitals of a person who has been able to access surgery doesn’t really tell us “How Sex Reassignment Surgery Works.” Surgery works (or not) in time and place; context always matters. Focusing too tightly on the operating room scene makes it difficult to answer important questions about which patients and which doctors end up in that room in the first place. A narrow focus on the OR also makes it hard to ask different questions about trans- health, questions about HIV prevention, reproductive options, hormone safety, and on and on.

“Sex reassignment surgery” does not work the same way everywhere. Though many countries around the world recognize the value of hormonal and surgical treatments for transgender people, in America these broadly accepted treatments are often still considered “controversial.” One effect of this embattled status is that political will to advance transgender health has been out of step with the medical infrastructure necessary to make such healthcare possible and accessible. Sex reassignment surgery (of the genitals, chest, and face) should be available to transgender people in the U.S., and not just for the lucky and resourced. Now, erratic practices, restricted access, and lack of institutional support all shape how and for whom transgender surgeries can “work.” And they make it clear that despite the warmth of the recent media spotlight, if we are serious about improving the lives and health of transgender Americans, there is much more work to do.