EMERGING FEMINISMS, The Spectacle of the Transgender Child – The Feminist Wire

Home / Activism / EMERGING FEMINISMS, The Spectacle of the Transgender Child

EMERGING FEMINISMS, The Spectacle of the Transgender Child

In recent years, the Internet has spawned a variety of new short film genres, including “The Cute Animal Video,” “The Lip Sync to a Pop Song Video,” and “The Wedding Proposal Dance Mob Video.” One popular such genre is “The Spectacle of the Transgender Child.” It’s been quite a sensation: one video posted earlier this year by Cosmopolitan magazine about a trans kid living in Brooklyn garnered over 37,000 views in only five days.

To many people, this might seem like a giant step forward in the advancement of transgender rights, but not to me. I’ve spent the last decade working in elementary education, and I’m also transgender myself. From both these vantage points, I find these videos disturbing. While I think increased awareness of trans identity is valuable, there seems to be a formula emerging for the essential components of this film category. I’ll do my best to outline that formula here and explain why it makes me worried.

Here’s what we see in the typical “Spectacle of the Transgender Child:” the opening shot is of a conventionally cute kid engaging in highly gendered behavior – things like styling their hair, dancing, playing a sport, or putting on gendered clothing and accessories. All of these things are aligned with the norms associated with the child’s current gender identity. The video then cuts to an interview with at least one parent, who is heterosexual, attractive, and gender-normative. The parent recounts the child’s gender history, beginning with the child’s assigned birth sex and the specific future they imagined for their child based on that assignment.

Then, the parent details, often tearfully, a pivotal moment in which the child began to resist the norms associated with their gender assignment at birth. The parents usually describe this resistance as upsetting, even destabilizing, but continue on to say that it eventually gave way into some clarity that their child’s expression of gender wasn’t just a phase. They talk about working to get on board with accepting their child as a boy or girl, often with the support of a doctor or therapist. At this point, the camera cuts back to the child, who we now playing with other children of the gender “opposite” from their assigned birth sex. The parent(s) talk about their journey to accepting their child, and often share a few fears about the kid’s future. Certainly, each individual video has its idiosyncratic diversions from the script, but the ending is always the same: the story gets tied up with a bow and we think we have all this gender-bending stuff figured out.

But here’s what we never see in these videos: there is little to no footage of the child describing their own gender identity (too risky – what if they say something weird?). There’s minimal reflection by any adults on their own genders (because their genders are “normal”), nor any critical analysis of the gendered expectations we have of children that start in infancy (can’t threaten the status quo!). We don’t see any footage showing the child actually defying traditional gender roles – instead, we see them moving from one set of gender norms and expectations to another. For example, maybe the kid was assigned female at birth, and so they would be expected to play with dolls and have long hair. Now, we see them playing baseball and combing their short hair in a mirror. In other words, it’s okay for a kid to transition, as long as the boy/girl binary is neatly preserved and maintained in the process (there’s that status quo again).

What’s going on here? Why are these the stories we see, and why is this the way we see them portrayed? Is gender so simple as this formulaic representation would have us think? My own experience has taught me otherwise. When I was a child, I insisted on cutting my hair short. I also loved trying on all of my grandmother’s necklaces and rings. I took karate, and my favorite toys were dolls. I liked shopping for clothes in the boy’s section, and all of my friends were girls. For me, none of these things were in conflict with one another, and I never felt like I was born in the wrong body.

Let me be clear: my critique is not of the families of these children. Parenting is the hardest job in the world, and these are all loving parents who know their kids better than anyone else. My critique is of the mainstream media, and the way they use their wealth to elevate a particularly narrow set of stories. All of these videos teach children something, and I worry that what they teach gender non-conforming kids is that there is a right way to be trans, a normal way to be trans, and all of that maintains society’s standards for what it is to be a normal boy or girl. The reality is most of us – trans or not – don’t fit neatly into those standards. There are very few people who fit perfectly into stereotypes of what it means to be a man or a woman, and all of us are taught to be ashamed of that. These videos do little to examine or combat these stereotypes, and until they do, I fear that little change will be made toward a more nuanced understanding of gender. Why not step back, stop trying to explain children’s identities for them, and, instead, pause, listen, and consider what they can teach us about the shades of gray that exist between and beyond the binary? 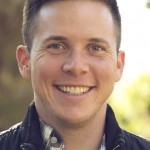 Harper Keenan is a former elementary school teacher and current PhD Candidate in Curriculum and Teacher Education at Stanford University. He lives in San Francisco.

Related ItemsActivismbody politicsChildrenCultureEducationEmerging FeminismsentertainmentFamilyfeaturedfeminismfilmGenderHealthHistoryMediaprivilegestereotypestransgenderWritingYouth
← Previous Story EMERGING FEMINISMS, Is Shonda Rhimes a Feminist?
Next Story → “These words/ they are stones in the water”: Introduction to The Feminist Wire Forum on June Jordan