EMERGING FEMINISMS, Is Shonda Rhimes a Feminist? – The Feminist Wire 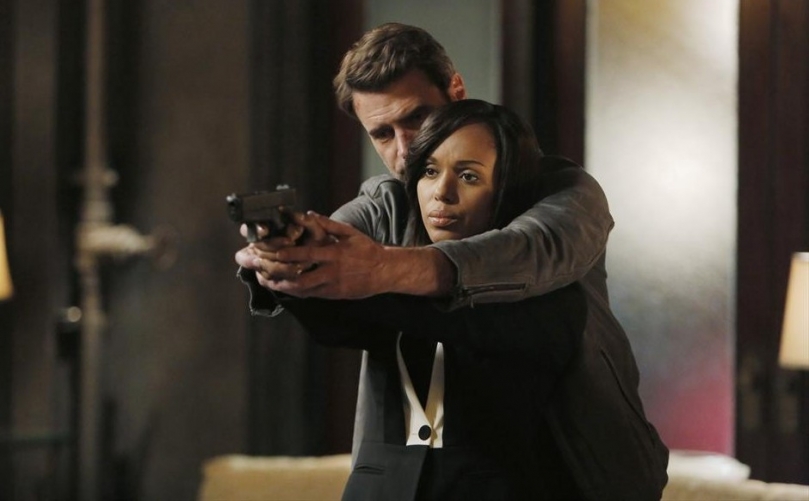 Season five of Shonda Rhimes’s wildly popular show Scandal drew approximately eight million viewers per episode. What does it mean to celebrate a successful show built on a “feminist” platform within popular culture?

It’s hard to think of a time when feminism was so enthusiastically endorsed by mass media. It seems that never in history has it been so fashionable to call oneself a feminist. Following Sheryl Sandberg, Beyoncé, and Emma Watson, many celebrities have been eager to jump on the bandwagon and be awarded this epithet. Why has today’s version of feminism gained such widespread appeal? What accounts for the sudden seductiveness of contemporary feminism?

Many people label themselves a feminist, and often clarify by saying that they believe in the social, political, and economic equality of all genders. This begs the question: equal to whom? White men? And if women were equally patriarchal as men, could feminism achieve its aims? The image of a world in which women and men are equally dominating, equally oppressive, and equally violent is not liberating. It is therefore crucial to distinguish between feminism-as-equality and feminism-as-liberation. Feminism-as-equality’s takeover of feminist rhetoric about equality masks an unwavering allegiance to patriarchy.

The conception of feminism-as-equality differs radically from, say, the definition of feminism that is offered by acclaimed visionary feminist bell hooks. hooks (2000) argues, feminism is “a movement to end sexism, sexist exploitation, and oppression.” Equality is not synonymous with liberation. An end to sexist exploitation and oppression, however, is by all means a liberatory vision because it includes everyone. It is important to note that this definition has no mention of gender. As bell hooks is always quick to point out, patriarchy has no gender. That is to say, women often internalize and are deeply invested in patriarchy – just think of all the women who vehemently oppose reproductive rights and justice in the U.S. today. Individuals of all genders have been socialized into accepting sexist thought and action. There will be no end to patriarchy until everyone challenges and changes the interlocking systems of sexism within their own lives.

Feminism-as-equality has gained such traction in popular culture because it presents no real threat to our current neoliberal system. Women can be integrated into oppressive capitalist and patriarchal structures without posing a serious challenge to these structures. The easy accommodation of popular feminism within neoliberalism is therefore the reason why it has been embraced with such fervor.

When, in Elle Magazine Shonda Rhimes claims that, “the beauty of being a feminist is that you get to be whatever you want,” she is perpetuating individualist, neoliberal “feminism.” Rhimes’ feminism rests on the assumption that feminism can be anything, that every woman can be a feminist irrespective of her lifestyle. Following this logic, whether you’re a woman CEO, who receives a paycheck from an institution that exploits the labor of thousands, or you’re a woman soldier, who kills people of color around the globe, and particularly women, you can still be a feminist. This kind of feminism is so easily co-optable by the neoliberal regime, because it requires women to contribute to sexist exploitation and oppression rather than to fight all forms of exploitation and oppression. Neoliberal feminists have become complicit in the very system that revolutionary feminism set out to end. Is it then surprising that we are witnessing a surge in feminism’s popularity?

To promote shows like Scandal and How to Get Away with Murder under the banner of feminism is a gross perversion of the feminist movement, which should be rooted in integrity and the radical commitment to liberation for all peoples.

One phenomenon that revolutionary feminism is fundamentally opposed to – and that these shows help sustain – is class elitism. Shonda Rhimes’ shows do not challenge the mainstream media’s glorification of hedonistic consumerism, of pathological narcissism, or of a culture of greed. On the contrary, viewers see Olivia Pope carrying a luxurious Prada handbag or drinking the world’s most expensive red wine as tokens of her success, her power, and her allure. Viewers do not see how the wealth and class power of elite groups of women, like Olivia Pope and Annalise Keating, are gained at the expense of other people’s freedom and particularly other women. Viewers are not confronted with the issue of the continued feminization of poverty that creates new underclasses of women to be exploited by the existing structures of neoliberal capitalism and the privileged within it. Feminist liberation requires a challenge to class elitism, not its maintenance.

I do not mean to suggest that powerful women cannot be feminists. The problem is that the power that Olivia Pope and Annalise Keating hold and exert is patriarchal and dominating. In the pilot of How to Get Away with Murder, Annalise Keating’s opening line is, “Clearly your karma is out-of-balance to get assigned to my class.” By announcing that she will chose five students to work at her firm, Professor Keating then proceeds to pit her students against each other in a competition which drives them to abandon any sense of justice or ethics. Power, in these shows, does not mean the ability to take action in connection with others. Power is asserted rather than shared; it works to reinforce inequitable structures. There is little emphasis on solidarity, cooperation, harmony, mutual enablement, or “sisterhood.” Instead, the emphasis falls on rugged individualism, on meeting self-centered needs, on the self-sufficient neoliberal subject who is untethered and who embodies a do-your-own-thing, mind-your-own-business culture in which individuals are so atomized that communities and meaningful relationships cannot be nurtured.

This contortion of feminism is exemplified in the romances between Black women, who reproduce patriarchy and domination in their own lives, and powerful white men. Olivia Pope, purportedly a feminist character, is in cahoots with none other but the U.S. President – the historical embodiment of neoliberal, patriarchal, and white supremacist domination.

Notably, Rhimes has not only been praised for her portrayal of feminist characters, but also for the representation of women of color in her shows – the protagonists of Scandal and How to Get Away with Murder are both Black women. Particularly since the #OscarsSoWhite controversy following the Academy Award’s list of all-white nominees this year, the lack of diversity in media has again become a contentious issue. Whilst it is reprehensible that people of color are disproportionately deprived of opportunities within the film industry, we must also be attentive to the representational politics of people of color in film and media. We must not only deplore the scarcity of roles, but also the types of roles that are available to actors of color.

The last five Black women to win an Oscar were awarded for their role as either an abusive mother, maid, or slave. In a 2015 conference at The New School, bell hooks challenged us to interrogate why we are continually entertained by images of the dehumanization of Black women.  Why, she asks, have there been so few attempts to “create different images; images of our humanity, of the fullness of our being?” In so doing, bell hooks is arguing that film should not exist simply to represent certain realities, but to push and create dissident ways of thinking and being. It is for this reason that, referring to Twelve Years a Slave, she emphatically says: “If I don’t see another movie where a Black woman is being raped, brutalized and beaten for as long as I live, I will be just fine.”

Shonda Rhimes’ decision not to capitalize on or re-inscribe such tropes of Black women is, indeed, groundbreaking. However, it is not necessarily liberatory. Instead of challenging the hierarchical, unequal, and often violent structure of society itself, Rhimes simply places her protagonists at the top of a vertical power structure rather than at the bottom. Viewers are not invited to think in opposition to dominant culture or, as bell hooks puts it, to “cultivate the oppositional gaze.” The portrayal of Black women as superordinate rather than subordinate, as dominating rather than victimized, is not a decolonized image; rather, it is an example of the power of neoliberalism to hide radical racial and gender critique.  Only an intersectional attempt to locate diverse protagonists outside a dominator/victim dichotomy would allow viewers “to see each other with new eyes,” in the words of Malcolm X (1964), and shift our current power structures.

With the creation of Black women protagonists with class status and power, who conduct themselves in the same ways as dominating and patriarchal men, Shonda Rhimes uses a feminist platform but undermines feminist politics. Ultimately, Shonda Rhimes’ shows betray feminism by keeping a racist patriarchal system in place.

Popular feminism is bolstering the power of an oppressive neoliberal system and is in no substantial way challenging racism and sexism. It is therefore time that everyone, including feminists ourselves, are held accountable for their collusion with this very system. The return to feminism-as-liberation will require staunch dedication to intersectionality, critical thinking, and resistance to the divorce between feminism and its footing in radical, visionary praxis. 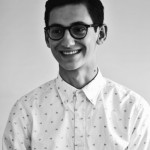 Alexander Stoffel is an undergraduate studying History and Politics at Oxford University. He is currently the LGBTQ+ Representative at the Queen’s College, Oxford. Alex grew up in New York City and Switzerland, and intends to return to the U.S. for further study after obtaining his bachelor’s degree.