Wagatwe Wanjuki is a feminist activist working and living in the New York City area. She uses new media tools to advance social justice. You can learn more about her work here.

Wagatwe: Thank you! I think one of the biggest changes that I’ve seen on college campuses is that there is an overall increased awareness and acknowledgment that this is a widespread issue. Administrations (grudgingly or not) are increasingly admitting that students are enduring sexual violence on their campuses and that schools have to do something about it (even if the schools’ solutions may be way off the mark).  And when administrations fail to do their job, students–and even alumni–are speaking up about they and their friends have endured and are demanding what they need from schools to better protect them. 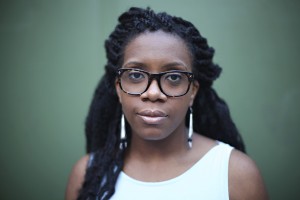 I also see that the movements on different campuses are a lot more interconnected, which I think is a big reason why the campus anti-sexual violence movement has had so much more visibility and success. One of the biggest perpetrators of sexual violence is silence and isolation, but now survivors can find community and support to combat these two forces to bring change.  I recently spoke at Tufts University at their It Happens Here event. It was so surreal to see so much change in so little time. It was clear that there was a close-knit community of survivors who supported each other. And the auditorium (where they held the event) was full and overflowing! It was amazing to see so many people come out in solidarity of the survivors. I definitely see the culture climate has changed for the better. And while I know not all campuses have seen this change, I think that the tools to produce change on college campuses are a lot more accessible and easy to find.

Stephanie: You recently spoke very publicly against RAINN’s new stance re: rape culture and what some call “carceral feminism.” Would you explain what happened and why you were compelled to respond the way you did?

Wagatwe: I came across RAINN’s suggestions to the Task Force through a Facebook friend’s post. The title stood out to me because it explicitly said that they thought using the courts & prison system to address campus sexual assault was the answer. I was immediately horrified because I know that the prison industrial complex has shown to be grossly inadequate in properly addressing sexual violence. It made no sense to me for RAINN to ask for its increased use when their own website admits that 97% of rapists never see a day in jail! It felt like the report was completely out of touch of the needs and wants of survivors close to the issue.

I felt compelled to respond because I wanted to make it clear that RAINN in no way spoke for folks like myself. Their opinion is not held by the majority of advocates and survivors I’ve met during my time as an activist. We have made so much progress in empowering survivors to come forward and I know that reporting to the police is simply NOT an option for survivors–especially those with marginalized identities. I worry that the “mainstream” organizations and narratives have been failing to take an intersectional analysis of the issue of sexual violence and have often ignored the needs and desires of survivors aren’t white, straight, cis, female, middle-class, etc. and I feel that RAINN’s report is a reflection of that.

Rape culture is one of the biggest reasons why administrators have been prioritizing the reputation of the school over the safety of their students. Personally, I know rape myths and misconceptions about domestic violence contributed to my old school’s inaction to my report. And the impact of rape culture contributes heavily to why so many survivors are afraid to report – whether it’s to their school and/or the police. Widespread rape myths are very harmful because they create a space where rapists can thrive, which is what they’ve been doing on college campuses. Sexual violence and the behaviors used to excuse it have been so normalized at the detriment of countless survivors. For RAINN to essentially take a position on rape culture that is often held by misogynists and so-called men’s right activists is very troubling. They are contributing to the problem where sexual violence is rampant, not challenging it. As someone who used to look up to RAINN for the resources it provided survivors and advocated, I felt compelled to respond for these reasons. I felt that someone had to publicly respond.

Stephanie: You have been doing activism online and in person for quite a while now. What advice do you have for people who are just starting to think about and do activism?

One of the most important piece of advice I can give is to say don’t be afraid to experiment. I first got into online activism when I created the RapedAtTufts blog. I had no idea about making websites, registering domains, social media, etc. But I sat down, Googled, read, and tried to learn as I went.  I think the willingness to fumble around and make mistakes is a key part of learning the best way to get things done as an activist. It also gives you an opportunity to be a trailblazer in new techniques or platforms.

Also: make sure to network, network, network. I don’t mean networking in a shallow schmoozy kind of way. I am talking about making genuine connections with other people, groups, and organizations; they truly are invaluable. I have gained so much by graduating from New Organizing Institute’s New Media BootCamp, going to conferences such as Netroots, and connecting with leaders I admire in various spaces – both through social media and in person. Not only have the people in networks turned out to be great in terms of access to information, but they’ve also provided invaluable support and encouragement. As an activist – especially in the feminist and specifically anti-sexual violence fields – it is SO important to have a strong support network in your corner.

Stephanie: Earlier this year, The Feminist Wire hosted a forum entitled “Beyond Critique.” We invited people to discuss how we can move beyond visible and open hostility among feminists and how we can move gently into love as a site of activism. How do you handle and address criticism and cultivate love in your own work? 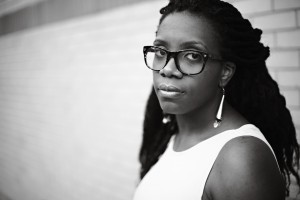 Wagatwe: I am very strategic about where, when, and how I address criticism. For example, it is a lot harder to communicate around certain topics in 140 character tidbits than it is during an open, in-person forum. So I try to make sure I am very clear in how I present and express my views that is best tailored to the medium I am using. If someone comes to me with criticisms, I am careful to take my time to think about where they may be coming from. Even if the criticism is said in a way that might be hurtful there could still be something valuable – and even correct – in what they said. I am not am a fan of tone-policing; I do think there are moments of justified anger and I don’t want to lose the bigger picture because someone expressed their outrage over something that legitimately warrants it in “harsh” tone. Overall, I aim to be just be thoughtful and open, which I think cultivates love and fights hostility. I have been fortunate to overwhelming avoid hostility in the feminism movement from allies. I honestly think it is because I try my best to be mindful and open to what others have to say as well as doing my research before I open my mouth (or move my fingers over the keyboard).

Stephanie: Self-care is so important to activists – well, to everyone, but activists who put ourselves out there for public critique really do have to find ways to care for ourselves. How do you take care of you?

Wagatwe: It’s taken me a long time to figure out what I want and need for self care; sometimes I think I am still figuring it out. One important thing I realize, though, is that I should just trust myself and listen to my body!

So I take care of myself primarily in a few ways:

There are other things that I do to take care of myself (like get massages – thanks Groupon!), but these are the main points on my list. I make sure to do things that make me feel good both physically and mentally as well as be mindful of consuming content that might be upsetting to me.

Stephanie: Is there anything else you’d like to say?

Wagatwe: Last month, I started a hashtag on Twitter – #SurvivorPrivilege – that ended up trending nationally. I was prompted to start it due to rage over my own story because there has been a very real, tangible impact of being failed by an apathetic college administration after coming forward as a survivor. I know that recently Shonda Rhimes made headlines by denouncing hashtag activism as not “real” during a Dartmouth commencement speech. I want to say that I think that she’s completely wrong. I think movements lose something very real if we start to put down and discount certain types of activism. Everyone has their part and if they can only participate now by contributing to a hashtag to make it trend, then I think we need to appreciate what those people are doing. #SurvivorPrivilege trending nationally allowed new people to hear the stories of survivors and feel inspired to share their own stories, find community, and spring into action in their own communities to address sexual violence. There are different levels of engagement and they are all necessary and valuable.

Also, I love hearing from others so if folks have any questions/want to reach out, feel free to tweet at me @wagatwe or send a message to my FB page www.facebook.com/WagatweWanjuki. Also, if folks want to learn more, I do talks on online activism, feminism, and sexual violence–I would love to come to your event or campus!