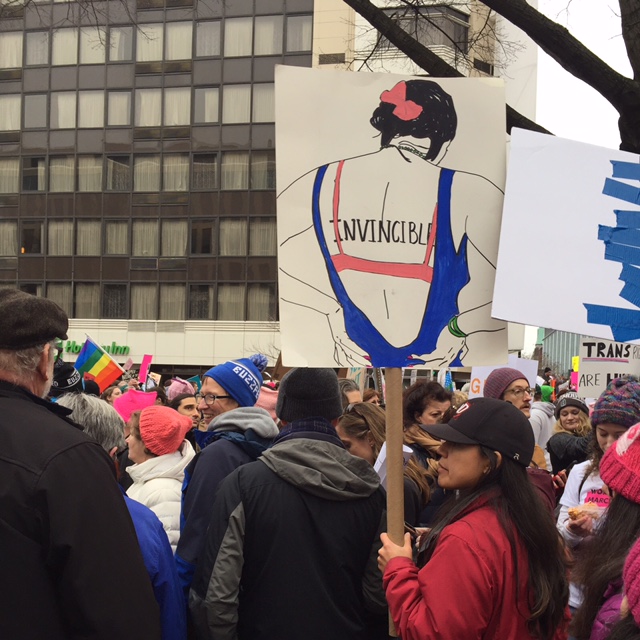 My female students are discussing their relationship to criticism, gathered at the back of the room in two groups. On the left are students who think a lot about how other people see them and on the right are those who believe they disregard the opinions of others in making their choices, pleasing only themselves. The entire class is standing on the left side of the room, and on the right is a single girl, alone. As some of the girls cross over to the left side, one remarks self-consciously, “I’m over here, but I really want to be closer to that side. I care too much about what other people think of me.”

Year-round, the halls and classrooms of an all-girls school echo with voices of self-deprecation. “I studied for twelve hours, but the insecurity is raging.” “All the people in that class are so smart, except for me. They’re on another level.” “All the girls at this school are smarter than me.” “I cry every day.” Around midterms or at the end of a marking period, these comments intensify, but they are nearly always constant, a low hum of self-criticism and self-doubt infusing everything girls say or do.

Recent studies have suggested that lower confidence is innate in young girls. In 2012, Closing the Gender Gap, a report by the Organization for Economic Cooperation and Development, argued that “even when boys and girls are equally proficient,” girls begin to rate their ability as lesser than boys when they are in only the first grade (68). The recently released World Health Organization’s report, Growing up Unequal, reports on girls’ high stress levels, gauges their unhappiness, and pinpoints their lower confidence, yet none of these studies comment on the source of these behaviors.

One of the most popular twenty-first century solutions to gender inequality is confidence. Books like Lean In and The Confidence Code have suggested that the last remaining hurdle to overcoming gender discrimination is internal. These arguments imply that women simply need to figure out how to turn off the voice of self-doubt and switch on the confidence. Only then will women finally realize that they do have equal opportunity; they just weren’t allowing themselves to take advantage of it. But this analysis maintains that women should rise above the circumstances that have caused their own oppression, and fails to account for structural inequalities that continue to persist in our society.

What does the teenage American girl think of leaning in? The girls I see every day are more ambitious than ever. They witness far more examples of successful women in almost every profession than I did growing up in the 80s, and their mothers are often high-achieving women who have managed to shape both a fulfilling career and a family life. Until the day after the 2016 election, they were also growing up in an America in which a woman could possibly have been our president, something no one even talked about when I was in high school. On the bus one day, I overhear a sixth grade girl describing how her life is all planned out. She wants to be a neurosurgeon like Ben Carson, yet she also wants to go to law school at the same time. She met another girl just her own age recently, who also had her future planned, and she says it was amazing to discover that there were other ambitious girls just like her. Nor does their ambition wane as they enter the teen years. Many of my high school students still want the high-powered jobs they may have imagined for themselves when they were younger.

But by the end of sophomore year, they start to wonder how can they achieve those ambitions in addition to other hopes and dreams, and what will have to be sacrificed in the process? If they work hard, will they achieve their goals? When? And when will there be time to lean back and enjoy the success born of hard work? As hard as we try to teach them balance, girls often feel as if any moment spent not working might prevent them from reaching their goals. And on election day 2016, they witnessed a crushing blow delivered to the Lean In doctrine as they watched a woman who had leaned in harder than any woman had before concede the election to a man with no experience, with no credibility, and with a record of numerous allegations of sexual assault.

Lower confidence is not innate in girls. It develops only after they begin to encounter what the world thinks of them for being a girl. Every day, I watch my students learn these painful truths. What they learn is that being a teenage girl in America today means confronting a contemporary American rape culture in which teenage boys are celebrated for their sexual conquests, in which a man who speaks flippantly of sexual assault can be elected as our president, and in which girls are shamed for bringing it on themselves. My students describe being followed by men on the subway, wearing sweatpants under their skirts so no one will touch them on the escalator, and wondering after they hit puberty if they should start carrying a pocket-knife or mace. They learn that some people will judge them harshly for being a feminist. One tells me how anytime she defends other girls some family members will respond by saying, “What are you, some kind of feminist?”

By the time they are fifteen, sixteen, seventeen, my students have learned that their opinions will mean less to some people because they are women. In a co-curricular discussion about gender one day, a girl describes hanging out with a group of friends – mostly male – and says that when she expresses her ideas, they don’t listen, but when a boy says the same thing, they tell him it was a great point. She says she wants to ask them, “Are my opinions invalid just because I am a girl?” But she knows she can’t say this and be taken seriously. The next day, another girl reports a similar experience that happened in a co-ed engineering class. When she suggested an idea, the boys ignored it, but when another boy offered the same idea, they all pronounced it brilliant. “I really hope that’s not what the working world is going to be like,” she tells me.

The sixth grader on the bus imagined she would go to medical school and law school simultaneously, but the senior knows all of the obstacles she will face in achieving even one of those goals and gaining respect in her professional life. Any misstep might result in the death of her dreams. Our current seniors began contemplating those obstacles much more deeply than any have in recent years as they listened, in tears, when Hillary Clinton said, “to all of the little girls who are watching this, never doubt that you are valuable and powerful and deserving of every chance and opportunity in the world to pursue and achieve your own dreams.” But my students wanted to know, how will they do that now, in Donald Trump’s America? As one said, “The election felt like all the doors of opportunity had just slammed shut in my face.”

To my students, the command to “lean in” can seem like yet another criticism that they aren’t living their lives correctly. Books about confidence and leaning in appear to them like modern-day conduct books, filled with new rules for how to navigate the precarious position of their gender. In my English classes, as we examine eighteenth and nineteenth-century conduct books detailing the proper etiquette for young ladies alongside Jane Austen’s novels, my students often find parallels between these historical sources and our contemporary instructions for how to become a woman. My students are more aware than young women of any prior generation that work-place etiquette books written by heterosexual white women simply can’t provide a life pattern for all women. Each fall, I teach a junior-senior elective on multicultural feminism, and in addition to literature, we read bits of feminist and postcolonial theory – Simone de Beauvoir, Chimamanda Adichie, Roxane Gay, Edward Said. My students consider whether new forms of feminism such as Sheryl Sandberg’s are applicable to their lives as young American women and whether these ideas can be extended to the lives of less privileged women in the US and other countries.. Lean In always prompts contentious discussions. Most of my students want to know why the problem of gender inequality is something they are responsible for fixing, and something they supposedly perpetuate by not responding appropriately to their oppression. They ask: isn’t this call for women to address gender inequality by being more confident simply another form of victim-blaming? How can confidence solve a problem of equity?

And will leaning in really bring happiness, they wonder? One day after school, a student asks me, “Dr. Gannon, are you happy?” In addition to everything else we teach them, above all, our girls want to know the secret to a happy life. She asks how long it took until I became happy, and when I tell her the truth — that I wasn’t really happy until I was thirty — she sighs and says, “But that’s like a whole lifetime from now.” At sixteen, happiness can seem a lifetime away.

Although they know they have more choices than they would have in the past, and more choices than many other women, my students still have to contend with the definitions of happiness written for them by others. Ever since she was young, one student tells me her father would talk about her future as a mother and a corporate lawyer, but lately, she’s been wondering how will she do both when there is so little time, and will “having it all” make her happy? She fears constantly that any misstep or mistake will result in happiness remaining ever out of reach.

What my students want most is not yet another life pattern shaped for them by others, but rather the freedom to make their own choices without judgment in a society that provides equal opportunities to all people. Yet every day they have to confront the question of whether they are following the rules for how to behave as a twenty-first century woman, and whether following the rules will even result in achieving their goals or in achieving the full gender equality that continues to elude American society. My students long for a world in which such rules are obsolete, in which conduct books are no longer necessary, as they describe it, a society in which power isn’t associated with gender. On election day, they saw just how far we are from achieving that vision. The self-focused feminism of Lean In and The Confidence Code, a feminism that fit so easily into American capitalism, prompted women to imagine (and achieve) the kind of individualistic success that had long been denied them. But one woman leaning in and developing the confidence to do a job that for the past 228 years, only men had done, was still not enough to give us a female president. Instead of telling them to lean in to a flawed system, it is time now for all of us to lean in to making our girls’ imagined, more equal world a reality. 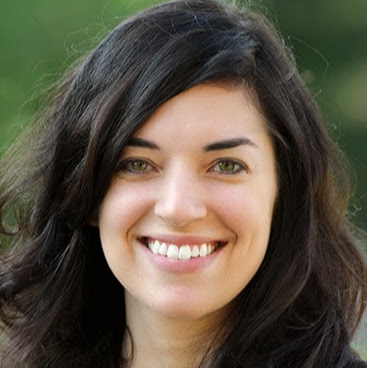 Christiane Gannon is a writer and Upper-School English teacher at the National Cathedral School in Washington, D.C. She holds a PhD in English from Johns Hopkins, and taught previously at Hamilton College. She and her husband, a public school English teacher, are at work on a memoir about teaching English in communities of privilege and poverty.