On 20 September 2016, the day after the Charlotte-Mecklenburg police shot and killed Keith Lamont Scott, I, with a few others, traveled to Charlotte to lend support and people power to the uprisings taking place in Uptown Charlotte. The people I organize with were in close communication and relationship with organizers on the ground in Charlotte who made the call for people and supplies to be brought to Charlotte and support the uprisings. When we arrived in Marshall Park, we were met with hundreds of people, mostly young black folks, taking to the streets and expressing their righteous rage against state-sanctioned terror. We were also met with hundreds of paramilitary-style police in full riot gear who were occupying the street and escalating violence by unlawfully arresting peaceful protesters, tear gassing protesters, and beating up protesters. However, I witnessed massive resistance to this police brutality. People picked up still spouting gas canisters and threw them back at the brigade of police. One young man hopped on the hood of his partner’s car, started beating his chest, and proclaiming “Black Lives Nigga! Black Lives Nigga!” The energy was high, intense, overwhelming, frightening, and revolutionary.

By the following Friday and Saturday, when I returned to Charlotte, accompanied by classmates and fellow organizers, the scene had shifted perceptibly. While the media portrayed the protests as taking on a more “peaceful” tone, I witnessed a notable co-optation of an uprising that was started by the righteous anger of young, poor, and working class black folks. Now, there were many different groups and interests—one of which being upper-middle class black people in Charlotte—who saw the uprisings as an opportunity to further express their discontent with city and county officials. While I can only speak so much about co-optation considering that I, too, was an out-of-towner (even though I and others arrived at the request of on-the-ground organizers), this shift for me signaled a clear end to the power and leverage generated from the earlier uprisings.

Not only was the mood and atmosphere changing, but also the political nature of the uprisings themselves began to shift. Consider the following example. During a break in the march held through Uptown Charlotte on Saturday night, an attorney that had been a part of the protests since the first night took the megaphone and spoke. He started by congratulating everyone on being “peaceful” that night and how nonviolent demonstrations are what would sustain this movement. He then went on the say that nonviolent demonstrations is what caused the Bank of America headquarters, located a couple of blocks from where we were, to close for a few days. This statement is patently untrue and ideologically misleading—the Bank of America shut down because folks smashed windows and set fires in front of the building. Furthermore, because the protests had taken a “peaceful” tone, the Bank of America announced it would in fact be opening back up the next day for business.

In his rhetoric, the attorney not only misattributed the power of shutting down a major bank to “peaceful” protests, but he also made the argument that non-disruptive action, like marching through a street that police were actively blocking off to demonstrators, had the power to keep a major bank from operating. This discredits the actual existence of more extreme, but productive, tactics (“people were also peaceful; they never destroyed property or vandalized anything”) and it also furthers a particular “pacifying” ideological stance (“nonviolence will ultimately get us what we want”).

These lines of thought are wrong for numerous reasons. One in particular is the policing of young black rage by other black folks. Young black folks KNOW—because experience has taught us—that the powers-that-be, which includes white supremacy, the state, and the police, maintain their power through violence. The only difference between their rage and ours is that theirs is tactical, resourced, and organized in ways that ours is not. It is also imbued with powerful myths and ideologies that uphold their legitimacy and a white supremacist social order that kills, beats, starves, and tortures black people with impunity.

Most of the justification for “peaceful” protest is the idea that having and maintaining the moral high ground will allow us to accrue power. This is untrue. While morality in issues may be important, morality in tactics is not. We don’t have to be friends with oppressors – and in fact, we’re not when they have power over us – in order to build power. In the “Fallacies of Neoliberal Protest” (2016), Russell Rickford, an associate professor of history at Cornell, makes a similar argument. According to Rickford, neoliberalism appropriates feel good multiculturalism in order to trick oppressed subjects into believing that being heard is building power. People in power appeal to our desire to “be heard” in order to trick us out of organizing ourselves to gain the real power necessary to challenge systems of oppression.

Instead of a politics of recognition, where we desire to be seen and heard by those in power, why not a politics of confrontation, where we build the people power necessary to actually challenge and threaten institutions that oppress us? Instead of preaching no property destruction, why not organize around that destruction to target those with power as a way to leverage our own power?

The power of black rage was what was so amazing about the Charlotte Uprising. The destruction occurred in an area of concentrated wealth accumulation, the kind of accumulation that drives inequality and necessitates a brutal policing force to maintain that inequality—a policing enacted on black bodies that oftentimes leads to our death.

I take guidance and inspiration from the organizers in Charlotte, who continue to educate, mobilize, and organize the most impacted young people around the Charlotte Uprising as I think about how to legitimize and organize around black rage in the work that I do. This work involves organizing young people of color around the political issues relevant to us. Especially in these political times and under this Trump-Bannon administration when we see the blatant and extreme criminalization of black protest and dissent, how do we channel that political rage into political education and organization that allows us to collectively and effectively resist and fight—and I mean fight—for the liberation we know we deserve and to rage on in the process? 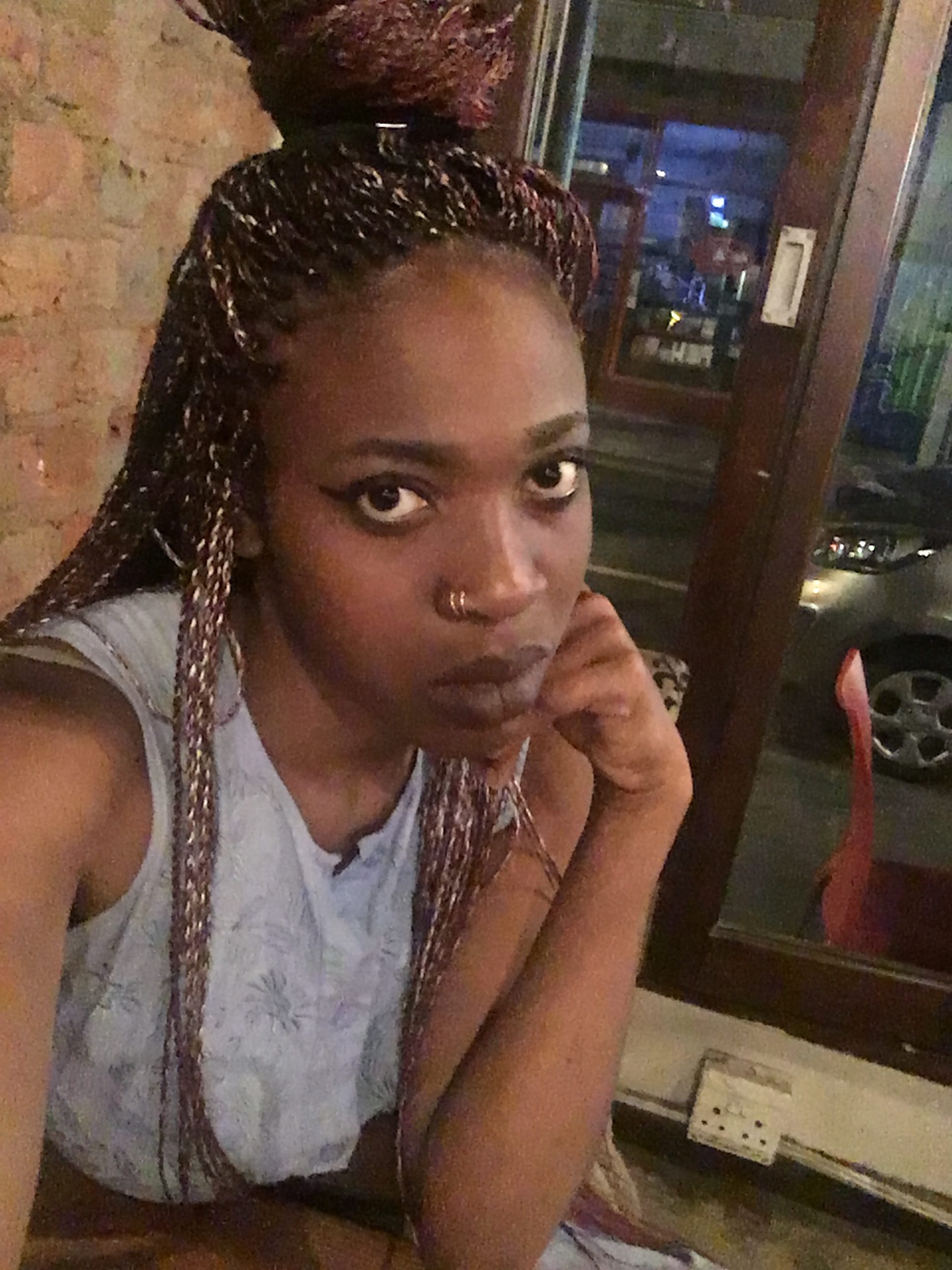 Mina is a senior at Duke University, majoring in Cultural Anthropology and African and African American Studies. She is currently writing an honors thesis on prison abolition organizing in Durham, NC. When she is not working on her thesis, you can find her organizing and building power for her people.