COLLEGE FEMINISMS: No More Civility: Putting an End to UConn’s Violence and Silence – The Feminist Wire

COLLEGE FEMINISMS: No More Civility: Putting an End to UConn’s Violence and Silence

By Martina Powell and Lauren Todd

When University of Connecticut President Susan Herbst addressed the recently filed Title IX complaint against the university as “astonishingly misguided” and “demonstrably untrue,” there was nothing misguided or untrue about her tone: the complainants are liars, over-embellishing sneaks with an agenda unknown, and exaggerated attention-seekers in the eyes of the administration. Of course, and quite predictably, President Herbst could not (and would not) say so openly—that would be “uncivil” of her. 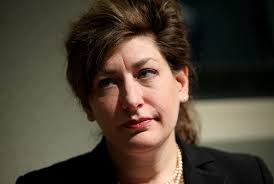 Arguably spawning from a sensationalized moment in the Spring 2013 semester, President Herbst and her loyal, compliant administration launched a civility campaign on the Storrs campus of UConn. This campaign includes a Presidential Task Force on Civility and Campus Culture that holds open office hours for campus community members to attend. Office hours and “town hall discussions” are used to provide a space (although sometimes not a safe one, as shared by students who attended one forum) for concerned individuals to express their grievances with the university’s “campus culture” and to provide the Task Force with suggestions on how to improve campus “civility.”

But why name this initiative the “Presidential Task Force on Civility and Campus Culture?” Already, the politics of power, control, and debate-ending “final say” declarations are in full force: this collective is organized around, works for, and belongs to President Herbst, who, as noted above, finds UConn’s campus to be a livable environment for all students. Will the Task Force’s findings prove that there is also an actively hostile culture operating at the University of Connecticut? If so, will President Herbst conclude that those findings are equally “astonishingly misguided and demonstrably untrue”?

Why endorse “civility,” besides offering an opportunity for Susan Herbst to glorify her own research on civility and incivility? With an understanding of its derivation from the word “civil” (and thus “civilized”) in conjunction with the Merriam-Webster dictionary definition as “polite, reasonable, and respectful behavior,” it is appropriate to conclude that civility refers to manners; that civility is “please” and “thank you” and holding the door when someone is just a few feet behind you and refraining from name-calling; that civility is picking up litter, keeping your elbows off the table, chewing with your mouth closed, speaking with your “indoor voice” or without swear words, and using “ma’am” or “sir” to address your elders.

Suggesting that students be well-mannered, smile kindly, pick up trash, be civil does not even begin to address the prevalent, malignant, oppressive forms of violence that UConn accepts and embraces. The administration’s understanding, as demonstrated through the creation and naming of the Task Force, of structural aggression and brutality is embedded in a theory of the lack of political correctness and politeness, instead of hierarchal and historical systems that reign over our society. That understanding continues to foster erasure, coverage, and denial. 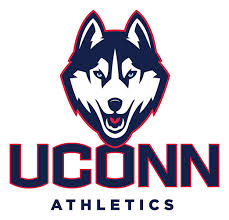 Why not name the Task Force “the University Collective seeking to Eradicate Sexism, Rape Culture, Racism, Classism, Homo- and Trans- Antagonism, Ableism, and More on Campus”? Is that too “aggressive”? Because last time we checked, aggressive is “everything a Husky should be,” according to women’s basketball coach, Geno Auriemma, regarding the rebranding of the university. Yet the initiative does not get named so explicitly as what we’re suggested because to do so would call for an admission that these structures exist and function somewhere as ostensibly “progressive” as UConn and the American Northeast.

At its base, this is a conversation/critique of language and connotation, but it is also one of the historical powers of diction. “Civility” and an understanding of civilization in America is what fueled massive genocide and extinction of Native American tribes and cultures; it justified the kidnapping and forced labor of Africans from their homelands; it implements thousands of pieces of legislation that bar Latinas, Latinos, and Asians from immigrating to America; it forbids LGBTQI communities from living comfortably and freely within our borders.

Civility is tolerance. To allow, to accept, to endure, and to put up with: these are not positive qualities. Why should we have to live under these circumstances? Civil is not an appropriate word, nor is tolerance. These words are about “getting by” and “doing what one has to” in order to maintain peace and harmony. But “peace” and “harmony” are about protecting privilege and upholding supremacy. All social reformatory movements are, by definition, uncivil practices, because they resist violence and domination while disrupting power structures. For example, when Europeans captured Africans and enslaved them, should the Africans have remained civil? Should they not have yelled, fought back, escaped? What many did for their freedom and justice was most certainly uncivil. And it is a disservice to our community to ignore the harmful histories that come with civility and the progress that has been made and will continue to be made through “uncivil” action.

President Herbst’s word choices are recurring points of contention. For example, her inattentive reference to the patriarchal, racist, slave-owning, sexually abusive, labor exploitative Thomas Jefferson, in an email she sent asking students to pick up trash after “budget constraints” left the university “short-handed.” And although she has been somewhat reflective that her speeches are often “misconstrued” (see: “President Susan Herbst Delivers Sexual Assault Response Statement”), her unapologetic use of a term—“civil”–that contains such violent histories is indicative of a culture whose greatest goals are to feign care and a desire for change, while simultaneously continuing to silence survivors’ voices in a sea of “pleases” and “thank yous.”

We do not want or need a campus conscious solely of the societal constructions of politeness.

We want and need an administration that explicitly names each power structure that operates at the University of Connecticut and then works actively and reliably to eradicate it.

We want and need acknowledgement and a commitment to straightforward conversation.

We want and need email alerts and editorials to be honest, non-biased, non-victim-blaming sources of information.

We want and need every individual to feel supported on campus whether it is walking alone at night, wearing a t-shirt in remembrance of Trayvon Martin, using a wheelchair or crutches, donning religious and cultural garments, and/or speaking out against all forms of violence, regardless of their position at the university.

And this cannot, will not, happen in a society that is simply civil.

So, with all due respect to President Herbst and the Task Force, fuck civility. Let’s talk about rape culture, sexism, racism, religious intolerance, heteronormativity, classism, ableism, and apartheid. Let’s talk about violence and nonviolence, inequality and equity, partiality and justice.

Let’s talk about anything, absolutely anything, other than civility. 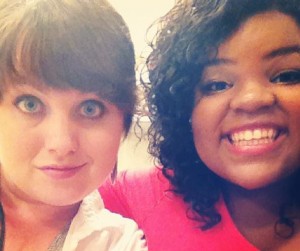