By Guest Contributor on November 6, 2015

When the University of Connecticut (UConn) men’s basketball team won the National Collegiate Athletic Association (NCAA) Men’s Basketball Title on 7 April 2014, I could hear cheers of excitement at Gampel Pavilion across campus. Soon, the amount of UConn students amassed together exceeded numbers in the thousands. In what later became termed a “mass riot” on Fairfield Way, students were caught climbing trees, lighting firecrackers, and tearing down light-posts, incurring a total of $55,000 in property damages. However, the amount of emotional and physical damage caused by this event was incalculable.

To me, it was clear that UConn’s administration anticipated chaos following the championship. For example on the morning of the game, I received a mass email signed by Kevin Ollie, Geno Auriemma, and Susan Herbst informing students to “Remember: all eyes will be on UConn. So show your pride while treating one another, and our campuses, with care.” Furniture was moved out of the Student Union in anticipation of wreckage, extra police were called to duty, and the University even hired a DJ in the hopes that his presence would contain celebrating students to Fairfield Way. Unfortunately, containing the masses resulted in pushing together mostly intoxicated, aggressive male students who sought to celebrate their dominance in sports by assaulting women.

The morning after the riots, the public conversation focused on the physical property destruction. As “the feminist” amongst my friends, I was soon told stories of harassment and assault towards women at the riots, particularly accounts of female students being kissed and grabbed. One story, detailed how a random student grinded against another student and began to feel her up. The violated student said she pushed his hands away and continued dancing, but a few minutes later he returned and did the same thing. Similar stories were revealed to me about the physical violence of students forcing themselves upon other students.

Numerous students were talking about how men coerced women to partake in activities while intoxicated.  Laura, a freshmen, explained “there were several girls who were totally gone and being taken advantage of by some random guy, who was probably drunk too, but obviously that doesn’t excuse it…It was the drunk girls who were being toted around by a random dude that were probably in a lot of danger.” Samantha, a junior, detailed how “a girl was being yelled at to take her top off…she was drunk so she did…and people took pictures and videos and posted them online.” I’ve included this testimony not to suggest that the issue is about drinking (as many college administrations would like us to believe), but rather to point out that intoxication is often a mechanism that men will use to perpetuate further acts of violence against and harassment of women. This moment of “celebration” was in fact used by male students as an opportunity to harass women.

Central to the violence and perpetuation of rape culture on campus is the verbal harassment during the celebration. One witness of the violence heard a conversation between two students watching a woman up in a tree. When the woman got down, one student said to the other:  “dude she’s going to get raped, but not in a bad way.” Additionally, Aaron, a sophomore, described his concerns with the violence of the event when he described his experience with verbal harassment: “I…walked my friend back to her dorm at 3:00 a.m. and received multiple cat-calls and aggressive vocalizations from rowdy gangs of men… [They yelled] ‘I bet they’re gonna fuck tonight!’ or ‘[M]ind if I have some?’ … When we didn’t respond, we got… [called] ‘assholes.’”

These incidents are not the first reports of harassment and violence towards students, and particularly women, that have occurred on UConn’s campus. UConn recently underwent a U.S. Department of Education investigation in response to the Title IX violations filed against the University in October 2013. Among the many allegations made against UConn, police insensitivity and failure to act were common themes. It is therefore unsurprising that while the UConn Police Department made arrests pertaining to property damage, there were no arrests reported for sexual assault and/or harassment on the night of the championship.

When I asked the people telling me about their experiences why they did not report what they experienced or witnessed, almost all attributed it to distrust of the police. One person explained, “My friend was trying to defend another friend arrested for throwing a can and the police said to me, ‘Is this your friend? Get this little bitch out of here before I have to arrest her too.’ I didn’t report because I feel that occurrences like these are extremely normalized. How do you report something about the police when they are incredibly justified by the hierarchy of our society?” Similarly, another student lamented, “The police were some of the ones being very intimidating and harassing so I would never feel comfortable going and reporting to them.” As in many situations of violence, the “victims” were fearful of not being taken seriously by the larger community.  As one student explained: “I feel like people would have blamed her [my friend] for being in the dance mob and that somehow it was her own fault.”

With the prevalence of sexual harassment and assault on UConn’s campus, there are deeper politics of property and gender at work. In the United States, we live in a capitalistic system that encourages aggression as a means to “get ahead.” Angela Davis argues that the same mentality that drives capitalism is also inherently and deeply connected to the prevalence of violence against women, particularly committed by men (Davis, 1998, 129). UConn is part of this capitalistic system, considerably due to the amount of revenue UConn raises from the men’s basketball team every year. The UConn administration does not want to lose this capital, and like many universities, is reluctant to prosecute any accounts of harassment or assault pertaining to or revolving around athletics, especially when they are of a sexual nature.

When the UConn men’s basketball team won the most prestigious collegiate athletic title in the country, the violence against women went unrecognized by the University. Some men will continue to act violently – verbally and physically – towards women when they recognize that they are “immune to prosecution because they commit sexual assaults with the same unchallenged authority that legitimizes their daily assaults on the labor and dignity of working people” (Davis, 1998, 135). Additionally, the ability to blend into the crowd enabled perpetrators to shrug off responsibility for their actions. Within capitalist bureaucracies, profiteers may utilize the complexity and vastness of their businesses to falsely argue that other departments or individuals are responsible for casualties that result from their profit-making mechanisms (Clare, 2009, 63).

The aggressions of capitalism are the “sexual politics” of patriarchy, which Kate Millet defines as “arrangements whereby one group of persons is controlled by another” (Millet, 1970, 524). She argues that not only are men physically and mentally aggressive to control women, but that all structural powers, such as the police, are organized by dominant men. As a society, we have been socialized to fulfill these dichotomous power dynamics. I believe it is important that we, as survivors and allies, not second-guess ourselves in reporting inappropriate, reprehensible, and violent behavior.

The problem of male aggression, particularly in terms of capitalism and patriarchy, is an issue for feminist studies. Women experience the violence exhibited towards them, but also suffer from an inability to report that stems from the blame society projects onto victim-survivors. It is understandable that individuals who were violated did not trust the UConn police enough to report their experiences. However, I would encourage survivors to become involved with student feminist collectives on campus to share their stories and visibly work to end violence.

The first step to eradicating the violence is to recognize it and name what happened—the UConn administration must recognize and be accountable to these events as forms of sexual harassment and assault.  Understanding the intersections of capitalism, societal norms, and violence as part of a political project is necessary for organizing and addressing a more complicated perspective of society that is in need of change (Clare, 2009, 72). Importantly, the question of sustaining collective change remains.  As Audre Lorde (2007, 43) encourages us to think about: What happens after the planning of protests and forums that engage the community?  How do members of the collective stay involved to ensure that social transformation is possible?

During the 2014-2015 academic year, UConn made some improvements in creating resources for student survivors and encouraging bystander intervention. However, they still refuse to account for their role in the ongoing violence against students on campus.  There is a particular refusal regarding the Title IX lawsuit filed against the university, which suggests they are still failing to acknowledge, and transform, the connection between capitalism and sexual politics. In creating a more equitable, inclusive, and sustainable community, the UConn administration needs to hold themselves accountable for their role in the perpetuation of rape culture on campus that affects all of its students. Until then, we will not be able to fully contend with the violence as a community. 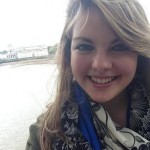 Lisa Vickers received her B.A. in 2015 from the University of Connecticut with majors in History and Women’s Gender and Sexuality Studies, as well as a minor in Human Rights. Her research interests are concentrated in gender and law. She continues to work toward the eradication of violence against women, and increasing girls’ access to education. Lisa currently acts as a Reserch Assistant at Yale Law School.