EMERGING FEMINISMS, Speak: My Own Transformation from Silence – The Feminist Wire

Home / Academia / EMERGING FEMINISMS, Speak: My Own Transformation from Silence

EMERGING FEMINISMS, Speak: My Own Transformation from Silence

By Guest Contributor on November 5, 2015

I have come to believe over and over again that what is most important to me must be spoken, made verbal and shared, even at the risk of having it bruised or misunderstood (Lorde 1984: 40).

The depth of Audre Lorde’s words have shaped much of my thinking as a writer, woman, feminist, lover, and student; recently, her words have become very real for me. I’ve felt the call to replace my own silences with language, voice, and writing as a way of responding, critiquing, and surviving. In my experience, remaining silent has been far easier than speaking. To speak is to put myself in a place of vulnerability, sharing the very real ideas and thoughts that are carried around in my mind and heart. I have taught myself to be cautious when sharing my thoughts, for thoughts are, by their very nature, intimate and personal. I’ve learned to treat this privacy of thought as sacred. In the vulnerable act of naming my thoughts, of coming to speech, I find the fear of rejection. The fear that I, myself, the vessel where my thoughts reside, might be rejected. It is a real fear, a legitimate and merited fear, a fear that many women in my life have shared alongside me.

For quite a while, this deeply rooted fear of rejection kept me from speaking. I remained silent in an attempt to avoid criticism, disagreement, and confrontation; this was enough to keep me from sharing my experiences, feelings, and voice—my thoughts.

In the cause of silence, each of us draws the face of her own fear — fear of contempt, of censure, or some judgment, or recognition, of challenge, of annihilation (42).

And yet, I’ve been learning that I sometimes cannot keep my thoughts private. Sometimes, as an act of survival, I find that I must speak even in the face of fear. In these frightening but powerful moments, Lorde’s words run through my mind: My silences had not protected me. Your silences will not protect you (41).

At the beginning of my senior year of college, an article was published in my university’s newspaper, “Only Responsibility Can Stop Rape.”  This article inspired me to rinse myself of the hesitation, fear, and second-guessing that had previously kept me under a suffocating layer of silence because it was a chilling justification for rapists’ actions on college campuses. The article dismissed the psychological and emotional destruction that rape causes; it was a condescending lecture directed towards female university students that informed “us” how “we” can, and ought to, do a better job of avoiding rape. The argument presented rape as merely a side effect of college partying culture and alcohol abuse, which inevitably leads to the sexual violation and exploitation of women’s bodies (because alcohol abuse is, of course, the central reason why women are continually assaulted on college campuses—right?).

I don’t know the author of this piece, and he certainly doesn’t know me. But I don’t need to know him to claim that this piece is personal. As I read his published work, I knew that I had been personally attacked, wounded—as a woman, as a student, as a feminist, as an ally, and advocate for survivors of sexual assault. I felt a profound sadness for other women on my campus who were affected similarly by his work. I also feared for women who might internalize some of the article’s pervasive lies. And I held onto an inconsolable frustration, fury, for all the women who had been slandered by his writing. Upon reading this article I knew, in a way that I hadn’t known before, that my silences wouldn’t protect me. I knew that I couldn’t remain silent. I had to speak my feelings into life as a means of self-care, of maintaining sanity, of survival.

I’m a writer. What else could I do, but write? I structured my senior thesis around feminist philosophies and solutions for sexual assault on college campuses. Toeing the uncomfortable boundaries of vulnerability and exposure, I included personal experiences and connections with this issue. I spoke about the importance of women’s ability to name their thoughts and to recognize their own feelings as legitimate and worthwhile as an important starting point for growth, healing, and change.

My response as a writer feels crucial, urgent, and nonnegotiable. I have to respond, in some way, to the violent worldviews, perspectives, and words that are mindlessly strewn about on my campus. Once I became aware of this perpetuation of rape culture and violence, I couldn’t pretend to be unaware.. My heart, having been made more tender and susceptible to the stinging pain of violent words, now feels this pain more than I ever expected it could.

I’m learning more all the time about the power of my voice, and the ability to “speak.” For me, speaking is writing. For others, it’s through art, music, or other forms of activism in the form of rallies, protests, and other community events. There is room for flexiblity and diversity in the way we choose to express our resistance. It is the action  that really counts. I’m learning about what it means to keep moving forward in a culture where rape survivors are made to feel like their experiences don’t matter, or aren’t real, or are simply confused, or any of the other bogus excuses that attempt to wash away the ugliness in our campus culture that no one wants to critically engage with. I’m learning about what it means to respond—personally, culturally, politically—to these intolerable excuses and ultimately, to the people who use them.

For those of us who write, it is necessary to scrutinize not only the truth of what we speak, but the truth of that language by which we speak it. For others, it is to share and spread also those words that are meaningful to us. But primarily for us all, it is necessary to teach by living and speaking those truths which we believe and know beyond understanding. Because in this way alone we can survive, by taking part in a process of life that is creative and continuing, that is growth (43).

And so, here I am, responding, doing what I can to make it known that I do not accept the hate speech that was spoken against me and my female peers on my campus. I cannot accept it. I can only hope that my words will, even to the smallest degree, intervene in this violence and serve as a stepping-stone towards positive change. 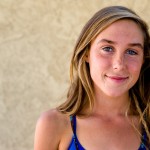 Hannah Robb is a senior at the University of Arizona, studying Philosophy, English, and Gender and Women’s Studies. She hopes to continue her academic pursuits after graduation. Her research interests are in moral theory, political philosophy, feminist and queer theory, and feminist perspectives on disability. She is a lover of her tortoise named Asher, gelato, sunny weather, and American Sign Language.