For Black Men Who Consider Sexism When Assimilation is Not Enough

By Guest Contributor on November 4, 2015

This is a purely womanist message/ode to the SHEroes served on a fuck-these-systems platter. Sprinkled with revolutionary Black women wisdom (RBW), it wreaks of compassionate intolerance. Necessarily, it recognizes that full liberation demands expansive political agendas that incorporate a revolutionary re-imagination of the possibilities of living.

For Black men who consider sexism when assimilation is not enough.

The pithy title bears a striking similarity to the popular choreopoem by Ntozake Shange, For Colored Girls Who Have Considered Suicide When the Rainbow is Enuf. In For Colored Girls, Shange explores the creative ways that women of color develop spaces to joyously affirm their beauty, integrity, and dignity amidst moments of deep suffering.

I am reminded of the narratives of pain, resistance, and hope in Shange’s piece as I consider the responses of Black men and Black women to debilitating social, political, and economic forces. My meditations on the survival strategies that Black people have used to confront racist patriarchy follows the trajectory of the schemes of survival that Shange references.

These meditations shed light on frameworks of authority and dominance that have historically defined black female life in America. More importantly, they expose some of the harsh realities of Black men as they weather the trauma faced while living in an anti-black capitalist patriarchal society. The compromises they make in the face of dehumanizing promises for power destroy the possibilities for full black liberation.

In what many describe as the most progressive periods of our ‘multicultural’ capitalist era, Black men and women have soared to new heights and positions of power. Accompanying their rise to their rightful places at the top of businesses, academia, entertainment and political governance are praises of broken glass ceilings and institutional barriers. Alas, many believe, their wholesome acceptance signifies an end to racism (and sexism) as we know it!

Accompanying these moments of euphoria are also the belief that the iconic display of wealth and power, coupled with male privilege, can protect Black men from the murderous manifestations of racism. Proponents of this logic often believe that sheer black excellence, academic achievement, and the acceptance of traditional expressions of masculinity can trump the racist and sexist repercussions, particularly the damaging psychosocial and psychological effects, of living in an anti-black capitalist patriarchy.

Along this line of thinking is also the idea that Black men are denied complete access to patriarchal power by virtue of their race, and thus, must find other individual markers of success – dominance in intimate relationships, material wealth, and/or acceptance by male peers. Many Black men believe that adherence to heteronormative masculinity and its associated ideals – primarily supremacy, competitiveness, sexual prowess and dominance over women – can help garner the social and economic capital needed to “overcome” racism. They believe that associations with networks of prestige and social status, along with control over Black women’s bodies, can allow Black men to access political, economic, and social power.

These beliefs not only confer visibility on a scheme of survival that evolves from oppressive sexual ideologies, but, they also highlight the deeply ingrained racism that is linked to the patriarchal society’s economic, political, and sexual power over the lives of women, especially Black women. Together, the interrelated systems of capitalist domination, particularly racism and sexism, coalesce to maintain differentials in privileges, while also encouraging Black men to take dire measures to survive thereby reducing their human potential.

Associated with hyper-masculine ideals that reinforce the continuing subjugation of Black women are beliefs that position White women in the patriarchal light of “ideal of true womanhood.” Central to this logic is the historical valorization of virtues of purity, obedience, and subservience. These ideals that associate White women with a superior sense of caste position Black women as immoral, delinquent, and inferior, which justifies their violent dominance by both Black and White men.

The various mechanisms that have coalesced to help dehumanize and destroy black families, relationships, and livelihoods are no new discoveries. Yet, what the manifold faces of gendered racism reveal are the cultural ideals of capitalist patriarchy that remain inimical to Black men and women’s psychological, physical, and emotional wellness. At their core, these varied embodiments of racist capitalist patriarchy and their sexist manifestations in social, economic, and political arrangements offers a lucid portrayal of the chronic dehumanization of black female life.

Amidst such a backdrop, gendered racialized violence becomes a crucial American currency. Undergirding the exchange of economic, social, and political rewards for Black men’s desires of visibility and acceptance are unwavering portrayals of Black women as the cause of their own disenfranchisement by the media, public policy, and legal processes. The rewards of part-time visibility and conditional acceptance serve to subject and erase the historical, societal, and structural factors that magnify Black women’s vulnerabilities.

The blatant hypocrisy of focusing on racialized violence against Black people without exposing and addressing it within our own communities, homes, and relationships is horrific. The significance of racial solidarity erodes quickly when our sisters are subjected to such violent erasures.

Assuaged by the perceived comforts of hyper-masculinity, many Black men adhere to the lethal expectations of anti-black capitalist patriarchy in hopes of accessing its resources and lifestyle. The promises offered only create a false sense of security in an insecure society, which further complicates Black men’s quest for healthy manhood. Functioning as a tool for psychological and mental surveillance, traditional expressions of manhood as competition for, dominance over, and control of women emulates systems of control that encourage Black men to adopt idiosyncratic gestures, practices and behaviors in order to conform to dominant norms of white masculinity.

This imposition of many of my Black brothers appears unforgivable (especially for repeat offenders). The massive emotional labor required to restore an individual, much less entire communities, often feels disheartening. Yet, I also share the agony of having to survive while living Black (and woman) in an anti-black capitalist patriarchal world. I know that simply surviving can be a burdensome task if we do not radically re-imagine our possibilities for living and relating to each other while surrounding ourselves with proper networks of care.

I also know that with love, thriving can become the default survival strategy in a world that profits off of our suffering. 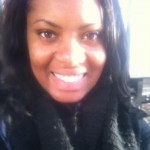 Kingston-born and Brooklyn-bred, Jallicia Jolly is a spoken-word poet, writer, and cultural anthropologist pursuing a PhD in American Studies and a masters in Public Health at the University of Michigan. Ms. Jolly’s doctoral work focuses on ethnography, responses to illness and trauma, HIV, and reproduction among African American and Caribbean women. Currently based in Kingston, Jamaica conducting Fulbright research, Ms. Jolly writes on trauma, health, HIV/AIDS, and reproductive justice among Black women in the United States and Jamaica. Her articles have featured in the Mellon Mays Harvard Journal, The Jamaica Observer and For Harriet.