Editorial: In Solidarity with Anita Sarkeesian and All Women Who Speak Out – The Feminist Wire

Home / Activism / Editorial: In Solidarity with Anita Sarkeesian and All Women Who Speak Out

Editorial: In Solidarity with Anita Sarkeesian and All Women Who Speak Out 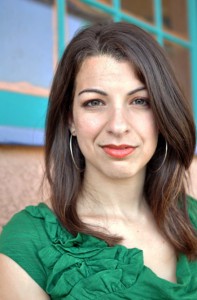 This morning, we, along with many others, learned that feminist blogger and media critic Anita Sarkeesian has been forced to cancel a scheduled talk at Utah State University (USU). We write today in solidarity with Anita Sarkeesian and with all women who speak out at great risk against sexual, gender, racial, class, and other forms of oppression.

An email sent to USU staff members and posted by the Standard Examiner on Tuesday threatened “a Montreal Massacre type attack,” invoking Marc Lepine—who murdered fourteen women in a mass shooting in 1989 at the École Polytechnique—as a “hero to men everywhere.” The author, who claimed to be a student, wrote, “Anita Sarkeesian is everything wrong with the feminist woman, and she is going to die screaming like the craven little whore that she is if you let her come to USU.”

USU officials reportedly consulted local, state, and federal authorities and were planning to continue with the talk. However, after local law enforcement refused, in Sarkeesian’s words, to “take steps to prevent concealed firearms at the event,” she withdrew. She also noted that at least one threat referenced #gamergate, tweeting, “At this point supporting #gamergate is implicitly supporting the harassment of women in the gaming industry.” (Visit this link for an account of GamerGate’s “bizarre debate over whether sending death threats to women is a serious issue or not.”)

The founder of Feminist Frequency, Sarkeesian has long been harassed for her views on sexism in the gaming industry. Like many feminist bloggers, Sarkeesian has received rape and death threats, and recently evacuated her home after somebody threatened to publish her address and harm her family. And she is not the only one: other feminist bloggers have reported sustained vicious online harassment and abuse in the form of misogynist and racist comments, repeated and graphic rape threats, and death threats.

Anita Sarkeesian and other feminist critics are clearly perceived as so dangerous to male supremacy, specifically white male supremacy, that they must be killed. This is misogyny in action; this is vicious hatred of women, and specifically of feminists, who dare to speak out. And it cannot stand. We applaud Anita Sarkeesian for prioritizing her own safety and for continuing the work. As she tweeted late last night, “To be clear: I didn’t cancel my USU talk because of terrorist threats, I canceled because I didn’t feel the security measures were adequate.”

Which begs a serious—a deadly serious—question: What are universities, law enforcement officials, policymakers, and others doing to protect feminists from online harassment and abuse, including threats that can and should be perceived as terrorism? Where are those university presidents and community leaders who claim to be so concerned about “academic freedom” and “civility” in demanding action and accountability in this moment and in the face of daily violence and terror?

Why has the Internet been allowed to become a space where violence against women flourishes? Why has hostility toward women, online and beyond, become a taken for granted part of university life and civic life? Why are we collectively ignoring the sort of gendered and racial silencing that occurs in the cyberworld and on our campuses? Why has this cult of muting and secrecy become the norm? And why don’t law enforcement agencies target online abusers and terrorists of women? Surely we have the technology to do so in this age of limited privacy and civil rights.

Women and girls are terrorized daily online and in “real” life, and often the only available response is to step away from the computer or to cancel an event out of fear for our safety. (And here we speak from our own experiences.) Online harassment functions much like responses to sexual assault, in that a sick version of “she asked for it” attends to online rape and death threats. Women speak out to name misogyny, and thus are perceived to “ask for” the horrific threats that follow.

Anita Sarkeesian and others continue to challenge violence as the status quo, but we ask why is speaking up such a lonely endeavor? Why are those who are terrorized forced to endure, to change their behavior, while those who tout the ideals of freedom and democracy, are allowed to remain silent, hidden, and protected behind their computer screens? What sort of “freedom” allows for endemic violence to be accepted; what sort of democracy sees no harm in the daily silencing of women?

The people who perpetuate and participate in a culture of sexist, misogynist, and racist violence on and offline, and also those who remain silent, are ultimately responsible for the fact that being on the receiving end of violence and threats is the status quo for many women in the twenty-first century. There is no ‘net neutrality’ for women, and yet we—like Anita Sarkeesian—refuse to remain silent.