The fact that we are here and that I speak these words is an attempt to break that silence and bridge some of those differences between us, for it is not difference which immobilizes us, but silence. And there are so many silences to be broken.

– Audre Lorde, “The Transformation of Silence into Language and Action, (1978)” in Sister Outsider, 2007

I am Princess, and I have a silence of my own that must be broken. In fact, I will do much more than break my silence—I will smash it 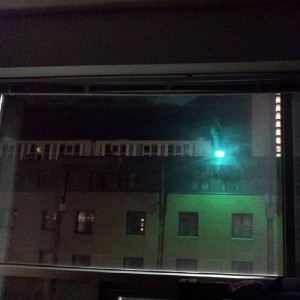 and never be silent again. Audre Lorde (2007 [1978]: 41) argues that “your silence will not protect you.” She was right, very much so. I write this today as a survivor of rape, stalking, and anti-trans hate violence. I have survived much more than that, but what makes these events stand out is that they all occurred on a college campus, at my dream school: Temple University. I thought my initial silence—fear masked as strength—would protect me from getting hurt more. I thought silence would protect me from the veil of pain I’d lived behind since the incident. I was wrong. There is nothing that I’ve ever been more wrong about. It has hurt me far more to stay silent and to speak my pain silently through rage and sadness toward my sister and best friend. I’ve made a better choice, I have chosen to shout my pain at the world—not in a fury, but in organized efforts to tell my story and hopefully encourage other survivors to demand the justice owed to them.

I’ve told my story to everyone I could find at Temple University who would listen, and whom I thought could bring me justice. From security officers to administrators, my story was met with feigned concern and eyes that betrayed their dishonesty.  I was raped on my very first weekend at Temple University during “Welcome Week.” It was also during those weeks in August that a man started stalking me.  He would never leave me alone, until I learned to hide in my room out of fear that he’d find me. It was the only place he couldn’t get me. The last act of violence that sealed my fear and silence into place was another man threatening to “crack my f*ggot skull.”

Temple University defended these men overtly and covertly. The rape was presented and put on display as something that I deserved because I’d been drinking. They pulled the, “I don’t mean to blame the victim, but…” card in articles written by the school paper. The entire time Temple University swore it was helping those of us who had been assaulted. I can’t speak for any of the others who were assaulted, but Temple did not help me.

My stalker was given free reign to stalk me because Campus Safety Services (CSS) didn’t do anything to ensure my safety and well being, and neither did Temple University’s Wellness Resource Center (WRC). CSS told me to investigate my own stalker. He would come up and harass me, and my sister, and there was nothing that could be done. The WRC refused to help me with the rape, their official reason being that it was “out of their jurisdiction.” Unofficially, they were not equipped to deal with trans survivors. Helping me would have been “the same as helping a male and they could not do that,” as I was told by one Temple University administrator.

These betrayals—although shattering my faith in the institution I wanted to take pride in—could have been survivable had it not been for the total isolation. I stayed silent because I was discouraged to speak.  Administrators and student employees told me that talking about my rape—even to say that I had been raped—was “negative.” I was asked, unofficially, not to make Temple University look bad. Officially I was told that if I continue to speak the truth about what happened, I was placing the future of my student life in jeopardy.  However, all I can think to say about this statement is that Temple makes itself look bad. Everything about my case is and looks bad.

Temple failed to investigate any of my experiences with violence. The very first incident could have been successfully dealt with, if only an attempt was made. Resident Assistants, security officers, Temple University Police Department officers, and paramedics had all been there—they all flooded the lobby of Temple Towers, my dorm at the time. They were all asking me questions and preparing to send me to the hospital because I was drunk. At the time of the questioning, I began to awaken from a short blackout. My assaulter was visibly panicked, but they let him walk away. Despite the ample physical evidence of a rape that he left on me, they didn’t ask me anything about him.

The failure of the authorities to take any physical evidence meant I would have an uphill battle, if I pressed charges. Shortly after the incident, I received an email notification stating that I violated the student code of conduct for drinking.  At the end of the conduct hearing, the Coordinator for Student Conduct forced me to talk about what happened to me. I didn’t receive any offers of help from anyone until after I had been hospitalized—a hospitalization that happened after I’d seen my rape paraded all over the newspapers on multiple occasions.  However, these delayed offers were short lived the moment I mentioned that I’m a trans woman.

When I decided to press charges, phone calls had been promised but none were made. That door was shut in my face and I could never open it again. I live knowing that my rapist is out there and I’ll never get justice. Worse, I live knowing that he will rape again and again because nobody will stop him—and they never stop at one.

Eventually, I went back to the Coordinator for Student Conduct. From the very start her face revealed that she could not care less. When I asked what happened with the case against my rapist, I was met with: “I don’t know, what do I care?” I will never forget the coldness in her eyes and outright contempt she showed for me when she forced me to report and spat out those words.

“I don’t know, what do I care?” is essentially Temple University’s motto when it comes to student-on-student violence. Temple University, nestled in North Philadelphia, is an area of the city that has a reputation for violent crime. Some even believe that students are targeted purposely by members of the surrounding community. Whether that is true or not is irrelevant because debating that narrative is used as a means to hide student-on-student violence. The people of North Philadelphia are scapegoated as the perpetrators of crime on campus.

However, the reality is that Temple is not any different from any other college campus in the U.S.—students rape, stalk, and attack other students. Student crimes are swept under the rug. Or, more appropriately for Temple University, swept under posters and colorful signs. Temple University prides itself on its participation in V-Day, the Clothesline Project, National Coming Out Week, and it even goes so far to title itself as the “Diversity University.” Violence against women and the LGBT community is hidden underneath all of these, perhaps purposely.

You can champion every single cause on the planet, but if you simultaneously betray all of them, you will be exposed. I will never stop shouting from the rooftops, even if I have to shout into the wind. I will never stop shouting for those survivors who aren’t convenient for their schools to deal with, or those survivors who aren’t the “conventional” image of the survivor (or, rather, “victim” since that is what they desire us to be forever). There is no undoing the damage this experience has caused me. My college dream turned into a nightmare. However, what I can and will do from this point forward is help others to find their voices and tell their stories.  Ultimately, I want to help ensure this will never happen to another person.

As I write this open letter, I await the U.S. Department of Education’s Office for Civil Rights to make a decision to investigate my Title IX complaint. I have every hope they will. I will use every legal means at my disposal to fight for justice for myself and to reform Temple University and all other schools’ process for handling sexual violence against LGBTQ-identified people. Anti-violence work by University organizations requires more than slogans, posters, hashtags, and public relations campaigns. It requires mentioning, acknowledging, and dealing with issues or words that aren’t convenient for a PR campaign. It requires recognizing and dealing with a variety of violences. If Temple is still devoted to the mission set forth by its founder, Russell Conwell, then it should be brave and engage directly with the issue of student-on-student violence.

For the survivor who has not come out at Temple University, or anywhere else, know that you are not alone. There are thousands and tens of thousands of survivors here supporting you. I understand why you may not want to speak about what happened to you, and I support you if you choose not to.  If you want to, but are afraid, do it. Shout and make them hear you.  As Audre Lorde (1997 [1980]: 13) encourages us to consider,

When I dare to be powerful, to use my strength in the service of my vision, then it becomes less and less important whether I am afraid.

I don’t know what happens from here, or what the future holds. All I know is that I will continue to fight against violence and tell my story until my very last breath. It may be a fool’s dream, but I want to see the day when universities are the institutions of higher learning and eternal culture that they were meant to be—free of violence and freely flowing with knowledge.

Princess Harmony is a highly opinionated Afrolatin trans woman who is a survivor of sexual violence, drug addiction, and mental illness. She holds an Associates Degree in the Social Sciences and is currently pursuing Bachelors Degrees in History and Social Work at Temple University. Her writings include several published articles on HIV awareness, issues facing trans women, and campus sexual and gender-based violence.