A Letter to Marissa Alexander – The Feminist Wire

A Letter to Marissa Alexander 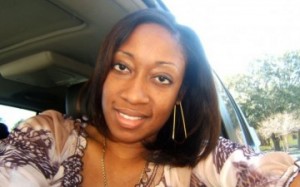 It was a cold and dark Christmas Eve—sometime in the mid 80’s. My mom, my three sisters, and I lived in a small, but comfortable, house on Maryland Street in Camden, NJ. We smiled a lot. According to the pictures I recently stole from mom, my sisters and I donned big smiles and tight ass corduroys. What’s interesting to me some twenty-plus years later, however, is the hard fact that I cannot remember my smile, I cannot reach back and grasp the joy I possessed, because on many days—not unlike the particular Christmas Eve that I am recalling right now—I watched in horror and fear as my father used his heavy hands or feet or words to brutally attack my mother.What was he thinking or not thinking? What was he feeling or desiring to feel that would make him harm the woman who loved him?

A child should not have to help his mom wrap the many gifts that she purchased on her minimum wage income, write dad’s name on the gifts per her instruction, watch dad walk in the house with one of his peeps after he had been gone all day and week, bear witness to an argument that he started because she—according to him—purchased too many gifts, and then witness his dad beat the woman who cared enough to make him legible despite his absence. It was Christmas Eve, Marissa! There were no sounds of sleighs, jingle bells, carols, and laughter. None. Fist hitting mom’s face. Hair being pulled. Mom’s body being tossed…were dad’s gifts to us. And I cannot forget that evening even if I tried. I also cannot forget the brother that was with him, who watched and did nothing.

Like most of the men who were in and out of our home, our lives, dude failed to intervene. I am not sure why. I can only assume that they were okay with my father’s actions or just did not know all that was going on. My younger uncles were probably too busy growing up to be aware of all that was happening in the lives of their older sisters who cared for them. I was angry because of the presence of men. like my father, who terrorized my mom and the absence of men, like my uncles, who could have helped her. But most men allow harmful shit to be said about and done to women because it is our default response in a society that perpetuates and allows physical and verbal violence against women. I am not exempt. I cannot recount the number of times I’ve allowed the words b**** or slut or whore to be said in my presence…the amount of times I allowed some man’s pimp story to go unchecked. I can recall the thoughts (i.e. “He is gonna think I am a punk if I say something!”) and the fears (of rebuke or physical confrontation) that kept me from speaking up. I acted no different than the man who watched his friend beat my mom. I, too, can be complicit in reinforcing the conditions that make living a difficult task for women. But I also learned early on that the women in my life were not without power—my mother and aunts learned to protect themselves, and each other. But the men could have done better.

I was mad as hell at my mother that evening, Marissa. I don’t think I’ve ever shared this with her, though I am certain she knows now because she is probably reading this. But I was mad because I called for help and she scolded me. Actually, I am being polite. She beat my ass for phoning my aunts. I never understood her reason for doing so and I don’t need too. Her life, at that moment, was tough. And even though I wanted to perform the role of “son,” mom’s boy, the protector, the type of help that I was trying to provide was not what she needed. In fact, I never asked her what she needed. I should have.

But I do know this: some time later my father showed up again, with the same tired ass side kick, and uttered, “I’m gonna kill her.” My mother was shaking profusely. I was terrified because I knew that he meant every word. He beat her and my aunt earlier that day. He wanted to kill her then, which is why he stomped both my mom (while on the floor and pushed against our stove) and my aunt (while on a cold snow lined ground not too far from my house). He was wearing heavy black leather boots that day—the kind that he wore when he would travel to do work on some type of oil refinery boat. I can’t recall what he did because he was rarely around for us to know.

But his plan failed. My aunt, the one that everybody calls “crazy,” looked my mom in the eyes and told her not to worry. She told her not to cry. She promised her that she would be okay. I believed her. My aunt is not to be messed with. My father somehow opened our front door and my aunt, who has always protected her folks, beat the shit out of my father AFTER she hit him in the head with one of my mom’s vases. She knocked his ass out. And in that profoundly violent moment, I felt an immense and unexplainable joy because my mom’s life was saved. I am a person who really believes that violence is not the way, but I also know that in moments when our lives are in danger we might very well need to do what we must to live. It is painful, however, for me to recall that salvation had nearly always come from the women in our family and not the men.

I am so damn grateful for my aunt today, Marissa. She and my mom (like all black women—like you, sister) have a right to protect themselves from any man who attempt to do them harm. If you didn’t save yourself there would be another reason for the penning of this letter. And I do not want to memorialize another woman whose life has been snatched by the violent hands of an intimate. I am glad you are alive. I am glad you sought to protect yourself.

Marissa, I write to you as the son of a black mother who was abused. My mom has a big family. There are few men. My mom is one of six women. Like I mentioned, she has two younger brothers. While the men were not really responsive, at least to my knowledge, to the violences inflicted upon my mom and her sisters by other men, my grandfather, showed up the day my aunt knocked my father out. I will never forget him running zealously down our small street that day. My gramps was an older, cool, quiet and loving black man, by then. He loved the Lord, but loved his Daughters even more. He grabbed a hammer out of his torn leather carrying back and swung it in the direction of my dad’s whack ass friend’s car window. He showed up. I do not remember what he said. I cannot tell you what he might have been thinking because we never talked about that day after it passed. But I do remember the power of his presence, of him showing up and intervening.

I reference him as I close because he presented me with another option of black manhood—one that looked distinctly different than the violent misogynistic black woman hating type of manhood that my father performed. I promised myself to be different than my father, though, I can easily become the very thing that I’ve learned to hate if I am not thoughtful about my actions. I wanted to be everything like my gramps, however. I still experience visceral reactions when I witness intimate partner violence occurring—there are times when it shuts me down and moments when it fires me up—and I made a promise to myself to show up and intervene whenever it is possible. And it always is. My gramps taught me that.

My mother’s story is her story, but I’ve inherited the pain that comes as a result of vicarious abuse, of violence. Today, I write and speak and do work connected to these issues because I want you and other beautiful black women to live, Marissa. Not live in the dry unimaginative sense of the word, but live as in thrive, smile, love, exist in abundance without the force of our hands, our unwieldy male privilege, our sexist gaze, our desire to maintain patriarchal power pressing down upon you. That is my work. Indeed, it is the work that all black men must engage so that you don’t have to use a gun to protect yourself from the very persons who are meant to love you.

Darnell Moore’s letter is part of #31forMARISSA, a multi-media, national letter-writing campaign with two goals: pursuing the freedom of MARISSA ALEXANDER and engaging men in sharing stories around domestic violence in their intimate circle and specifically focusing on the role of men, their action, reaction, and legacy of violence. All letters are published and can be read right here http://the-swag-spot.tumblr.com/ – theSWAGspot tumblr. If you would like to write a letter, email theswagspot7@gmail.com. #31forMARISSA is presented by Chicago Taskforce on Violence Against Girls & Women, Emotional Justice Unplugged, & Free Marissa Now Mobilization Campaign.