Violence Against Women Is Not A Cultural Tradition But A Crime

On Tuesday, October 1, reports the India Times from Muzaffarnaga, India, two women in the Fugana village were gang raped, their homes burned to the ground to intimidate them from reporting the crime. This is after four other women were gang raped on September 30 in the same village, their homes also burned down. This could be why a seventeen year old girl, also in India, killed herself rather than face her rapists in court, knowing there was little chance of conviction—only more shame and ostracization for her. Indeed, gang rape is so common in India women like Sampat Pal are calling for a state of national emergency, forced to set up their own women’s rights watchdog groups to defend the rape victims and confront the rapists because the government will not do so.

And in South Africa, Uganda, and other parts of Africa in HIV/AIDS crisis, men still troll the country looking for virgins to rape, convinced this will cure them of the disease. And in Mexico and too many other parts of the world, the patriarchy is so controlling that female subservience and wife beating is considered normal and right; it is considered culture and not a crime.

And in Yemen, after the story of an eight-year old girl who died of “wedding night injuries” inflicted by the forty-year old man she had been “married” to was leaked to the press and an international outrage began, Yemen authorities are denying it ever happened. This is after another eleven-year old girl fled the country to escape a forced marriage to a man also much much older than her. Reports the United Nations in the London-based Telegraph: “One in three girls in developing countries will be married before the age of eighteen,” most to men more than three times their age. The physical damage of being forced to have sex before their bodies are fully developed will scar these girls for life. But I wonder, too, about the emotional damage. I wonder if their bodies will ever heal enough to have children. I wonder how, in 2013, is this kind of violence against women and girls still possible? 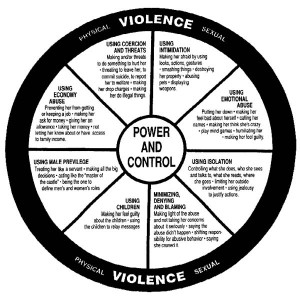 When we think of violence against women, especially violence that occurs in intimate or “domestic relationships,” we usually think of partner-on-partner physical “domestic violence.” States the University of Illinois at Chicago: “Domestic Violence is a pattern of physical, emotional, verbal, and/or sexual abuse, which includes, but is not limited to, threats, intimidation, isolation, and/or financial control.” Looking at the “power and control wheel” of the cycle of domestic violence, we see that this includes much more than just hitting one’s wife or girlfriend. It includes controlling behavior, intimidation, coercion, playing mind games, putting women down, pressuring women into having sex or terminating a pregnancy, and using male privilege to oppress women, among others.

Because this is not just happening “over there.” In America, the self-proclaimed leader of the free world, institutions of higher education like Yale University think rape is so unimportant that there should be different degrees of rape, and “students guilty of ‘nonconsensual sex’ should remain at the school.” And recently in Montana, after almost three years of living with her rapist and fifty-something former teacher Stacey Dean Rambold free in the same community to harass her, sixteen-year old Cherice Morales could not take it anymore and escaped the only way she could: she killed herself.

You see, the sentencing judge had reduced Rambold’s sentence to sexual assault education classes, which he had skipped out on and no one had bothered to check up on him until almost three years later, when the rape victim and former student committed suicide the day before the hearing. The presiding judge, G. Todd Baugh, gave the rapist, who had been charged with three counts of rape, 31 days minus one day for time served. The judge’s reasons? Judge G. Todd Baugh said Morales “acted older than her years” and “tempted” her then fifty-one year old teacher to rape her. That it was “regular rape,” not knock-me-down “beat up” rape. That Morales was “a troubled young girl.”

The question is not whether Rambold, Morales’ much more experienced and older teacher, picked on her because he saw she was “troubled” and saw that he could use his position of trust and authority and thirty plus years’ experience to manipulate the situation to his advantage. (See the power and control wheel for sections on domestic violence intimidation, coercion, emotional abuse, and minimizing.) That is a given. The question is: Why is rape not enough of a crime? Why is violence against women not considered enough of a crime—a violation of the most basic of human rights? Why do we hide it behind “tradition” and “culture”—or just say outright that “she was asking for it” instead?

I wonder if these men will ever be able to put themselves in the shoes of the girls they are abusing and judging. I wonder how they would they feel if, just because they were attractive or dressed nicely or just there, someone thought they had the right to touch their bodies, to force them to do things without their consent? For a woman has the right to say no. A woman has the right to control what happens to her body. And if she is not yet a woman, but a child, the state—the world—has the responsibility to protect her. This is the most basic, most essential victory of feminism. We cannot backslide.

We are at a crossroads in global feminism. We women have woken up worldwide to demand rights and respect. We believe in this. But we are only 50% of the population. In order to truly evolve, men must become feminists. They must evolve past the de facto sexism that produces Montana judges like G. Todd Baugh and men like Stacey Dean Rambold, that produces forty-year old men who think that an eight-year old is physically and emotionally mature enough for a sexual relationship. That thinks men, rather than women, have the right to determine what happens to women’s bodies. We look to our leaders to make laws, we look to parents to teach their children what is right. But these can fail us through political opportunism and ignorance. It is up to us to find a way to do something with what tools we can.

So I propose a radical idea. Let us teach gender studies in school—elementary school, junior high, high school.  Better yet, call it personhood studies and teach respect for difference of race and culture in addition to gender. You see, growing up in the diverse but highly prejudiced and racially segregated pressure cooker of Los Angeles in a high school whose racial demographic was rapidly changing by the minute, the principal of my high school faced an impossible situation. With racial violence erupting on the streets and teachers falling back on their own racist upbringings to discriminate against students who were doing the exact same thing to each other, he did not know what to do. So he turned to the one thing he knew: education. We created a non-credit seminar called The Diversity Summit. It was a safe space to speak and educate each other about race, difference, and respect for personhood. And it worked; today my high school is one of the best in the state of California, and a model of the power of communication and education to effect social change.

For if the goal of education is to prepare us for life, if it is important to know that 1+1 =2, it is even more important to know that her no plus your yes = rape. That impressionable children eight years old, sixteen years old, should not be subject to legal statutory rape. That a woman is a person worthy of respect and equality. That personhood is a basic human right for all. 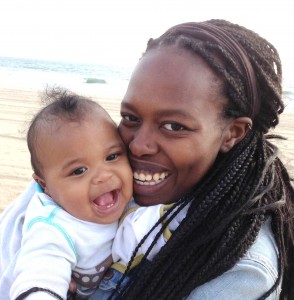 Hope Wabuke is a mom and writer who runs a communications company called The Writesmiths and is also a founding Board Member and Director of Media & Communications for the Kimbilio Center for African American Fiction. She is a columnist for Ms. Magazine online and is at work on a poetry collection about her family’s escape from Idi Amin’s Ugandan genocide and several other projects. You can follow her on Twitter @HopeWabuke.