The Link Between Domestic Violence and Animal Abuse – The Feminist Wire

Home / Violence / The Link Between Domestic Violence and Animal Abuse

The Link Between Domestic Violence and Animal Abuse

There is a substantial body of research showing that when a person is cruel to animals, they are more likely to be cruel to people as well, that animal abuse is more prevalent in homes in which domestic violence (DV) occurs, and that when any form of violence is present in a home, no one (including pets) is safe. One study of women in a DV shelter indicated that 71% of the women with pets reported that their partner had threatened, hurt, or killed their pet (Ascione, 1998). There is also evidence that people who are the victims of DV are more likely to remain in an abusive home environment or return to such an environment if they do not have a safe place for their pets. Results from independent surveys indicate that between 18% and 48% of battered women have delayed their decision to leave their batterer or have returned to their batterer out of fear for the welfare of their pets or livestock (Ascione, 2007). 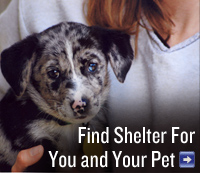 Some scholars argue that women may be particularly sensitive to the welfare of pets. Many women have experienced verbal, emotional, physical, and/or sexual abuse by a male or female partner and most women are aware of what it feels like to be belittled, harassed, and have one’s opinion ignored. Josephine Donovan suggests that, in part, due to these adverse experiences, women may have elevated “sensitivity to the fact that other marginalized groups, including animals, have trouble getting their viewpoints heard.” Moreover, in households with pets, women are more often the primary caretaker of the pet, which increases the human-animal bond.

While cross-cultural differences exist with regard to pet companions, pets have been part of the psychological and social landscape since the origins of our species (Knight & Herzog, 2009).  Others maintain that dogs have been part of humans’ lives for about 10,000 years, with horses almost that long. The effects of animals on human health and well-being is well documented in many areas including, for example, physical health (e.g. decreased blood pressure; reduced stress), therapeutic benefits (e.g., preventing illness; ailment recovery), psychological health (e.g., reduced depression; increased self-esteem), and social contacts (e.g., reduced loneliness and isolation) (Wells, 2009). Dogs can be trained to specifically address disabilities, and so a dog-person team can function in a way that the person alone cannot manage. Therapy and service dogs for veterans, many of whom have violence-related difficulties on re-entry to home, provide an avenue for healing. Simply put, reciprocal human-animal benefits cannot be ignored.

Losing a pet can be a major grief and loss event. In our Mujer Sana/Healthy Woman study, we asked about 65 grief and loss type events of the 829 participating women. Overall, the women reported that having an animal die was in the top 15 of 65 grief and loss events queried. Seventy-five percent of the Caucasian women experienced the death of a pet and of those, 84% reported that the event was considerably or extremely upsetting. Similarly, out of 514 male and female adolescents enrolled in five different intervention projects, 67% reported that they experienced the death of an animal, and of those 64% reported the death as considerably or extremely upsetting. Again, the human-animal connection cannot be ignored.

As animal lovers, we contend that greater understanding and awareness of the link between DV and animal abuse is needed and also that addressing these problems simultaneously has advantages for humans as well as animals. With pet abuse a significant part of the pattern of DV, its early identification could save lives; both that of humans and non-human animals. Batterers take advantage of opportunities to intimidate their partners. They often use threats and harmful actions against pets as a “weapon” to coerce their partner to accept the violent behavior, to not report the behavior, and to remain in – or return to – the violent living situation.  Moreover, many women and children allow themselves to be victimized to save their pet from being battered or killed. The effects of animal abuse on women and children goes beyond being a recipient of physical abuse to protect the pet and can include the suffering of trauma-related symptoms such as nightmares, anxiety, and/or depression. In addition, many studies report connections between the childhood witnessing of cruelty to animals and later interpersonal violence in adolescence and adulthood. 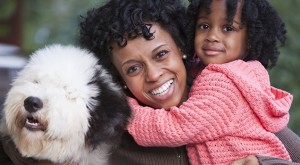 So, with the known link between DV and animal abuse along with the noted adverse consequences of animal abuse on human and non-human animals experiencing abuse, why are pets sometimes left out of DV investigations and interventions?  Pets need to be part of the overall strategic plan at the community level as well as part of the safety plan at the individual or family level. Based on the literature as well as our own experiences working with both victims of DV and with animal training programs, we offer the following recommendations for (1) law enforcement, (2) DV shelters, and (3) animal care facilities.

Sally Stevens is  Executive Director of the University of Arizona – Southwest Institute for Research on Women (SIROW) and a Distinguished Outreach Professor in the Department of Gender and Women’s Studies. Dr. Stevens conducts collaborative process and outcome studies in the area of health disparities and related issues as well as innovations in education.  Much of her work is community-based with a focus on gender and culture. Dr. Stevens has published numerous articles and edited several collected volumes on these topics. She conducts workshops and trainings on substance abuse and mental health treatment approaches, comprehensive sexuality education, diversity and equity, community-based participatory action research, and program evaluation. 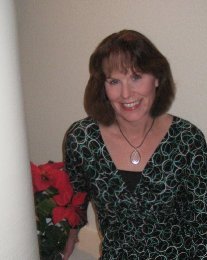 Elizabeth (“Beth”) Stahmer is Research Support Manager of the Social and Behavioral Sciences Research Institute (SBSRI) at the University of Arizona. She also loves horses and participates in dressage activities.

Cecile McKee is Professor of Linguistics and Director of the Social and Behavioral Sciences Research Institute (SBSRI) at the University of Arizona. Her research concerns how children acquire syntax in three branches: cross-linguistic comparisons of language structures, children’s processing mechanisms, and developmental language impairments. She’s interested in questions about both universals and particulars that are evident during children’s convergence on adult grammar. She also raises puppies for service dog organizations, and is currently connected to Guide Dogs for the Blind.