Masculinity and Domestic Violence: A Conversation with Sally MacNichol and Quentin Walcott, Co-Executive Directors of CONNECT – The Feminist Wire

Masculinity and Domestic Violence: A Conversation with Sally MacNichol and Quentin Walcott, Co-Executive Directors of CONNECT 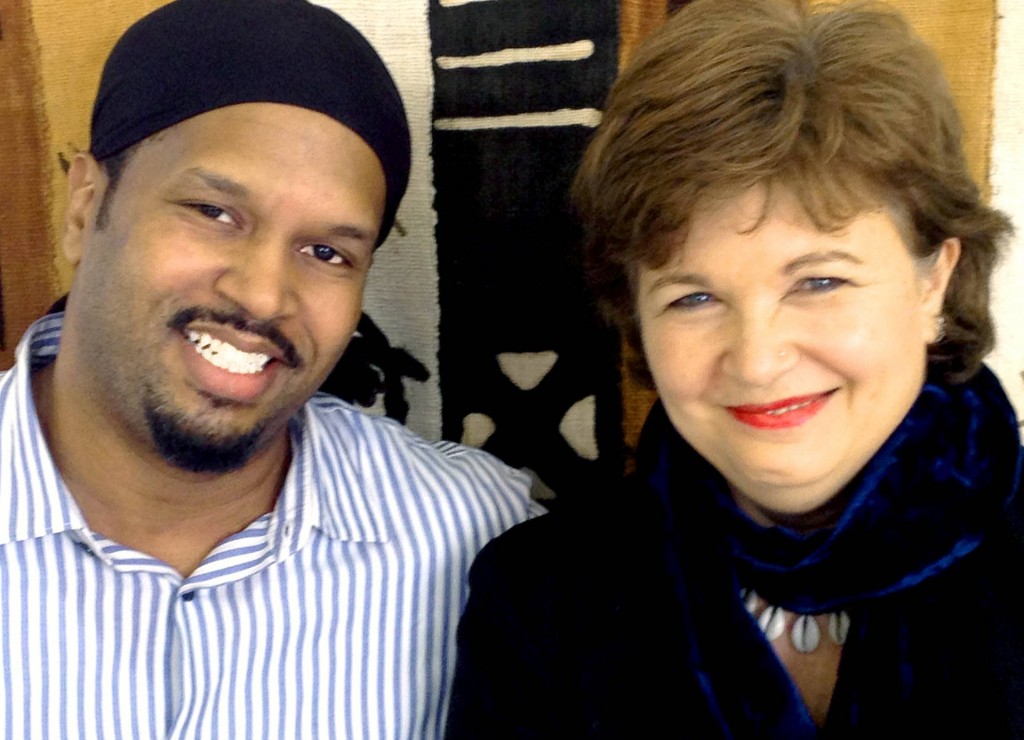 We began our discussion about masculinity and domestic violence over 17 years ago.  We learned how to do group work; we co-facilitated domestic violence groups for abusive men. We focused on how power and control at the core of intimate partner violence was essentially the same as how power and control worked in unhealthy forms masculinity.  We were not simplifying the very complex dynamics of the two, especially masculinity for males, because one cannot talk about masculinity without talking about male privilege, entitlement, and socialization.

Our discussion about both issues, very connected to and based in the student activist movement in NYC, cannot be absent of race, class, and gender analysis. This brings it back to Sally and me for a moment, coming to the work from different places: me, as a Black male, and Sally as white woman — with 20 years in age difference between us. What I most appreciated about Sally when I met her was that she had a race and class analysis especially where the domestic violence movement was concerned. Recognizing that violence against women wasn’t only about sexism, but it was also about racism and classism as well, is significant.

In addition, we were both clear that eliminating domestic violence would be impossible if the starting point of the conversation was the victim/survivor, and did not include the abusive partner. We both understood the importance of preventing and interrupting cycles of violence and that it required exploring root causes. Examining masculinity was important to us if we were going to work in NYC – in  faith communities, workplaces, and schools etc. – to engage men and move them from bystanders to allies to activists to end violence against women, girls, and other men (and boys).

I think of masculinity as a mask – similar to the way Jackson Katz, Don McPherson, and Byron Hurt conceptualize it.  It is actually a range of masks that boys and men wear.  The young and adult men we work with in NYC have to navigate their homes, communities and institutions (schools, workplaces, faith communities) by wearing a range of masks depending on their location during the course of the day.  Their masculinity masks range from those they deem as feminine or sensitive to the hyper masculine; from Drake singing to 50 Cent rapping, we see the range of identities. When safety is present men can wear a more revealing mask –one that expresses their true selves.  However, when navigating gun and gang violence or communities with histories of police brutality or the threat of stop and frisk, a more hyper-masculine mask is put on for protection and/or safety. Work that is seen as solely masculinity work – anti-gun and gang violence – when stripped to its core is also about domestic violence. Many of the young people who are involved in those activities were exposed to domestic violence as children.  Often times, they are trying to get what was missing in their home.

These conversations are by no means one-size fits all, but males who wear unhealthy masks are often being pressured by other men, and the stereotypical notions of manhood, to live up the roles and responsibilities that they are boxed into.

If we believe this range of masculinities to be true, then most of us might fall into that mid-range that I like to call “middle masculinity.” This middle space is where transformation begins, where bystanders become active, where we demand community accountability and social change; it is where we link, and look at domestic violence in the same ways as other forms of violence and where we see how domestic violence can be at the root of HIV/AIDS, substance abuse, and other social and health issues. We can also see how masculinity connects so many things from intimate violence to domestic and global violence.  When I first started doing domestic violence work, I would make the comparison between domestic violence (which I defined as violence on US soil in order to make a point) and global wars to intimate partner violence.

When we talk about masculinity in its relationship to domestic violence, we’re asking a series of crucial questions: where are the places masculinity shows up? Where do we get our notions of masculinity, and which parts do we reject and why? What’s the impact?  What’s the cost and who’s impacted? When we do a bit of soul searching, typically women, girls, and men who don’t conform to the hyper masculine forms on the range of masculinities, pay the price because of unhealthy demonstrations of masculinity.

Sally:  When I started working at a battered women’s shelter 28 years ago, I never imagined the possibility of a woman and a man sharing the leadership of an anti–domestic violence organization!   But these days it makes sense.  Since the vast majority of violence, of all kinds, from the intimate to the international, is perpetrated by men, it is critical that men as well as women take responsibility for changing the conditions that create so much suffering.  And definitely one of those conditions is the way we think about what it means to be a man  (i.e. masculinity/masculinities).  Most masculinities, regardless of race, ethnicity, socio- economic status etc., have at their core the idea that a real man has power and control, a real man dominates; a real man is on top.

There is a lot of talk about masculinity these days relative to 10, even 5, years ago. And honestly, sometimes it’s hard to know where it’s coming from or what the intent of the conversation truly is.  You can’t talk about masculinity without talking about sexism anymore than you can talk about whiteness without talking about racism. What I appreciate about working alongside Q is that the way he looks at masculinity is profoundly informed by his understanding of women’s experience of male violence. He has listened – for years now – to the stories of victim/survivors of domestic violence as well as to the stories of men. Working with men, making space for them to talk about what it means to be a man; to be vulnerable, accountable and begin to understand the ways that violence against women intersects with men’s violence against other men and men’s violence against themselves, IS a primary domestic violence prevention strategy.  The more men there are who are willing to take responsibility for their privilege, for their pain and the pain they have passed on to others, the better off we will all be.

Sally N. MacNichol has been an antiviolence activist and educator In New York City for almost three decades.  Her formal journey in the movement to end violence against women began in 1984 when she did her seminary field education at the then newly founded Sanctuary for Families.  As she listened to the voices of women who were struggling to survive both intimate and systemic violence, her life was redirected and transformed both personally and vocationally.  Since then Sally has continued to listen, learn, advocate, agitate, and educate around the issues of intimate, family and gender violence all over New York City and sometimes beyond. Sally has counseled countless women struggling with abusive partners, facilitated empowerment groups for survivors, co-facilitated groups for abusive partners, and trained hundreds of preventive and protective child welfare workers how to better assist families struggling with domestic violence.  Sally is currently co –executive director of CONNECT,  a NYC nonprofit dedicated to preventing interpersonal violence and promoting gender justice.  Sally was a founding member of the New York City Coalition on Working with Abusive Partners (CoWAP.  a founding member  of Voices of Women, and on the founding board of the Child Welfare Organizing Project, (CWOP).  She currently serves on the boards of Freedom House, the first shelter for people with disabilities who are victim/survivors of violence in the USA, and House of Peace, a organization working to address domestic violence in the Muslim communities of New York.  Sally earned her M. Div. degree (1987) and Ph.D. (2005) from Union Theological Seminary. Her work focused on the development of an antiracist feminist liberation theology addressing the intersections of racism and sexism.  She is an ordained interfaith minister.

Quentin Walcott is the newly appointed CONNECT Co-Executive of Director, along with Sally MacNichol, where they are working together as allies to prevent and end all forms of violence. He has created a wide range of programming on manhood and fatherhood that has been delivered across New York City, including inventive programs for teens. Quentin’s innovative work, vision, and activism were recently honored by NOW – NYC as a recipient of their 2012 Susan B. Anthony Award. In 2011, Quentin through a special invite facilitated one of ten events that occurred across the country during October to support Vice President Joe Biden’s call to action and to commemorate National Domestic Violence Awareness Month. In 1996, Quentin trained, supervised and mentored by Dr. John Aponte, began facilitating Batterer’s Intervention Programs and various other groups for men and youth throughout New York City. For 6 years, Quentin co-chaired the Committee on Working with Abusive Partners (CoWAP), a committee of men and women that run batterers programs throughout New York City. Quentin has also worked with Eve Ensler to help facilitate and launch V-Men programming in NYC. He also works nationally with community groups and service providers as a violence prevention activist, educator, group leader, lecturer and program developer.