Feminist Anxiety about Domestic Violence Against Men – The Feminist Wire 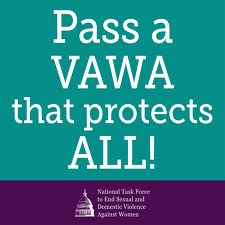 The Violence Against Women Act (VAWA) was recently reauthorized after an unexpected delay — a delay that extends beyond, now routine, Republican obstructionism — attributed to opposition to the extension of protections to groups such as immigrants and Native American women.  I’m interested in another exclusion that has sometimes been raised since the passage of the legislation in 1994, of intimate partner violence against men. In heterosexual couples, men do the most of the battering and women do far less. But even when it’s a small share of such instances, not only do all victims deserve recognition, there needs to be greater attention to reluctance to acknowledge violence committed by women. Discussion of domestic violence as something that men do to women, even where this is predominately the case, obscures the roots of the problem, thus treating violence as if it’s something natural – even biologically – associated with men, rather than something that is learned, bound up with the norms associated with masculinity, and often part of cycles of violence that need to be healed. Connecting men with violence also makes it difficult for people see men as victims who deserve support.

I’m interested not only in the resources that VAWA makes available, but the way that it provides a framework for thinking and talking about domestic violence. The National Task Force to End Domestic and Sexual Violence Against Women produced a fact sheet on VAWA that addresses “the man question.” While legislation does provide some assistance to men, it should be understood in the context of where the victims of violence are understood to be “overwhelmingly female” making up 84% and 86% of spousal and intimate partner violence respectively. But the story of the statistics here is complicated. Data on battered men are sometimes simply omitted even when the numbers are available. For example, a study commissioned that would accompany the Act’s first reauthorization in 1998 cites that each year there are 1.5 million women who are victims of domestic violence and 835,000 men. But President Bill Clinton’s remarks on the occasion reflect the way in which men are omitted from the larger social discussion, focusing on the impact of violence on women and children inside the home. 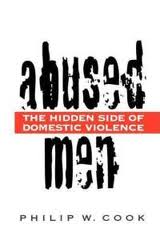 Philip Cook’s book Abused Men: The Hidden Side of Domestic Violence offers an account of the politics of statistics across four decades of research on intimate partner violence, chronicling the ways in which the battering of men is overlooked and under-discussed. Cook points out that women make up 20% of domestic violence arrests and, in the reissued version of the book released in 2009, shows how these figures have changed over time, reflecting reporting practices rather than a dramatic increase in the levels of violence. Cook cites a survey sponsored by the Law Enforcement Assistance Administration of abused women seeking shelter in Kentucky found that among violent couples, 38% of attacks were by ones where women reported that they had initiated a violent act.

Unsurprisingly, men are far less likely than women to report incidents where they have been injured as it might call into question the status of their manhood. For men who did not hit back, retaliate, or perform an evasive action, there remains an expectation among many of the men themselves that they should have been able to fend off what transpired. Counselors note that boys and men who have been the victims of violence have a hard time accepting the label of victim.  Feminized associations with victim language makes it difficult for men and boys who experience violence to seek and accept help. Unfortunately, when men do share their stories of abuse, it’s not uncommon for these accounts to produce anxiety, disbelief, and uncomfortable laughter. Some men recount having called a domestic violence hotline only to have their call treated as a prank.

One of the ways women’s acts of violence are explained is that they’re said to be acts of self-defense. And while in many cases this is true, one would have to systematically discount the testimonies of thousands of victims who report otherwise to believe this is the only context in which men are battered by women. The picture about women’s capacity for violence changes when taking into account domestic violence in lesbian relationships, mother’s physical abuse of their children, and women who commit sexual harassment in workplace.

That there exists disparity in these numbers shouldn’t have the effect of erasing minority experiences. It’s understandable why there’s resistance to a framework that suggests that “both men and women” are battered, as if there is equivalence there.  It’s also understandable why there may be fear here as well.  At minimum, it could mean a loss of scarce resources for women who do not, overall, have the same earning capacities of men. Domestic violence is intertwined with learned gender roles and histories of abuse, but too often such violence is treated as if it’s inherently male.  This account misunderstands and fails to get at the roots of such problems. Understanding violence as an extension of manhood is a problem for both women and men.  It’s imperative that we discontinue limiting the ways we understand women’s strength, men’s vulnerabilities, and the capacity of all people to commit acts of violence.

Framing domestic violence in the way it’s currently understood means that some victims remain in the shadows.  This makes it difficult for men, women, and children who are abused by women to be understood and receive help. There’s a kind of perverse and necessary equality in such recognition.  In the aftermath of the Abu Ghraib scandal, Barbara Ehrenreich reflected on what Lynndie England’s crimes mean for feminists, and how the evidence of her misconduct, particularly in wide circulation, represented a kind of “loss of innocence” for women surrounding violence.  The reconceptualization of domestic violence that takes stock of women’s acts requires giving up romantic ideas of woman-partner-mother-sister (namely white women) as a uniformly innocent figure; a source of safety and care who is incapable of monstrous acts and cruelty outside of profound illness.

Still, the discomfort around the idea that women might be violent and men may need scarce resources as victims is, in many ways, an understandable reaction in light of the rates of violence that men commit.  The failure to treat domestic violence and sexual harassment with the seriousness it deserves only makes matters worse. Nevertheless, a fair share of the limited attention to intimate partner violence against men has been generated by anti-feminist men’s rights advocates.  This makes it all the more important to see a growing number of feminist-identified men’s organizations such as Men Can Stop Rape and CONNECT, doing work to reach out to men in an effort to create spaces for rethinking masculinities and reducing violence. Another piece in this puzzle is to better address domestic violence in its many forms.  And doing so doesn’t mean a zero-sum gain for women. 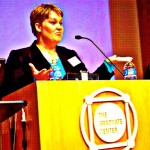 Jennifer Gaboury is the Associate Director of the Women and Gender Studies Program at Hunter College whose work currently focuses on the relationship between rethinking masculinities and feminism. She is proud to be currently serving as the chair of the Board of the Center for Gay and Lesbian Studies (CLAGS).