Drowning in Wool – The Feminist Wire 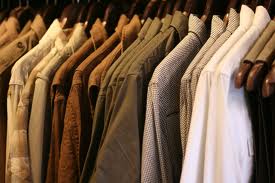 In high school, I was obsessed with planning what I was going to wear to school every day.

The nights before classes I would spend hours upon hours sorting through clothes, losing myself in the depths of my closet. I would stage at least three different options on my bedroom floor, arranged and styled in the ways in which I would wear them – even pulling underwear samples and having them laying with each option in order to see if the underwear matched as well.

In many ways I was neurotic with this ritual, but it was something that brought me a sense of control in my life. At thirteen, control is something one desires as their body changes, they start high school, and if you are like me: you realize you’re gay in a place where that’s the last thing anyone wants to be.

At thirteen I couldn’t control my attraction to men, but I could control what shirt I was going to wear.

During these nightly sessions I would have to contemplate somewhat complicated and hard questions at the time. Questions such as: Are camouflage cargo pants already passé in 2003? Can I wear pink and make it look masculine? Is putting a t-shirt over a button-up a skater-punk look or collegiate-prep-on-Thanksgiving-break an option?

My sister would sometimes stop by my room during these sessions and act as my wardrobe assistant. She was two years younger than I, but had a keen eye and a quick tongue.

Her remarks would be sweet vignettes like: “Oh that is cute, I don’t see a lot of the other guys wearing that.” Or her personal favorite, “You dress really nice for a guy!” And then sometimes the most painful one, “Um, no.” Then it was back to the drawing boards.

At the time, I wasn’t conscious of what these exchanges meant, and I thought I was just trying hard to look my best. I knew looking my best in my southern republican school meant looking like a guys-guy who liked women and played sports and would drink a beer. So, my mission was to look like this guy–the guy who liked all of those things, but also liked to shop and dress nice…but maybe not as much emphasis on the ‘liking’ women part.

A few years later when I arrived at college in Chicago I found myself not partaking in the same obsessive rituals as before.

I still cared very much about what I wore to class, and there was some planning, but it was not at the levels that were sustained through high school. I found myself not feeling a need to manage my outer appearance as heavily in the urban jungle of Chicago, like I did in Tennessee.

This past nightly ritual – I would come to figure out – was less about looking ‘good’ and more about me testing the limits of my own gender and sexuality. Those times when I would bring my sister in to my room to help me pick out clothes and I would say “How does this look?” was really me asking: How gay do I look? 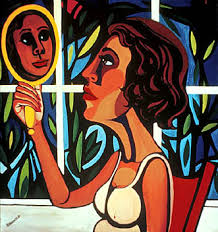 A lot of us go through our own versions of this every morning when we awake. We look in a mirror and stare into our closets or drawers and think about how ______ we’d like to be today. And in my case I was trying to gauge the levels of ‘gay’ that could be read through the articles of clothing on my body.

For many gay men, this ritual is important and something we have become too familiar with. When we look in the mirror in the mornings and gauge how gay we are presenting that day we are also asking ourselves: how safe do I want to be today? Because we still live in a world where men are not celebrated for being effeminate, but instead ridiculed and sometimes face different forms of violence.

The ways one presents themselves in public is directly tied to many facets of their life. We dress one way we get treated one way.

RuPaul famously said, “You’re born naked & the rest is drag.” Drag is a great metaphor for our daily lives and dress. In the drag world one’s form of drag is in tandem with how much money one makes, their success, and who their following is. How we represent ourselves in public — the drag we put on per se — is powerful and affects the ways we move about and the experiences we have. Our drag can bring us love; it can bring us shame, or a lot of hate.

The other night I was at a gay bar celebrating a friend’s birthday who came in from out of town. I wore a sweater that I have worn many times, and have usually only received praise about, or someone telling me I was shedding because it sometimes sheds like most wool sweaters will do.

As I stood talking to friends a man approached me and grabbed my sweater and said: “You’re drowning in wool, don’t wear this again.”

I stood there stunned. Not only did this man come up to me and disrespect me without any reason, but he also felt comfortable enough to lay his hands on me.

“Excuse me?” I barked back at him, pushing his hands off my sweater.

“What?” He was giggling now. “Did I say something wrong?”

I stared him up and down. He was in his late-twenties or early-thirties, I couldn’t decide. He wore designer boot cut denim jeans and a plaid fitted button down shirt. He had facial hair, and drank a beer from a bottle. He was the essence of a masculinity that I did not portray. He was a clone of the gay men from times past.

“Do you think there is something wrong with me wearing my sweater here?” I sipped my whiskey slowly, never unlocking my eyes on his smug look.

“Dude, don’t you think it’s a little too gay? I mean you are like all wool and no man.” His friend standing next to him began laughing at this remark.

During this remark I thought back to high school. I thought about my sister sitting in my room, helping me make sure my outfit was just right for school, that is was just on that border of gay but not too gay. I thought about all the times I was called faggot or sissy or punk in the streets. I thought about the countless hours I spent years ago thinking about how different my life would be if I weren’t gay. And I thought about how much I wanted to throw my drink in this guy’s smug face.

“Do I think I am too gay? Really? We are in a gay bar? That isn’t possible asshole. Just because you dress like that and can walk down the street and no one knows you are gay doesn’t mean you can come to me and tell me how to dress. I woke up this morning, I put on this sweater, and I am keeping it on. You can go to hell.”

He put down his beer on the bar defensively, “Look, I am sorry! I was just trying to help. I’m just tired of all these little queens walking around here, making it worse for all of us. If you could just dress like him…” his finger shot up and pointed across the room, “…then I think it would make things a lot better.”

My mouth hit the floor.

“You know what, I really can’t discuss this with you anymore.” I began to walk away, defeated for the first time in a long time. I have always touted myself as a champion in these situations. My quick tongue and wit has always been my shield. I am on the offensive, and never give my opponent the time to put me on any type of defense. But for some reason this interaction made me feel numb. I sat in one of my favorite gay bars, visiting with some of my favorite people, wearing my favorite sweater. 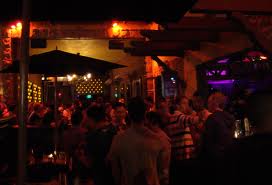 I felt too gay for a gay bar.

I turned back to him before leaving the bar completely, “You know who is really making it all worse for us?”

“Who is that?” By this point I could tell that he could tell I was clearly upset.

“People like you. People who never got over the bullying and the teasing, people who took exactly what every homophobe said to them and internalized it and are now throwing it around in our own bars, our own safe spaces. How do you expect the world to love us if we can’t love each other?”

He picked his beer back up, took a swig, and said, “Look, I’m sorry – I didn’t know you would take it this way. I was kind of kidding…”

“No it’s fine. I am fine. But after today, I hope you think about this the next time you think someone is too gay, and hopefully you will find new words to engage them with.”

I made my way through the bar, sweater still on, and onto the street with a friend. I have yet to run into that guy since.

Today, as a twenty-something, when these instances happen, I do recover. I don’t take off my sweaters or cloths that make me look too gay, but instead keep wearing them. I usually retaliate with words in ways that aim to help change the mind of the person attacking me, and sometimes I can’t and I fail. And what I think about most after these instances is how other people are affected by these moments.

What high school student is out there right now sitting on his bedroom floor obsessing over his clothes to make sure he looks just right so he doesn’t have to deal with as much teasing? What young gay boy is in a store wanting an article of clothing so bad, but he knows if he wears it another gay man may not find him attractive because he looks just too gay? What gay men are out there right now in a bar being harassed by a fellow bar goer for wearing a sweater that’s ‘too gay?’

I still own that sweater and I wear it frequently. Every time since that incident, when I put it on, I think about the bearded guy with the bottle of beer in one of my favorite gay bars. And I find strength when realizing that wearing that sweater doesn’t make me feel like a guys-guy, and my sister didn’t have to approve it before I wore it.

Wearing that sweater, to me, signifies that I am me and not anyone else. That I have carved out a place in the world that is my own, and that I don’t need the approval of another man to wear sweaters that make me look like I am ‘drowning in wool.’ And when I wear that sweater and see other boys in sweaters or other clothing that some may find to be ‘too gay’ I smile. Because neither one of us is drowning in anything.

Zach Stafford is a Tennessee writer living in Chicago. He can be found writing for various media outlets, both on-and-offline. While not writing he works in research and HIV Prevention. Feel free to tweet him at @ZachStafford.