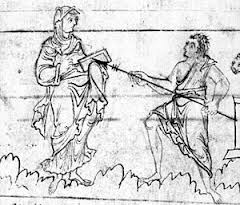 Within our capitalist heteropatriarchial cultural imaginary, masculinity figures as a sort of psychomachia. This is to say, masculinity has proven itself to be a double-edged sword in resisting the hierarchies of power and privilege that are so destructive to our humanity. As a cis, queer woman of color, who is femme by choice, I have been shaped by my own experience of the masculine in ways that have profoundly changed me.

Growing up, I considered myself a feminist. I still do. But in high school, I was heavily influenced by what I was able to grasp of Simone de Beauvoir’s dense body of work. As a young woman, I spent a lot of time considering the ways in which I could escape defining my womanness relative to the dominant patriarchial conceptions of masculinity. It was Simone de Beauvoir who introduced me to the idea of myself as ‘Other.’ It didn’t take much to conclude that she was right and that if I was ‘Other,’ man was ‘Self.’ I wanted desperately to excise the ‘man’ from ‘woman.’ I was on a journey to locate my subjectivity in my identity as a woman free from external constraints. And, the fact that I was made to reconcile my identity in this way illuminated to me my social location in a very real way. I was awakened to what it meant to experience oppression. At the time, I thought of masculinity as nothing but a constraint.

I also attended high school in the Deep South. Many of my experiences with feminism, and therefore, my ideas around masculinity during that time were colored by the intense systemic and interpersonal racism I witnessed directed at my parents and in particular, my father. Although it was not until later, while in college,  that I was able to name and deconstruct many of these experiences, they too were germane to how I thought about and was shaped by masculinity.

As bell hooks writes so brilliantly in Feminist Theory: From Margin to Center,

The fate of many […] black men in this society, whose lives are characterized through cycles of violence that usually climax in the death of others or their own deaths, epitomizes the peril of trying to actualize the fantasy of masculinity that is socially constructed by ruling groups in capitalist patriarchy. 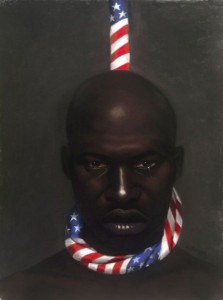 The realization that the black men that I loved — my father, my brothers, my friends — men who certainly enjoyed some measure of privilege relative to me, were themselves deeply entrenched within a system of racist and hegemonic patriarchal values that called itself ‘masculinity,’ was very troubling to me. I understood then that the masculine cannot be constituted as one category, or one experience. I began to think of patriarchial masculinity in terms of the capitalist state and systemic racism. Intersectionality. It was important to me throughout my time in college to critically interrogate the ways in which hegemonic patriarchial masculinity was inextricably bound up in questions of race, class, and empire. Who does heteropatriarchial masculinity benefit and why? My ideas around masculinity were still growing but ultimately, still focused on the relative negative impact of the masculine on the world around me.

Then, I came out. And when I did, I learned there was a lot more to gender presentation and performing femininity and masculinity than I had ever imagined. Queer culture supports a plurality of masculine-of-center and feminine-of-center gender identities — often conflated with sexuality by those who buy into heteropatriarchial ideas. Despite my theory and textbooks, it wasn’t until I experienced the real life, redemptive, feminist side of masculinity that I could grasp its potential as a site of resistance. It wasn’t until I came to care for and love masculine-of-center performing folks within my own queer community, many of whom experience daily oppression and structural violence themselves, that I understood: a revolutionary reconstitution of masculinity was not only possible, it was here already.

I’ve seen masculinity deployed as revolutionary love. I’ve witnessed a masculinity that is vulnerable and also unafraid. I know that the masculine can be a site of resistance to the heteropatriarchial capitalist society that gave birth to it. I know because when I look to my trans* brothers, or to the butches, studs, bois and other masculine presenting folks in community, I see evidence of it. This resistance often lies in the redefining or dissolution of arbitrary binaries like ‘masculine and feminine.’ For example, is it considered masculine to give birth to and raise a child? In my community: yes. That in itself is resistance. It is revolutionary to see masculine-of-center folks resisting and reconstituting dominant masculine mores to treat women and feminine-of-center folks with kindness, love, openness and respect — and those are the values I see represented in my community. As a woman, I am made safe and loved by a community of masculine-of-center people, many of whom enjoy less privilege than myself.

This is not to say that masculinity functions purely as a positive force within the queer community, far from it. But in my experience, critical conversations around masculinity outside of the queer community have not always made the necessary space for positive criticism. I had a singular conception of masculinity as a destructive social force for some time. If you asked me now, I would still agree that masculinities, which appeal to ‘hegemonic patriarchy,’ are destructive. Yet, I am also a witness to the good that can be found in feminist masculinities. 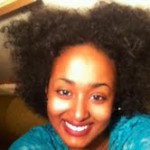 Muna Mire is a student in her final year at the University of Toronto where she is completing an Honors B.A. in English, Political Science and Sociology. At U of T, she serves as Editor-in-Chief for The Strand, Victoria University’s student newspaper and is the current Antiracism Coordinator for the Canadian University Press. She writes for Rabble.ca and The Huffington Post Canada. Her interests include critical theory, literature and progressive politics.