A Preemptive Strike: Cannibalizing Queer People of Color in the Aftermath of the Orlando Massacre – The Feminist Wire

Home / Academia / A Preemptive Strike: Cannibalizing Queer People of Color in the Aftermath of the Orlando Massacre

A Preemptive Strike: Cannibalizing Queer People of Color in the Aftermath of the Orlando Massacre

**Editor’s Note: We interrupt our summer break to honor the loved ones lost in the Pulse Orlando shootings**

By AM Foiles Sifuentes

This isn’t an open letter. It’s cautionary. Warning tape surrounds this statement. Enter at your own risk.

I’ve been told to not write anything while I’m angry. It’s career suicide. People will just read you as an angry woman of color. First of all, I don’t identify as a woman. And second, I am angry. Angry at the world. The universe. Whatever deity people pray to. I’m livid. Queer people of color live their lives on the margins, our communities forged in fire born from hate. The white LGBTQ+ community is rot with racism that oozes from every corner. And communities of color are seething with homophobia denying the very existence of our beings. We are forced to create our own spaces so that we can live our lives safely, finding joy and love amongst ourselves. One week ago that ended. Someone unleashed a weapon of mass destruction into a space for queer people of color. I’m done. My safe place gone. My silence shattered. I’m now walking among you. Welcome to my kitchen table.

I’m not surprised that there was a shooting at Pulse. This happens all of the time to queer people of color on smaller scales. I’m shocked that I knew someone who died there. That I held the woman she loved before she flew home to bury her. That I listened to her describe the family’s indifference shown to her in death that was forced on her in life. So, this is for her, the buried. The woman she loved. And for me. To hell with you.

I’m watching the outpouring of support being offered from around the world. It’s a beautiful display of sympathy and people are coming together from all walks of life to host vigils, erect memorials, and demonstrate any measure of solidarity and provide as much comfort as they can muster. Ironically enough, in the US, the same people that forced queer people of color to the margins are the ones hosting these public places of grieving. The white LGBTQ+ community is hosting vigils that deny queer people of color the chance to speak, even turning off the microphones when they try to include that Latin@s represent 90% of those killed. And communities of color are reeling from the assault, glossing over the fact that most of the victims were LGBTQ+. Instead the dominant narrative in communities of color focuses on how much support is being offered from Muslim communities trying to quell islamophobia from taking further root, masking all queer people of color in the process. Question: even in death – why is it okay for you to continue to force queer people of color to the margins? How can you find comfort in ignoring your collusion in their erasure?

Everyone is popularizing the idea of love – celebrating that we’ll keep living and loving. You were going to keep living. It was an assault on queer people of color. Most of you saying that are white or straight! And you wouldn’t have been in that club anyway, at least not on that night. It was full of queer people of color. And yes, it could have been at any gay bar, but it wasn’t. Perhaps we should all pause and wonder why that is before we lay claim to it. The LGBTQ+ community: make room for queer people of color in your life, not just your bed. And hugging someone different than you and inviting us to dinner because a chain email told you to isn’t going to change your behavior. Communities of color: the woman coming with me to dinner is not my *friend. She is my lover. My wife. My partner. Mi corazón. Not *just my roommate. Deal with it.

The academic, oh the academic, hiding behind your laptop sipping your morning coffee or evening class of wine. I’m writing this letter to you. I know you’re out there – wondering which article to write first, debating the need for your “voice” in the conversation. Once you’ve demonstrated your proficiency on Facebook and updated your twitter, Instagram, pinterest accounts, people (namely your friends) are going to encourage you to write something – an off shoot of one of your longwinded posts that no one read, but were forced to endure. I have two words for you: don’t and no. The academic: should I write an article about decolonialism and queer spaces after Pulse? No. Perhaps trans-identities and transformation post Pulse? Don’t. Isn’t there a need for my voice in this conversation? No. If I don’t do it, who will? Don’t. Just don’t.

The very last thing that these slain queer people of color need is to make your career. They don’t need to be picked over and analyzed – discussed is some trite article or personal narrative. You weren’t close to them in life. Why should you feel so entitled to lay claim to their death. Leave them alone. They are spectacle enough in popular media, with some being outed publicly and families’ vehemently denying that their loved ones were gay. They are being disgraced even in death. The last thing that they need is for you building your career off of them. We can’t control everything, but we can control ourselves. Resist the urge to cannibalize these queer people of color for your own betterment. Give them at least that – some measure of dignity and sanctuary.

Let them rest in peace. 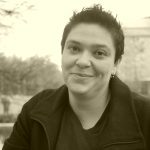 AM Foiles Sifuentes is deeply committed to the pursuit of social justice, equity, and equality for marginalized peoples. She received her PhD in Cultural Anthropology from the University of Massachusetts Amherst and is currently Visiting Assistant Professor of Anthropology at Sonoma State University. Her research examines the nexus of power, privilege, and violence produced by the nation-state and dominant communities. Dr. Foiles Sifuentes’s most recent project engages working class seniors and their ability to access affordable healthcare. Driven by data collected through grounded theory, Dr. Foiles Sifuentes moves the voices of those she studies into the forefront of her work. She endeavors to speak with, never for, the communities that she studies. Her published work can be found in the following peer-reviewed journals: Race, Ethnicity, and Education and North American Dialogue.