Rethinking Forgiveness in the Face of Unceasing Black Trauma

I am the daughter of a black Baptist preacher. I am also a black feminist scholar of Black Religion and Black Diaspora Studies. So on one hand, I am well aware of what many black folk are taught, both consciously and subconsciously, with regard to trauma and forgiveness. I know the template of black compassion by heart and how texts like the following often undergird black public responses to trauma in America:

Then Peter came to Jesus and asked, “Lord, how many times shall I forgive my brother or sister who sins against me? Up to seven times?” Jesus answered, “I tell you, not seven times, but seventy-seven times.” – Matthew 18: 21-22

And when you stand praying, if you hold anything against anyone, forgive them, so that your Father in heaven may forgive you your sins. – Mark 11:25

But to you who are listening I say: Love your enemies, do good to those who hate you, bless those who curse you, pray for those who mistreat you. – Luke 6:27-28

Do not repay anyone evil for evil. Be careful to do what is right in the eyes of everyone. If it is possible, as far as it depends on you, live at peace with everyone. Do not take revenge, my dear friends, but leave room for God’s wrath, for it is written: “It is mine to avenge; I will repay,” says the Lord. – Romans 12:17-19

Be kind and compassionate to one another, forgiving each other, just as in Christ God forgave you. – Ephesians 4:32

On the other hand, I am also quite cognizant that black public performances of forgiveness function as ideological code, not only for silencing ‘white on black’ trauma in particular, but surviving it. That is, black folk are coerced and consent to perpetually and immediately forgive white racist terror again and again in the public sphere as evidence of faith, humanity, and civility, and as strategy to not be killed by someone claiming they feared for their life (or here, or here).

Yet, they are asked to bear witness to and forgive specifically white trauma and terror in a context where “terrorism,” more generally speaking, writ large articulates Anti-Americanism and violent extremism – and where terrorists interpreted as threats to U.S. democracy are in fact not forgiven but rather extinguished. This undoubtedly leads to a perplexing conundrum for black Christians in particular, especially as they are called upon to forgive people that have never repented (Luke 17:3-4), to love in what feels like interminable despair (John 13:34), and to commit to memory that “hatred stirs up conflict, but love covers over all wrongs” (Proverbs 10:12).

What other repeatedly traumatized group in America is asked by media and others if they forgive those that hurt them or who have unnecessarily killed their loved one(s)? What other groups are promptly asked to show compassion and nuance (deftly separating good from bad) for collectives indulging in histories of recurrent trauma? Who else is called upon to move on so quickly, to censure other potential victims, and to stand with their abusers? The answer is clear: no one. No other group of people are asked to suck down their rage and coddle their abuser and attend to their feelings.

This is the part where I am misread as the anti-Christ, or, on the other hand, where we wag our #woke fingers at black Christians for being too respectable. It is where the significance of Christianity, and more specifically the Black Church, in black folks’ lives is demeaned and reduced to the white man’s faith, Marx’s opiate, or Jim Jones’s kool-aid. It is where black radicals stand on the cool table and announce, “That’s why I’m not Christian!” Because being #woke and being Christian can’t possibly happen at the same time. This is the easy line of reasoning.

The more difficult task lies in taking seriously black folks’ allegiance to Christianity and the Black Church, and exploring what forgiveness and/or love might look like in a context of sustained assault – where one moves from trauma to trauma as privileged oppressing others sway effortlessly between denial and delusion – and where racism, which operates along color, sex, sexuality, ability, and class lines, demands black folk go about their day as if they aren’t having extrajudicial murder with a side of PTSD for breakfast every morning. It lies in thinking about forgiveness and/or love in a context that has yet to meaningfully and tangibly acknowledge that racism is not only barbaric and violent, but sin. This line of thinking, then, understands that forgiveness demands conflict. Someone has to be told that they are wrong. And they in response must seek mercy, justice, and reconciliation.

Martin Luther King, Jr. provides a clue. I note King here because he is often paraded as the icon of love and forgiveness and how one should respond to persistent white terroristic threats. Though he argued for a beloved community, King noted that, in a racist society, such a community would only come about through direct confrontation, truth, accountability, and justice. His push toward forgiveness and love was not kumbaya. It was a demand that the oppressor change, an explicit challenge to the status quo, a censuring of America for not living up to its democratic ideals of freedom, justice, and equality for all, and a moral standing that unequivocally refused racist social codes, disparities, and injustices, each of which King argued were morally evil. And it stipulated not altruism, pseudo-camaraderie, or unearned absolution, but collective conscientious civil disobedience.

Those moved towards Kings’ notion of love and forgiveness as a response to terror must take into account the complex, contradictory, and unsullied/un-whitewashed version of King. The one who risked his life and was murdered by the neo-colonial state. Turning a blind eye to the corrupt realities of diasporic neo-coloniality, which not only demands a constant “Other” but justifies both itself and its violences in the name of the colonial mission to occupy and “civilize” dark others through torture and destruction, won’t save or secure anyone. Instead, what *is, must be named and resisted. Any notion of love and/or forgiveness must start there.

The moment we are in notes merciless, unabating, and uninterrupted neo-colonial racial trauma. In Discourse on Colonialism (1950), Aime Cesaire argues that a nation that colonizes, and which justifies colonization, is a sick civilization; a civilization that is morally diseased—and thus constantly calling for both reinvention of the “Other” (thingification), which enables hierarchy, and its Hitler. He notes that Hitler and the Nazi Party’s persecution of the Jews during WWII was not a deviation from Europe’s “norm,” but rather normal to Europe. And while many white/Europeans like to distance themselves from Hitler, he posits, they do so only because his racist hatred and colonialist procedures were applied to other white/Europeans. Prior to the Holocaust these practices were reserved exclusively for black Africans. And White/Europeans looked the other way, thus legitimating and tolerating trauma and violence.

While the *official apparatus of colonialism may have been removed, “the political, economic, and cultural links established by colonial domination still remain.” And they continue to destroy entire groups of people through systemic, structural, institutional, and interpersonal violences and silences. For those compelled to love and forgive white terror, and for whites and others demanding said love and forgiveness without justice, denouncement, resolution, or termination, I urge you to do so with the truth of the historical narrative in mind and with a commitment to naming and rooting out neo-colonial sickness – wherever it exists.

To make it plain: We are living in the house that slavery built. Its tools of power, regulation, and domination were never meant for black thriving. They reveal old and new world diasporic sickness – a moral decay that has been normalized and has yet to receive proper treatment. This sickness demands new Hitlers under different names, constructs systems of domination and submission, renaming them freedom and democracy, and produces and maintains power structures that diminish, dehumanize, threaten, alienate, and murder black diasporic folk everywhere. More, it erases, poisons, and multiplies as it pummels and bleeds.

Still, as one raised in the Black Church I take seriously the power of love and forgiveness. If it makes the reader feel any better, I’m willing to bet black folk have long surpassed Jesus’s command to forgive seventy-seven times (or if reading the King James Version, “seventy times seven”) as it relates to anti-black racism. But as a black feminist scholar of Black Religion and Black Diaspora Studies and as a mother rearing the most precious and vulnerable, I’m also pondering William R. Jones’ provocative question, is God a white racist (or a racist misogynist)? Stories of black cis and trans deaths parade across computer screens like advertisements during the Super Bowl. Memorial hashtags fill timelines before our first cup of coffee, saying his, her, and their name. Yet, hope leads me to say no to Jones’ question. Still history compels reasonable doubt, struggle, discomfort, and alternative strategizing.

So as opposed to blind love and forgiveness I suggest two things: revisit Luke 4:18 where Jesus frames his mission in terms of liberating the oppressed and familiarize yourself with the unapologetic and unconventional justice works of the ancestors – in this nation and beyond. No strangers to the moral decay of plantation life in North America, many of the black enslaved were forced to fashion an alternative system of ethics with the bible in one hand and trickster tales in the other. In Faces At The Bottom Of The Well: The Permanence Of Racism (1993), Derrick Bell warns that a democracy established through white mendacity and chicanery requires a certain kind of cleverness in kind.

I urge us to particularly revisit Br’er Rabbit. Believe it or not, the tales provide a lot of wisdom. And the rabbit helped many of the ancestors survive, losing neither their ‘ligion nor their dignity. And for the I-only-love-Jesus-African-religions-and-trickster-tales-are-of-the-devil type, if we read between the lines, we might notice that the rabbit has a lot more in common with the Christ figure of the gospels than your favorite evangelical prosperity preacher. In the African tales, the rabbit is justice. He understands that the demand for the oppressed to forgive and love their oppressor sans repentance, atonement, and deconstruction is rooted in anti-blackness, the belief that the solution to racism and racial violence begins and ends with black folk, and the false idea that black folk are unfeeling and different from the rest of humanity, all of whom get to express pain and anger without critique. Perhaps most of all, he knows how to signify, to operate within a manipulative and exploitive system, and thus change the course of events in a time such as this.

For more on the justice work of Br’er Rabbit and others see Black Culture and Black Consciousness: Afro-American Folk Thought from Slavery to Freedom by Lawrence W. Levine. Levine argues that slaves made sense of their condition via slave songs, folklore, religion, humor, heroes, and spirituals. The tales in particular were about teaching and messaging. They provided a platform for the slaves to speak honestly about their reality, offered guidance on navigating within the limits of the slave system, and articulated possibilities for agency and overcoming evil. Some dismiss the rabbit as having little or vile meaning. However, scholars like Levine, Sterling Stuckey, and others note him as cunning, sharp, witty, wise, quick, and creative. He shows us that there is no standard of absolute morality in an immoral structure. And he provides hope as he utilizes calculated trickery to defeat and undermine the enemy in systems of oppression. 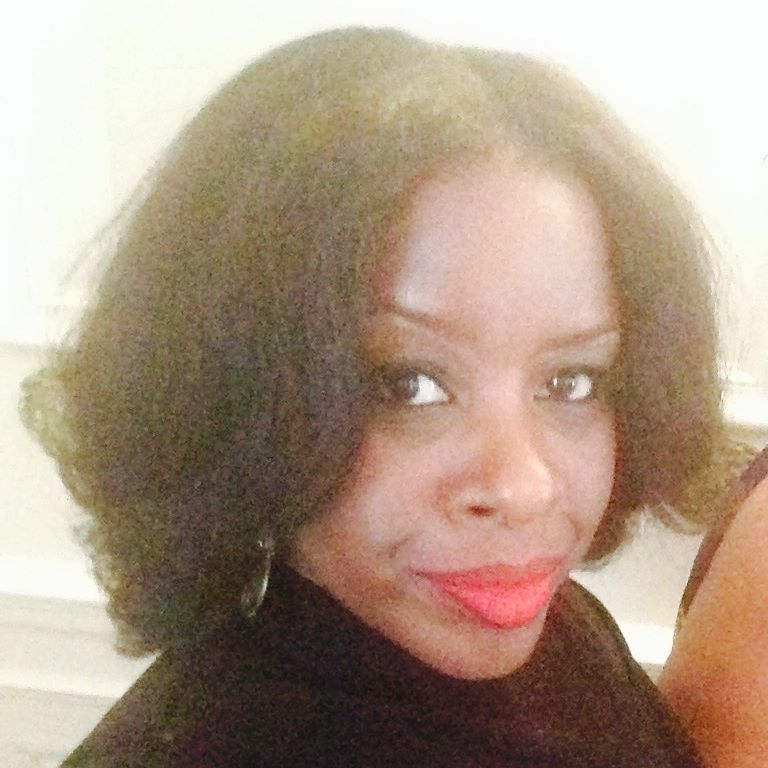 Tamura Lomax is the author of the forthcoming text Jezebel Unhinged: Loosing the Black Female Body in Religion and Culture (Duke University Press) and co-founder of The Feminist Wire.