#BlackSkinWhiteSin: In the Name of Redemptive Self-Love: Stop! The Holyrolling Fashion Police – The Feminist Wire

#BlackSkinWhiteSin: In the Name of Redemptive Self-Love: Stop! The Holyrolling Fashion Police 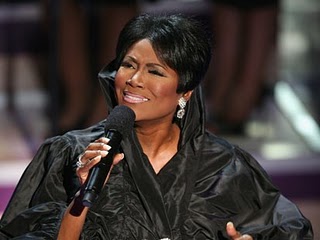 Since the European male’s predatory gaze upon African women on precolonial African soil, the Black female body in Western culture has suffered mis-definition by polarizing contradictions: exotic and erotic, alluring and repulsive, exquisite and grotesque. The implications of this duality relegated the Black female body to two equally oppressive domains, as an obsession of the modern world and the very materiality that Western social order craves as a prized possession. One historical entry point to make this case is the narrative of South African woman Saartije Baartman, exhibited as “Hottentot Venus,” whose curvaceous body was put on display (often sparsely clothed) for 19th century European audiences, as both an enticing figure for public pleasure and an undesirable silhouette to be mocked by public disdain. Similarly, enslaved African women in antebellum America faced the terror of this dilemma on the auction block, as many were stripped of clothing and oiled down to signal their bodies as “hot” and “open for business,” or sexually and physically available to be sold as property and pleasures to the highest contenders.[i]

In these scenes, Black women’s bodies, rather than white slaveholders, became synonymous with a licentious character. Likewise, the scripting of the Black female body in Western thought and culture has become inextricably linked to a moral economy of sensuality, whereby goodness equates to the covering, hiding or sacrificing of the body in return for public recognition of humanity. Post-bellum, to resist negative stereotyping and establish a moral standard aligned with dominant interpretations of black racial progress, some Black churchwomen and clubwomen adopted a “politics of respectability”[ii] that appealed to modesty. As one strategy among many, it hoped to shift profiles of “well-to-do” Black women centerstage. Black feminist Hazel Carby, in “Policing the Black Woman’s Body in an Urban Context,” argues that white and Black institutions during the Migration era participated in the casting of Black women’s bodies as the problem of urban moral crises while establishing a disciplining discourse “between the morally unacceptable economics of sex for sale and a morally acceptable policing of black female sexuality.”[iii]

The nexus of the sacred, sensual, and social converge upon the formation of holy dress or modest feminine drag as some Black churchwomen sought to separate themselves from “urban night women,” uplift the dominant castigation of their moral virtue, and represent consecration to God by stylizing their bodies with multiple layers, loosely fitted outerwear, pinned up tresses, minimal jewelry and monotone makeup (if any at all). Black Baptist women who espoused this dress code of honor wore floor-length Victorian style makeshift dresses evidenced in late 19th and early 20th century photographic accounts of Spelman women.[iv] Black women in the Church of God in Christ, who were often street preachers in urban cities in the 1920s, donned the sanctified uniform of a pristine white blouse, a long ankle-length Black skirt and relaxed shoes.[v]

While some Black women’s conventions and auxiliary clubs in Black churches have functioned as spaces for social and spiritual activism historically, they have also operated as Black charm schools for respectability and social etiquette training. A historical backdrop of Black women’s body politics gives new hermeneutical meaning to the contemporary global call for women to #raisethestandard by Dr. Juanita Bynum in her recent video blog sermon “No More Sheets Part 2.” “Is this a Word from the Lord or an episode of what NOT to wear?!?!” best captures my knee-jerk reaction to watching Bynum’s one hour and nine-minute preachment where she admonishes women for wearing “body con”[vi] dresses and tightly fitted clothing, as they are presumed to be disrespectful attire to the call and faithfulness to God. Bynum participates in an enduring white hegemonic fallacy reincarnated in Black religiosity that ties a Black woman’s body to a lascivious character, unmasked by how she looks or what she wears.

…Something has gone wrong that there is something in us that says this is ok…At what point, does the line get drawn that skirts are so tight and so short until half of your thighs are out and you’re ministering and you’re standing in pulpits…I can’t even get to the concept with someone preaching and leading praise and worship with no stockings on with thongy, stringy shoes and your legs all greased up. What kind of message are you sending us? Because to me, that look like somebody that’s got a ho spirit that ain’t purged out in God. And any minute you can just go over in the corner to a deacon and just hit it right there in the corner because you don’t even have drawers on. You got on thongs, and some greasy legs, and a bitbop skirt and you’re our praise and worship leader?!?! Yall, something is wrong. Something is absolutely, positively wrong with that. And then we wonder why there is so much sexual promiscuity in the Body of Christ. We wonder why married men are failing their wives. We’re wondering why is there so much cheating? And all this cheating ain’t goin on with people that work on their jobs. It’s going on with people in the church. Because when you come to church you don’t know when, where and how?!?![vii]

Here, Bynum situates a moral urgency within the church where sexual promiscuity may be running rampant as the sole burden of women and a byproduct of women’s unrespectable garb. Bynum sustains a theology of contempt when women with no stockings and greasy legs become “hot to trot” bearing a “ho Spirit,” signaling church leaders, presumably male, that they are eager and ready for sexual invasion. Sadly, Bynum’s “No More Sheets Part 2” finds its place in a long, dramatic archive of moral indictments against women couched in theological dogma that prescribe holiness as righteousness, which must be attained by a prohibitive canon rather than a declaration of who we already are.

As a Black, single, millennial, thinking woman of faith, I am certain Bynum’s sermon is not my word from the Lord. I join the chorus of contemporary activists and intellectuals who declare powerfully: respectability will not save us even in the Black Church! The danger of respectability emerges when it is used as a tool of self-regulation and a controlling, taming, policing, disciplining power mechanized by surveillance to restrict and confine individuals and populations.[viii] Though the respectable fashion trends have shifted from the 20th to the 21st centuries, Bynum’s “No More Sheets Part 2” carries a powerful legacy of policing rhetoric that limits Black women’s sensual flourishing.

Nevertheless, my hope is built in a womanist sacred vision that imagines diverse, liberative possibilities for Black women living, moving, being, and, to borrow from novelist Alice Walker, “…lov[ing] herself, regardless.”[ix] Womanist ethicist Stacey Floyd-Thomas coins redemptive self-love in this way:

First, an assertion of the humanity, customs, and aesthetic value of Black women in contradistinction to the commonly held stereotypes characteristic of white solipsism. The admiration and celebration of the distinctive and identifiable beauty of Black women; Secondly, a re-affirmation of Black womanhood in all of its full creation. The essence and freedom of Black women’s cultural, physical, spiritual expression; and Thirdly, Black women’s unconditional and relentless resolve to enjoy the range of their common sense and the pleasures of their individual senses.[x]

[vi] Body con is a shortened name for body conscious. The body con dress forms the outline of the body revealing body contours and curves. Moreover, body con dresses have served as a source for body shaming fuller figures and body types in popular culture. 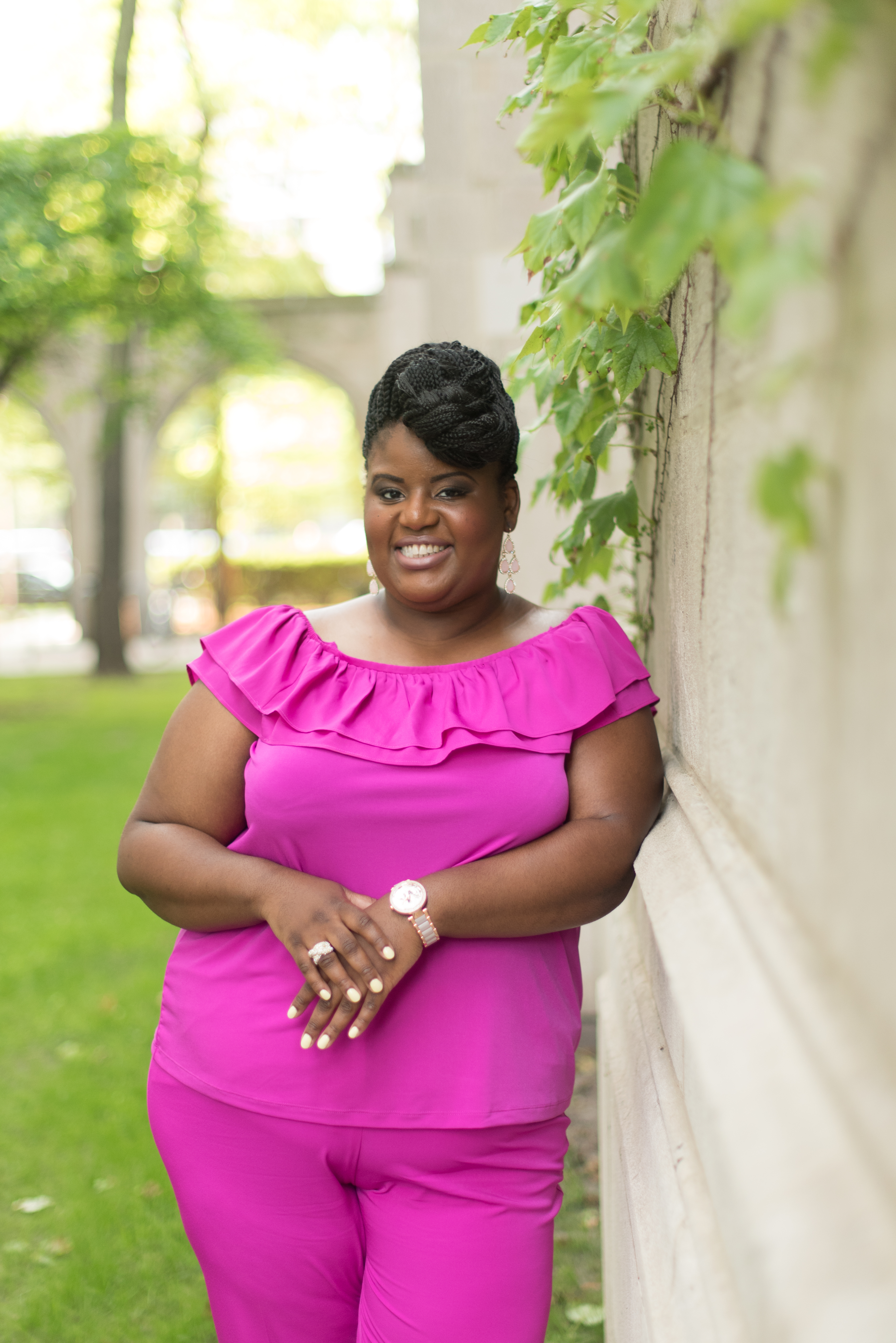 Melanie C. Jones is a womanist ethicist, millennial preacher, and intellectual activist. She is pursuing a Ph.D. in Ethics, Theology and Culture at Chicago Theological Seminary. Her doctoral dissertation entitled “Up Against a Crooked Gospel: Black Women’s Bodies and the Politics of Character in Religion and Society” interrogates Black women’s body politics through Womanist theological ethics, Phenomenology and Black aesthetics. She is a graduate of Howard University and Vanderbilt University Divinity School. She lectures in humanities and religion at The Illinois Institute of Technology in Chicago, IL and American Baptist College in Nashville, TN.

Related ItemsadornmentBynumfeaturedfeminismredemptive self loveSaartije BaartmanStyle
← Previous Story #BlackSkinWhiteSin: For Those Still Haunted by The Sheets (Why the Counter-Narrative Matters)
Next Story → #BlackSkinWhiteSin: Black Feminist Thoughts on No More Sheets and Black Sexual Politics