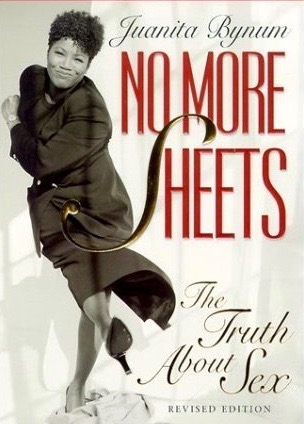 During my senior year of college, sometime between 2002 and 2003, a good friend of mine—let’s call her Nicole—alerted me to Juanita Bynum’s No More Sheets: The Truth about Sex (1998). Nicole, a young Black woman, just a year “behind” me in school, told me that she was “struggling with having a lot of sex” and that No More Sheets helped her understand her plight, and more, what she needed to do to defeat the “sex demon” guiding her sexual choices. I don’t remember how I responded or if I even responded at all, but I remember vividly what I was thinking and how I felt. I didn’t want to “rain on her parade” by shaming her choice not to have sex, but I also didn’t want her to feel bad for having as much sex as she wanted, despite her re-commitment to the book. And she was, in fact, still having a lot of sex.

I knew, but couldn’t quite articulate, that her worries about being labeled a “ho” were the result of racist, heteropatriarchal gender and sexual theories and politics that manifest uniquely concerning Black folks. As Patricia Hill Collins notes in Black Sexual Politics: African Americans, Gender, and the New Racism (2005), “For both women and men, Western social thought associates Blackness with an imagined uncivilized, wild sexuality and uses this association as one lynchpin of racial difference. Whether depicted as ‘freaks’ of nature or as being the essence of nature itself, savage, untamed sexuality characterizes Western representations of women and men of African descent.” The major problem with No More Sheets for me isn’t that it advocates for honesty in relationships or stronger relationships between Black women and God—two things I can get down with—it’s that it ignores the history of black sexuality outlined by Collins (and many others) and subsequently relies heavily on dangerous thinking about sex. Along those lines, the book’s description reads:

There has hever [sic] been a more needed message to reach people who have suffered with their ability to maintain virtuous relationships. Many sincere, well-meaning Christians secretly wrestle with their sexuality and lust. This personal issue has trapped many of us, but God longs to heal what we’ve been afraid to reveal. Juanita Bynum pulls the covers off this powerful struggle. This message is your breakthrough to wholeness and holiness.

I have questions about Bynum’s use of “virtuous,” which rests on her particular understanding of terms like “moral,” “chaste,” “good,” and “pure.” I have similar questions about her understanding of “lust,” “wholeness,” and “holiness.” Let me clarify. I don’t have questions because I don’t understand what she means. I’m very familiar with Black Christian principles along these lines. I was raised in the church. My maternal grandfather was a reverend in the African Methodist Episcopal (AME) church. However, I stopped attending when he got sick and passed away over 20 years ago. In fact, I haven’t stepped foot in a church since discussing my late paternal grandmother’s funeral arrangements almost two years ago, and I deliberately didn’t attend her funeral. The last time I attended a church service was during the funeral for my late cousin in 2009.

I make these points to illustrate that, one, I am clear about Bynum’s position on sex, though unclear about her deployment of terms, and two, I have a personal history with the Black Church, though I am not a scholar of religion. What I am is a Black feminist intellectual who thinks very seriously and carefully, in large part, about the ways in which our thinking about sex and sexuality often works to damage our mental, emotional, spiritual and sexual well-being, whether or not we have sex in normative relationships. For example, in Mya Baker’s Silence: In Search of Black Female Sexuality in America (2004), Hilda Y. Hutcherson, Associate Dean for Diversity and Multicultural Affairs at the Columbia University College of Physicians and Surgeons, notes the following:

They did the best that they could—my mother, my grandmother, the other women around me, the people in the church—to protect me from harm or at least what they viewed as potentially harmful—pregnancy, disease wasn’t even mentioned. But what that did to me was it made me fearful of something that’s natural and normal […] I could not open up and enjoy sex with the one person in the world that I loved, and I regret that, and I resent that. So many years of my life that should’ve been pleasurable were not.

This should make it clear, then, that the sexual theories and politics put forth by folks like Bynum are damaging for all of us, even some of us who adhere to normative sexual scripts. Like Hutcherson, I understand why Black women like Nicole remain terrified about the material implications of these oppressive sexual politics. As Mireille Miller-Young points out in “Hip-Hop Honeys and Da Hustlaz: Black Sexualities in the New Hip-Hop Pornography,” “Ho’s are embarrassing and retrograde to the black progress narrative; they lend legitimacy to negative stereotypes about black women, and they make the ‘real’ black community look bad. Not only does the figure of the black whore exist as an outcast—part outlaw, part victim—she is dangerously positioned in relationship to material and discursive abuse.” To that end, I still have no interest in shaming Black women for their sexual choices.

I want for us to make whatever sexual choices we make on our own terms. That means we must not forget that the sexual violence done to us—whether we’re being raped, called “thots” for having sex with too many people, called “sinners” for having sex with women, called “sluts” for having several children by different men, or called “hoes” for having our cleavage out—is done because people are determined to do us harm, not because we’re not being “good girls.” At the same time, I do not want to perpetuate the popular idea that the Black Church is homogenous, always already oppressive to poor folks, LGBTQ communities, and women, to name a few. In fact, some of my scholarship problematizes discourse that scapegoats Black communities, including Black religious spaces, for being more heterosexist and/or heteropatriarchal than others.

Still, Bynum is a powerful force in contemporary Black Christianity, and her influence cannot be ignored. Since she posted “No More Sheets 2” to her Facebook page on January 30 (almost 20 years after the release of the book), it has garnered 1.2 million views, almost 33 thousand shares, and over 91 thousand comments. And while it is not lost on me that many Black male religious figureheads—and Black folks that aren’t officially affiliated with any church—spew rhetoric that is just as heteropatriarchal as Bynum, sometimes much more so, I will always vehemently reject Black folks doing harm to ourselves simply because “other” people harm us or others and “get away with it.” Yes, Black men have been worse. Yes, white folks have been worse. And yes, these distinctions are critical, as our best analyses are always multilayered, multidirectional, and multivocal. Nevertheless, I will never measure the well-being of our community by what “they” do, as we must remain committed to always trying to do better—for us. 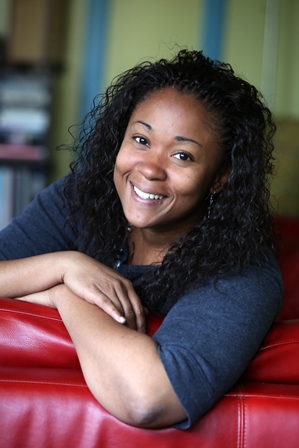 Heidi R. Lewis is Associate Director and Assistant Professor of Feminist & Gender Studies at Colorado College and an Associate Editor for The Feminist Wire. Her essay “An Examination of the Kanye West’s Higher Education Trilogy” was published in The Cultural Impact of Kanye West, and her article “Let Me Just Taste You: Lil Wayne and Rap’s Politics of Cunnlingus” was recently published in the Journal of Popular Culture. She is also the author of forthcoming essays that examine FX’s The Shield, VH1’s Love & Hip Hop, and Bravo’s Married to Medicine. She has given talks at Kim Bevill’s Gender and the Brain Conference, the Educating Children of Color Summit, the Motherhood Initiative for Research and Community Involvement, the Gender and Media Spring Convocation at Ohio University, the Conference for Pre-Tenure Women at Purdue University, and for the Kampagne für Opfer Rassistischer Polizeigewalt in Berlin. She has also been a contributor to Mark Anthony Neal’s NewBlackMan, NPR’s “Here and Now,” KOAA news in Colorado Springs, and KRCC radio (the Southeastern Colorado NPR affiliate), Bitch Media, Racialicious, and Act Out. Heidi and her husband, Antonio, live in Colorado Springs with their two children, AJ and Chase, their cat Max, and their dog Philly. Learn more by following Heidi on Twitter at @therealphdmommy and by visiting her FemGeniuses website.