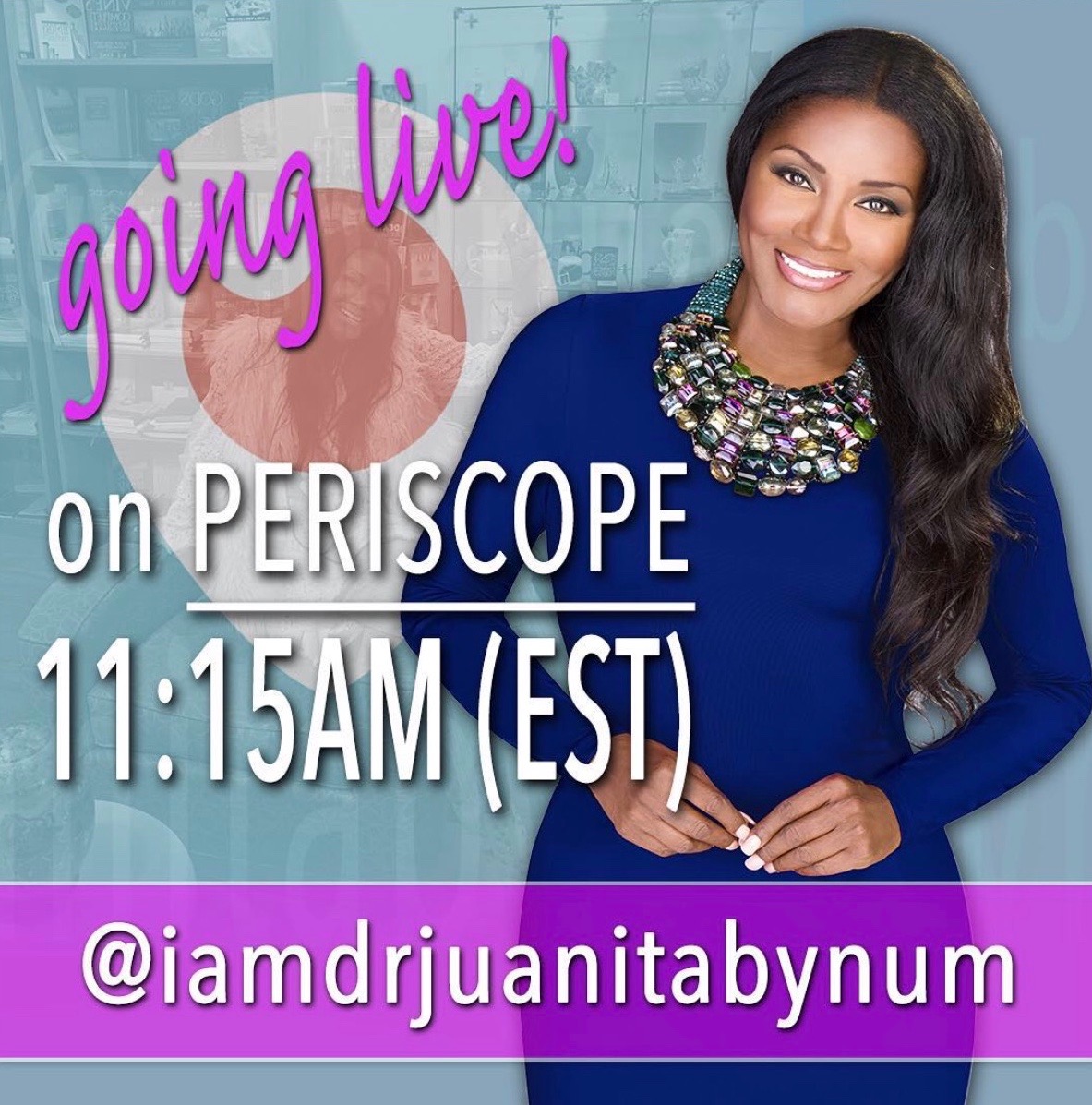 Among the many gems that Rev. Dr. Juanita Bynum provided in the widely distributed “No More Sheets Part 2” Facebook live stream video she posted on January 30, 2017, her use of the word “jiggling” in the above quote struck me as an internalization of a heteropatriarchal gaze. In my forthcoming gastromusicological research​, I analyze how this sort of gaze has been performed throughout twentieth to twenty-first century African American vernacular music such as jazz, hip hop, and gospel. This male-authored and often male-performed repertoire of songs feature remarks derived from spectating the “jingling,” “jam,” “shake,” and “jelly” constitution of Black women’s bodies, more specifically their ample aft and fulsome fore, as well as comments about the qualities of the flow of their bodies while they are in motion. At the epicenter of the observation and derision in this repertoire, is men’s contemplation and negotiation of potentially consuming women’s bodies.

One may recall, for example, New York born rapper L.L. Cool J’s 1990 recording, “Jingling, Baby,” from Walking with a Panther in which he asserts his dominant identity in a misogynistic and homo-antagonistic message. Alternately injected between the verses is a refrain in which a docile female voice cautions the women wearing gold bamboo earrings while dancing, “They’re Jingling Baby,” to which L.L. Cool J responds coaxingly, “Go ‘head, baby.” The woman’s musical call is spoken at a higher pitch than L.L. Cool J’s voice, which creates an acoustic depth perception that she is at the forefront and urgent, while he is posited somewhere slightly farther away and chillin’. The refrain does not continue the plot in the verses, but rather, functions as a musical interlude using female bodies in motion. The women’s sounding, moving bodies are a welcomed distraction in the middle of the male posturing being recounted in the song.

I evoke L.L. Cool J’s “Jingling Baby” because it phonetically, structurally, socially, and kinetically resembles the contradictory nature of the chastisement Bynum offered when her argument is situated within what I call –to borrow from Luce Irigaray – the phallic economy of Pentecostal and charismatic Christian worship in which the “booty” is often a destination. Like in L.L. Cool J’s song, I find within Bynum’s critique a similar assertion of dominance as a “mother of the church” who is also a preacher. She ministers from one of the most coveted male-coded spaces in African American religious life, largely because hetero-presenting men are imagined to have primacy in the domain of pulpit ministry (“Are All The Choir Directors Gay?” by Alisha L. Jones 2016). Any other women who enter into that space are vying for the gaze that she has worked so hard to attract through her gifts.

To be clear, I agree that ministers should dress appropriately for their roles as worship leaders, , preparing with consideration of the local context and by the leading of the Spirit. However, I do not think that Bynum’s use of ridicule — her style of describing women’s anatomy or her ideals of attire and posture for leading worship — was an effective approach to ascribe dignity to other women of God seeking her wisdom. Moreover, even though Bynum’s publicity feature still shots using the very attire she discourages other women from wearing, she discounts an emerging trend of body fitting women’s attire, or the lack there of, as they lead worship front and center, high and lifted up on platforms that she may share. Acting like a first lady and thinking and speaking very much like a preacher man, she has internalized and transmits a script that incorrectly makes body shaming a holy process for her daughters in ministry. A process that reinscribes them as spiritual and social submissives disallowed jiggling movement. Instead, they are encouraged to get wrapped up, tangled up, and tied up in robes, SPANX, and more sheets.

Additionally, her remarks reveal two sides in the engineering of worship within heteropatriarchal contexts. On the one hand, there are the female preachers, nurses, ushers, evangelists, and church mothers who parrot “You’re jiggling, baby,” a metaphoric shorthand for the types of scripts that restrain Black women’s embodied response to the Holy Spirit. On the other hand, the musical telos of historically African American Pentecostal worship is to get the “saints” to shout. Ask any instrumental or vocal musician whose livelihood is based in Pentecostal worship. Ask any Pentecostal preacher. Ask them! They can even tell you how to steer believers to that ecstatic moment REGARDLESS. A good shout that draws out all the participants’ dopamine and endorphins, stimulates their feelings of transcendence and gets saints to dance like David, naked and unashamed equals larger offerings. And so while Bynum chastises other women from her perch as the leading lady, the Pentecostal worship experience that is driven by the predominantly male prerogative coerces women with the musical “Go ‘head, baby” in the metaphoric background.

And so, I would like to pose these questions: Since many church pews are predominantly filled with women (over 60% according to recent Pew Research), who is really being tempted by the jiggly women that Bynum is admonishing? In what ways does her internalization of this heteropatriarchal script of shaming jiggly women manifest as a form of same-sex desire or envy? 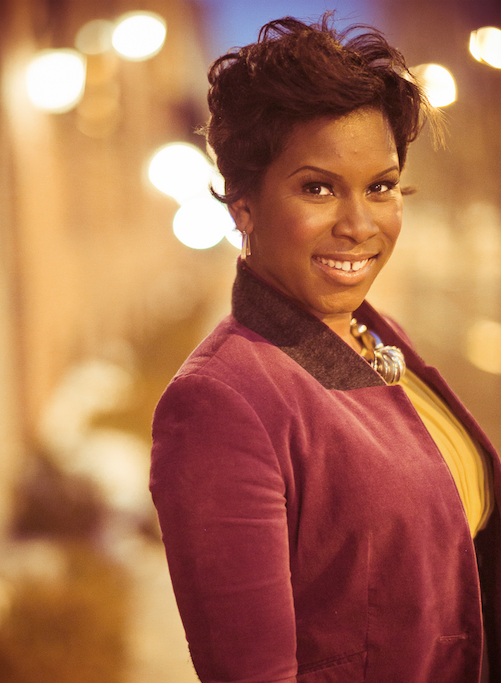 Alisha Lola Jones, PhD is an assistant professor of ethnomusicology in the Department of Folklore and Ethnomusicology at Indiana University (Bloomington). Dr. Jones is a graduate of The University of Chicago (Ph.D.), Yale Divinity School (M.Div.), Yale Institute of Sacred Music and Oberlin Conservatory (B.M.). In spring 2016, she received a College of Arts and Humanities Institute (CAHI) grant to expand upon research on music of the African diaspora to the Pacific islands, focusing on Pacific African American womens’ musical and artistic responses to the #BlackLivesMatter and #SayHerName movements in the US territory of Guam. Dr. Jones’ research interests include musics in the African diaspora, gender & sexuality, men’s studies, public sector arts administration and emerging research on gastromusicology. Additionally, she consults seminaries and arts organization on curriculum and programming development.