A Black Crip’s Perspective on Fashion and Embodied Resistance 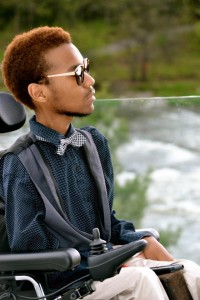 My mentor Darnell L. Moore’s recent piece, Black Freaks, Black Fags, Black Dykes: Re-imagining Rebecca Walker’s “Black Cool” jolted my consciousness about the ways in which our aesthetic, as bodies transgressing societal norms, can be a site of empowerment. Several years ago, I made a conscious decision to dress to the nines every time I appeared in public. For as long as I can remember, I have loved fashion – so much so that I almost pursued it as a career, before my trajectory changed and resulted in a lifelong commitment to social justice advocacy.  Of course that is not to say that I couldn’t have pursued a career in fashion while becoming a social justice practitioner. I don’t subscribe to dichotomous logic, but I digress.

I became deeply invested in the (re)construction of my aesthetic, not because of my love for fashion, but rather because I recognized the ways in which it functioned as both a major site of resistance against ableist assumptions about my body and a repository of ableist standards of being.

I discovered that when I wore sweats and lounging-around-at-home clothes in public, the gawks I got from non-disabled strangers were slightly more condescending than the gawks I got when I wore trendy, fashionable clothes. Over time, I realized that non-disabled folks re-inscribed my casual attire with a social meaning that rendered my body the personification of dishevelment and neglect. I think this is largely because, within the able normative imagination, a visibly disabled body clad in sweats and lounging-around-at-home clothing invokes a longstanding and recycled representation of Crips as the objects of deprivation and targets of charity. This reductive representation is made all the more stark by the fact that I am a Black Queer Crip of the African diaspora. 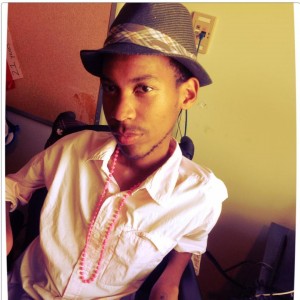 Of course, there are myriad reasons why visibly disabled people are seen almost-always wearing unusually casual attire. For one, they’re practical. If you are sitting in a mobility device all day, everyday – then wearing tight clothing with lots of buttons and pockets is a recipe for tremendous discomfort. Also, some fashionable clothes are unaffordable for the overwhelming majority of Crips who are cash-poor because the political economy is simply not conducive for our meaningful participation. Whatever the reason, disabled people shouldn’t experience dehumanization because of the ways we choose, or not, to fashion ourselves.

Clothes are deeply imbued with the insidiousness of power relations when attached to the bodies wearing them. A hoodie carries the threat of violence when it clads the bodies of young black and brown male-identified and masculine of center people. Wearing the niqab and/or burka catalyzes the white savior industrial complex to step in and declare euro-western conceptions of womanhood as the universal benchmark of gender based equality, denying Muslim women their agency. In my case, sweats and clothes labeled “frumpy” engender pity. And that is why I refuse to wear them in public.

When I “wheel” through the world donning one of my “super-fly” waistcoats over a crisply pressed button-up white shirt, held together by a brightly-colored signature silk bow tie, that is an act of resistance and decolonization because I am exercising agency over my aesthetic, albeit within larger structures of constraint. By doing so, I challenge the sociocultural imposition of an expected (drawing from ableist tropes) way of being. Indeed, I am giving ableism the middle finger.

At the same time, I recognize the limitations of this sort of embodied resistance. If non-disabled people take me seriously only when I am dressed up, then that practice, in and of itself, reflects the insidious (re)entrenchment of ableism. In other words, I am attempting to be subversive, through the (re)construction of my aesthetic, within the confines of the able normative imagination. The tremendous amount of time, energy and level of ability that goes into looking good (whatever that means) and dressing to the nines almost every single day takes time, energy, and ability not always accorded to my black queer crip body. I’ve come to realize that very often, for the sake of our survival, we must subscribe to hegemonic standards of ontology and desirability because those standards have social currency that in some cases lessen the threat of violence and in other cases improve economic conditions. Looking fierce may not transform systems that actively work against my body, but it has and continues to help me reconfigure space through self-definition.  Moreover, it empowers me to unapologetically take up (and reconfigure) more space.