Five Things "The Sessions" Gets Right: Sex and Disability on Screen – The Feminist Wire

Home / Culture / Five Things "The Sessions" Gets Right: Sex and Disability on Screen

Five Things "The Sessions" Gets Right: Sex and Disability on Screen

So much of criticism, feminist critique included, hinges on highlighting what is wrong. In the case of film reviews, we so often ask what on-screen narratives convey about difference and the status quo. For an industry the prides itself on innovation, misogyny occupies the limelight so often that one might even call it formulaic. (Epic fail, Hollywood.) The same is true of representations of other kinds of difference, be they differences of race or religion, nationality or ability.

This is why it’s so startling, so exciting, when a film that garners critical acclaim does many things well. From the point of view of film watchers looking for a great story, there’s a lot to love about The Sessions. But even from a critical vantage point, The Sessions stands out as a film that gets so many things right. 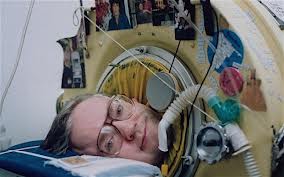 Mark O’Brien was a poet, a Berkeley graduate student, a community organizer, a cultural critic, and a journalist. Mark O’Brien was hilarious and vulnerable and generous. He believed in treating all labor, especially that of his caretakers, as intrinsically valued. He knew that the ways we treat disability say something very ugly about our culture. Mark O’Brien was a risk taker—venturing into publishing and human connection and sex. He craved love and success. He knew that both depended on self-determination.

At its core, The Sessions is a portrait of a relationship between a surrogate partner and her client, but through The Sessions, we come to know Mark O’Brien (John Hawkes) as layered and contradictory. In sharp contrast to representations of disability in popular culture that tend to rely on a pity trope that emphasizes dependency or an overcoming trope that overstresses rugged individualism, The Sessions does not reduce Mark O’Brien to post-polio syndrome. To be sure, Mark O’Brien self-identifies as disabled, but here disability shapes a multifaceted human experience.

Consider that in their first meeting, Cheryl Cohen Greene (Helen Hunt) is clearly curious and perhaps surprised to see Mark’s body. One she describes in her memoir An Intimate Life as, “slight, only four-foot-seven and around seventy pounds.” Critically though, Mark’s disabled body does not elicit pity from Cheryl. When Mark points to some money, Cheryl’s compensation for her work, and then asks, “That was the wrong way to start off?” Cheryl replies, “It really was.” As opposed to an equivocating or patronizing response, Cheryl engages with Mark as an adult, one who can be called out for denigrating (albeit unintentionally) her labor. Scenes show Mark shopping for his own clothes, hiring caregivers, writing. By depicting Mark’s life, this film version of a real-life man pulses.

Perhaps most significantly, it is Mark who tells the story first. We see Mark start his work on writing what presumably became his renowned 1990 essay “On Seeing a Sex Surrogate.”

2. Disability and sexuality are not mutually exclusive dimensions of human experience.

The Sessions is a not a film about sexuality or disability. Rather, sexuality and disability are inextricably linked throughout. In addition to the social stigmas and structural barriers directed towards disability, those with disabilities are routinely perceived as non-sexual. By contrast, Mark’s sexual desires are articulated from the outset, and Mark’s sexuality is an active force in the narrative. While The Sessions may revolve around Mark’s pursuit to have his first sexual encounter, Mark is represented as a sexual being with desires and fantasies that pre-exist his encounters with Cheryl. Given the ways in which the equation of non-sexuality and disability operate to infantilize people, depicting Mark as always already a sexual being is groundbreaking.

3. Sex and intimacy that happen outside of marital bonds, long-term relationship, or enduring partnership can be transformative.

Most reviews of The Sessions devote an inordinate word count to unpacking the differences between sex surrogates and sex workers. Defending surrogacy against associations with “prostitution” is tinged with all sorts of moralist righteousness. It also helps to situate surrogacy as a “helping profession.” In portraying the complex and nuanced dimensions of Cheryl and Mark’s connection, The Sessions tells the story of an intimate relationship that leaves both parties changed. And yet, the film does not culminate in marriage or even love, at least not long-lasting love. Rather, first comes financial transaction, then comes sex, then comes greater self-knowledge. There are no wedding bells here or even romantic references to possible domesticity. 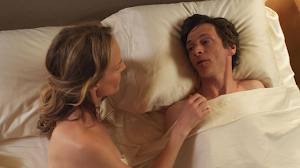 It’s important, too, that the film depicts Cheryl’s relationship with her husband. Perhaps because their marriage has reached that moment of routine predictability, the marital bond appears less intimate than the relationship between Cheryl and Mark. I’m not suggesting that there’s nothing there, but what I am suggesting is that in juxtaposing these two relationships, the film challenges the notion that sex that happens a few times, for pay, or between relative strangers never has meaning. In The Sessions, it’s precisely this kind of sex and intimacy that has radically transformative potential. It’s interesting to note that reviews that invest so much in qualifying surrogacy as not sex work ignore how sex work fulfills emotional needs in ways not dissimilar to surrogacy.

4. Religion and spirituality are spaces where people work out sexuality in multifaceted ways.

Catholic imagery—stained glass windows, a Eucharistic consecration, the Confessional—figures prominently in the film, but interestingly Catholic caricature does not.  Since the sex abuse scandal, the relationship of the Catholic Church to sexuality is often grotesquely depicted as all shame, pathology, and brimstone. Without a doubt, the Catholic Church is responsible for constructing an infrastructure that suppresses adult sexuality and produces unconscionable sexual victimization. But my own admittedly lapsed Catholicism speaks to a Church with a more dynamic, imaginative relationship to sex. While Catholic doctrine may discourage masturbation and stigmatize queerness, the Catholics of my upbringing—specifically the teachers and nuns and priests who staffed my Catholic schools—had subtle ways of conveying that idea that rules, especially those related to sexuality, might be considered suggestive rather than compulsory. 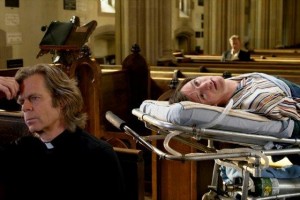 “My penis speaks to me, Father Brendan,” Mark reveals to his Priest, played by William H. Macy. Mark attends Mass daily and regularly seeks out confession. Not surprisingly, his decision to see a surrogate is one he wrestles with spiritually. Ultimately, it is Father Brendan who tells Mark, “Go for it.” This is not the Catholicism of popular caricature. Rather, the relationship between Father Brendan and Mark O’Brien, while grounded in a shared denomination, is forged as together they wrestle with moral questions complicated by lived experience.

5. Sex is about communication and intimacy…and it’s about sex.

What comes through in The Sessions is something Cheryl Cohen Greene emphasizes in her book—successful surrogacy results in the formation of skills that can be used in future relationships. Clients, as Mark does, learn how to ask questions and express needs; they learn how to talk and think about sex. But The Sessions does not purport, as so much pop-sexuality education does, that sex has very little to do with what happens between the sheets (or on the kitchen floor) and everything to do with what happens between the ears.

Of his iron lung, Mark O’Brien writes, “It’s huge and ugly and yellow but it works.” Sex is messy and scary and fun. It’s a human need and want and hope for folks who identify as disabled and those who are unconscious of their own temporary able-bodiedness. Likely nominee Helen Hunt will not win an Academy Award for her performance, but The Sessions wins as a widely consumed cultural artifact that disrupts in powerful ways how we think about both disability and sexuality.