A Sliver of Silver in "Silver Linings Playbook": A Look at Mental Illness in Film – The Feminist Wire

Home / Culture / A Sliver of Silver in "Silver Linings Playbook": A Look at Mental Illness in Film

A Sliver of Silver in "Silver Linings Playbook": A Look at Mental Illness in Film

Hollywood is notorious for the ways it presents and brandishes mental health to mass audiences.  In the rare instances in which a major motion picture even introduces concepts of mental health, critique inevitably swirls around the overall message the writers and actors are trying to achieve. If I think K-Mart sucks, do I meet the diagnosing criteria for autism like Dustin Hoffman’s character in Rain Man? Or can K-Mart just suck, no psychiatric strings attached? 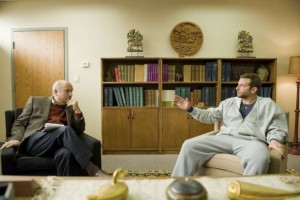 Hollywood has adopted a very formulaic approach in its depiction of mental health. Characters struggling with mental illness are most likely assigned the same types of disorders over and over again: bipolar, depression, schizophrenia, and/or anxiety. Of these four potential diagnoses facing the character(s), three types of symptoms emerge: violent outbursts, unpredictability (which causes extremely uncomfortable scenes for the characters and audience), and the idea that wellness is limited because the issues above are all caused by chemical imbalances. And chemical imbalances are the equivalent of Manifest Destiny to the human genome.

Silver Linings Playbook is no exception, and its limited portrayal of psychiatric struggles has proved wildly profitable for Hollywood. Not only is the film nominated for Best Picture at this year’s Academy Awards, but it has grossed nearly $100 million dollars as of last week. Despite the monetary success, Silver Linings Playbook dilutes the impact of a chronic, pervasive illness in someone’s life.

When I first saw the movie, I found it cute. Which is a pretty patronizing reaction to something as intense as mental illness. But the movie is cute, which is exactly the problem. You watch as Pat (Bradley Cooper) comes to terms with his life after being institutionalized for a violent outburst (cliché #1) that resulted from finding his ex-wife having an affair during their marriage. His moods are unstable and he takes his bipolar medication sporadically, instead believing his obsessive workout routines can stabilize him in ways psychotropic medication cannot (cliché #2). He soon meets Tiffany (Jennifer Lawrence) through mutual friends. Tiffany has endured her own share of suffering as a young widow and has lost her job for sleeping with her coworkers as a coping mechanism. “Be careful,” Pat’s dad (Robert DeNiro) advises, “That girl does a lot of therapy.” And there’s cliché #3.

I left the theatre telling my friends exactly the opposite of what I am now suggesting– that the movie was actually quite a refreshing take on mental illness. In their moments of emotional breakdowns, neither character grabbed their heads in despair, the way mental illness is so frequently depicted in art and video. Tiffany’s character is an extremely strong woman, refusing to apologize for her sadness and the quirky manifestations it sometimes brings. Pat’s character is trying to come to terms with the life facing him outside the walls of a psychiatric hospital. His home life is tense because although his mother has her heart in the right place, she also does not totally understand her son’s needs. Pat’s dad is obsessive-compulsive and sometimes moody from his anxiety, further adding to a home life that is less therapeutic and more triggering.

The movie created scenarios that suggest the burdens of mental health and the social obligation to heal are not controlled entirely by the individual sufferer. It dances around the idea that Pat spitting out his medication is largely to blame for his delayed healing, but so is his tense home life. The movie acknowledges boundaries, but does not push them into a revolutionary space in which we socially redefine the image of a psychiatric patient. It is exactly why the movie is cute and not earth-shattering, a love story more than an existential awakening. And what does it say about the history of mental health in film if I am impressed by the mere fact that the characters did not grab their heads when struggling emotionally?

My distaste for the movie evolved as I read the novel Silver Linings Playbook by Matthew Quick (who did not write the movie screenplay). Pat’s character is more deeply defined in the book, with heartbreaking details that likely resonate more with individuals who have experienced mental illness. Pat has no idea how long he has been institutionalized when he gets out and, contrary to the movie’s eight-month stint, the book has him heavily medicated and under surveillance for four years. The author also never identifies Pat’s illness specifically, though one can assume it is a mood disorder of some kind. Still, he is never labeled as being “bipolar” as he is in the film, which adds to the uncertainty patients often face in understanding their illness. 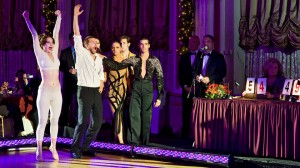 The dance competition is the most pivotal moment in the movie, and also the most patronizing. Tiffany has scouted Pat to be her partner, and they have practiced intensely on a routine. They arrive and Pat realizes they will be competing against professional dancers who are all waxed and shiny and probably smell of cocoa butter. When Tiffany and Pat perform, they produce a rhythmically-challenged dance which is clearly meant to induce laughter, including a moment when Tiffany’s crotch is awkwardly in Pat’s face after they don’t completely pull off a lift.

This is the scene most people have told me is their favorite from the movie, but which I find problematic for a number of reasons. The characters have no idea their performance is so hilarious, and so we have a moment in which society is laughing at the characters and their illnesses. This scene reinforces the stereotype that those with mental illness are unpredictable and socially awkward, that they cannot (or will not) understand their true places in society (but bless their little hearts for trying!).

Adding to the patronizing effect is the fact that the book unveils this scene very differently. Tiffany is actually competing at a dance competition for women who have survived depression, and who have used dance as a primary coping skill (rather than sleeping with coworkers, but that is a whole different issue). She has competed every year and feels she will have a stronger routine with a partner, thus inspiring her to train with Pat earlier in the book. While the two of them are noticeably the oldest contestants, there is no reason to believe they are acting outside the social boundaries of decency. Their dance, choreographed by Tiffany, receives a standing ovation, tears, and loud applause. It is artistic, soulful, mesmerizing, enchanting, thought-provoking, and healing. In the novel, the competition is not even a competition– there are no winners or losers because the point is for characters to depict their struggles through movement. As a reader, I was not laughing through this part of the book; I was emotionally engaged and finally starting to grasp the pain that lies behind the characters’ chronic sadness, grief, and loss. It is an entirely different dance than the one depicted in the film now nominated for multiple awards.

So, just what is the point of portraying this scene with such mocking undertones in the film? There are many answers to this question, and you may have your own ideas. It seems, however, that the film desperately tries to package mental illness in pretty wrapping paper and a bow, to make it seem shiny and less complicated than it really is. The film shows characters with mental illnesses failing to be socially appropriate and successful in the most pivotal moments. For the record, I’m all for throwing up one’s hands and being socially inappropriate, but the screenplay took away an accomplishment from both characters that was achieved in the book, creating a way for audiences to laugh at the realities facing psychiatric patients. 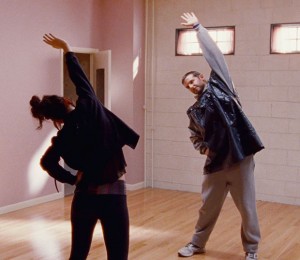 The characters’ failed attempts to integrate with society resonate with the expectations society frequently has for mental health patients who experience joblessness, homelessness, relapses, suicide attempts, emotional setbacks, and so on. This makes a world of difference when discussing and portraying mental health. It also reinforces the idea that mental illness will always linger in the lives of those diagnosed and medicated, and their accomplishments are therefore limited, for the most part, to tacky costumes and a failed crotch-lift.

Oh, but bless their hearts for trying.