"Beasts of the Southern Wild": An Affective Review – The Feminist Wire

Home / Culture / "Beasts of the Southern Wild": An Affective Review

"Beasts of the Southern Wild": An Affective Review 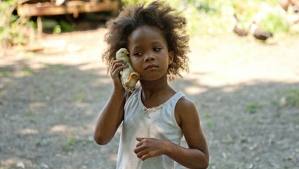 I have a confession:  I didn’t like Beasts of the Southern Wild.  And I don’t fully understand why. Don’t get me wrong; there were a number of wonderful facets to the movie. The beautifully textured cinematography and score were, at times, literally breathtaking. Quvenzhané Wallis’s portrayal of Hushpuppy was both perfectly quiet and understatedly fierce (she is now the youngest Academy Award Best Actress nominee ever). The film bravely delved into uncomfortable depths of the contradictory and conflicted relationship one can have with a parent, especially when confronted with the inevitable loss of that parent – in this case, Hushpuppy’s simultaneous terror of and unyielding love for her father, Wink.  But, in spite of all these positives, something just didn’t feel right. 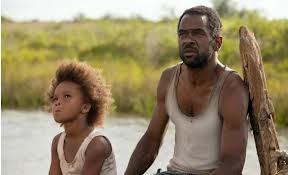 I realize I am asking more questions than I am answering but that is exactly what the film did for me. What does Beasts of the Southern Wild really say to its audience? Does it create a fantasy world where differences are no longer marked and/or remarked upon (at least from within the same socio-economic group)? Or does it solidify a sense that blackness and race can only be welcomed and celebrated (in Hollywood and everywhere else) when visually present – enough to be included – but mute(d)?

Related ItemsA Space on the Side of the RoadAcademy AwardsCultureDiane ArbusentertainmentFamilyKathleen StewartQuvenzhané WallisRegionRobert MapplethorpeU.S.
← Previous Story A Sliver of Silver in "Silver Linings Playbook": A Look at Mental Illness in Film
Next Story → Django in Philly